Years ago (1980 – 1995) I was considered the king of “brain allergies” (if so, Doris Rapp would have been Queen). I had case after case of psychiatric maladies and neurological malfunction that was traceable to allergies, notably something the person was eating, affecting brain function. Problems could be as wide-ranging as bipolar disorder, to muscular dystrophy; ADHD,  to schizophrenia; autism to depression, with countless non-specific symptoms in between.

Charles Dickens knew about food allergy and hearing voices. He had Scrooge attribute the ghost of Marley to a bit of food he’d eaten. “You may be an undigested bit of beef, a blot of mustard, a crumb of cheese, a fragment of an underdone potato. There’s more of gravy than of grave about you, whatever you are!”

In fact brain allergy symptoms could be almost ANYTHING, because the brain is the seat of our perceptions.

I’m not saying this to boast, because I was far from the first—just an early adopter. My true mentors were great pioneers: Herbert Rinkel, William Philpott, Bill Rea and the great, the unsurpassed, Theron Randolph. Philpott even wrote a book (1980), with a man I never met, Dwight K. Kalita, called Brain Allergies: The Psychonutrient Connection. 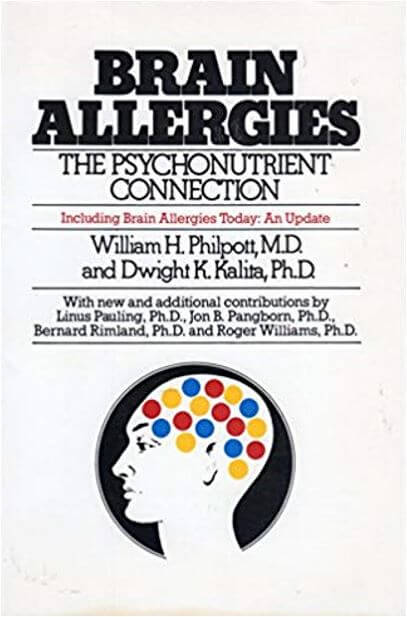 It’s a book every doctor should be FORCED to read. In it there is the amusing story of healing so many patients at the psychiatric hospital, these two pioneers were thrown out! They were ruining business by curing patients mainly with diet. Incidentally, I was also very impressed by their discovery that stopping smoking would cure half the patients anyway.

Smoking is particularly destructive to schizophrenics and, remarkably, orthodox doctors have noticed this too. HOWEVER, THEY STILL HAVE NOT COME TO A CONSENSUS TO STOP PSYCHIATRIC PATIENTS FROM SMOKING! Duh!

All this brings me to my pivotal book PSYCHIATRY WITHOUT DRUGS (originally published as “Transforming Mental Health”, which was not my choice). The theme of the entire book is that almost NOBODY is mentally ill. The real root cause of the patient’s struggles in mind and spirit is always found to be some physical issue, like hormone imbalance, extreme chemical sensitivity, vitamin and mineral deficiency, stealth pathogens, systemic inflammation, or—my special favorite—food allergies. Often, of course, there was a mixture of these issues.

The patient’s problem was his or her lifestyle, not “mental illness” (which is almost impossible to define anyway). Things often got complicated because a person mis-diagnosed and left to suffer mentally for decades is likely to end up psychologically disturbed, as a result of that failure and neglect, not as a prime disease. Depression was the very least of these responses I saw. Wouldn’t you feel depressed if you’d spent years hearing voices and psychiatrists said (as they still do) “There are no voices, you’re crazy”?

OF COURSE THERE ARE VOICES. We all hear them inside our head. Noisy and silly voices are not a disease or illness; they are a disorder, at most. I’ll abandon  that thread here but not without remarking that my book PSYCHIATRY WITHOUT DRUGS: SAFE HOLISTIC SOLUTIONS TO STRUGGLES OF MIND AND SPIRIT features the “Hearing Voices” movement, in which patients are tossing their pills, ignoring the psychiatrist and talking to their “voices”, which then settle down, once acknowledge as REAL! 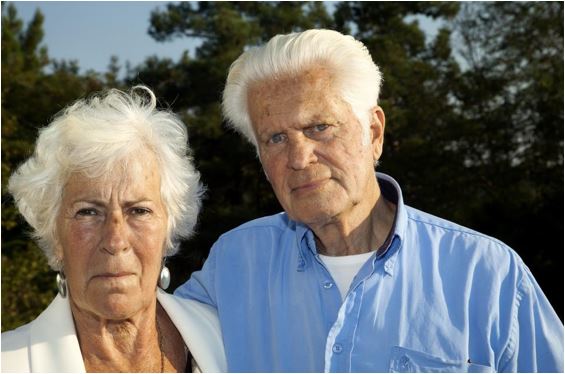 There have been few more humanitarian developments in Western medicine in the last 50 years!

So What’s This About?

It’s not about Dickens or Christmas! It’s about yet another very interesting study, along the lines of my fabulous book. It showed how much probiotics could help bipolar disorder: about 100 times more effective than stupid, dangerous drugs! But then, a hug works wonders that meds can never do!

Bipolar disorder (used to be called manic-depressive psychosis) can be a debilitating disease. It’s very hard on patients, family, colleagues, and friends too. The manic phases can profoundly disrupt people’s quality of life. The person can be so active, ambitious, positive and without boundaries, that he or she becomes a menace. This is the patient who will be found naked in the park, on a mission to teach the world about love.

Sadly, recently in Arizona, a naked man wandering the stress in distress was shot dead by a policewoman, armed to the teeth with weapons, because (I quote) “The moment was very intense”. Who was the real psychopath here? Where does this jittery officer suppose a naked man could hide a weapon? Or was she overcome with the size of his weapon? (joke)

The strange thing is the way the bipolar patient cycles, up and down. There are times when he or she is entirely “normal” (on the way up or the way down, same). But the hardest times are when he or she is most active. The patient is a menace to their own self.

Reminds me: I got called to attend a raving manic case one night, about 3.00 am. “Armed and dangerous” was the report. When I arrived, I thought “Thank God, there are two cops to help me out.” But they just said “He’s in there, Doc “, pointed through the door, and left me to it! The patient was sitting dejectedly, holding a knife and sobbing. He probably just needed someone to talk to. Unfortunately, I was bound in those years to forcibly admit him to hospital for care.

Back to the 2019 study: researchers from Johns Hopkins University School of Medicine designed an interesting protocol to determine if probiotics could help people who had been discharged after a manic flare-up to avoid rehospitalization. The study randomized 66 patients with bipolar disorder who had been admitted to hospital for mania. They were divided into two groups of 33 patients and given either a combination of two probiotic species (Lactobacillus and Bifidobacterium) or a placebo.

All patients were asked to continue taking their regular bipolar medications and followed for a total of 24 weeks. Importantly, before the start of the study, the researchers identified which patients had higher markers of inflammation (that is, people with most overall inflammation in their body).

The results were striking, to say the least. Probiotics more than HALVED the rates of rehospitalization (51% in the placebo group and 24% in the group who took probiotics. Put another way, the reduction in readmission was 74% lower in the probiotic combination compared with the placebo group. DON’T LOSE SIGHT OF THE FACT THAT THE PLACEBO GROUP WERE TAKING DRUGS SUPPOSED TO SUITABLY MANAGE THEIR CONDITION.

But the most significant finding was an almost 90% reduction of hospitalization in the group with the highest inflammation score and who took probiotics. Additionally, patients who took probiotics and were rehospitalized stayed in the hospital on average 2.8 days, compared with 8.3 days for those taking placebo (almost 2/3rds less in the probiotic group).

No drugs could even come close to that success.

The latter stats speak to costs because it’s not cheap to keep a psychiatric patient in hospital—and don’t get me started on the inhuman brutalization of patients in there, or the eventual costs of THAT (it’s the first thing I address in the introduction to my book though: A PROFESSION WANTING OF HUMANITY).

There is growing body of evidence that mood disorders may be related to overall inflammation and to changes in the bowel flora (aka. the microbiome), We have learned that probiotics may help improve a variety of health conditions, in part due to their anti-inflammatory effect.

This study adds to the growing body of data that suggest gut flora has an effect on psychiatric states. As Marcelo Campos, MD, wrote for the Harvard Health Blog, June 25th, 2018, “We still do not know if an intestinal microbiome disarray is the cause of mania and bipolar disorder. However, this research supports an assertion that overall inflammation is associated with gut inflammation, which in turn can modulate mood disorders, or at least severe cases of mania for bipolar patients.”

But evidence for a “gut-brain axis principle” is more robust, especially after some studies showing that the type of bacteria that live in our bowels could cause brain inflammation. This most recent research indicates that we could potentially manage the symptoms of severe cases of bipolar disorder merely by changing the makeup of our microbiome.

I’d go further and say that changing the diet (food allergies) is even more crucial. I treated hundreds.

The new Johns Hopkins study was small, but the selected patient population had a more severe form of bipolar disorder. All the more remarkable then that they were helped so dramatically. Similar studies for patients with milder symptoms of depression and schizophrenia found little to no effect when comparing probiotics to standard treatment.

But it’s cheap and safe to add probiotics to regular mood medication and it has the potential to save a patient from an onerous and more or less ineffective system.

I’ll drink to that… And to a Merry Christmas and Happy New Year. Cheers! 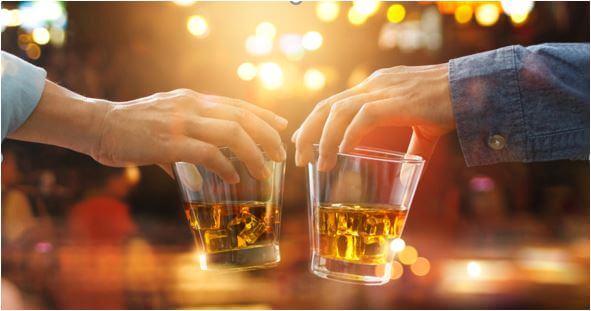 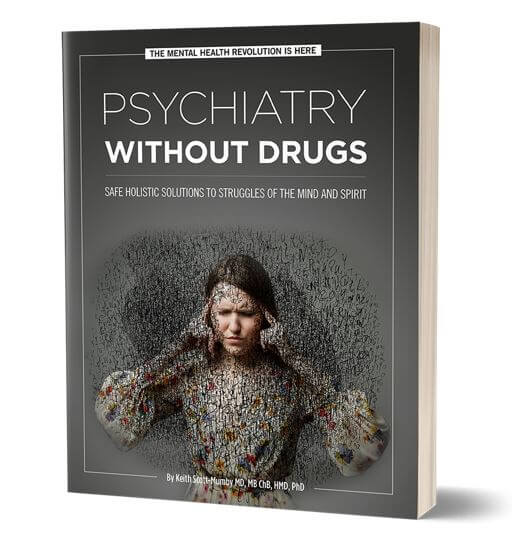 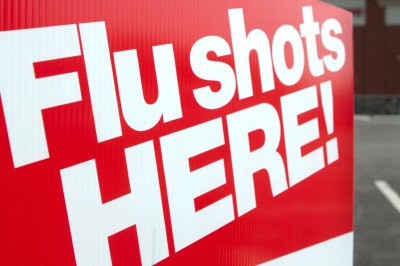 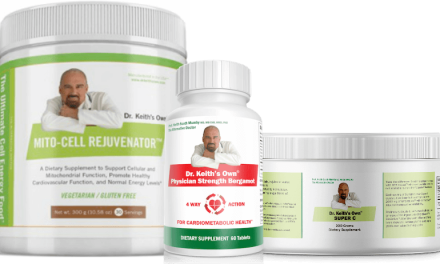 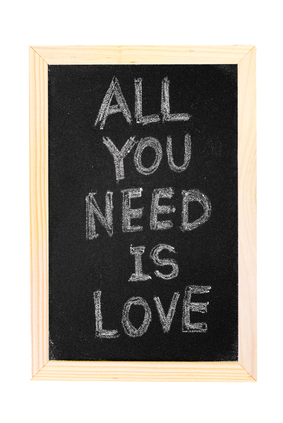 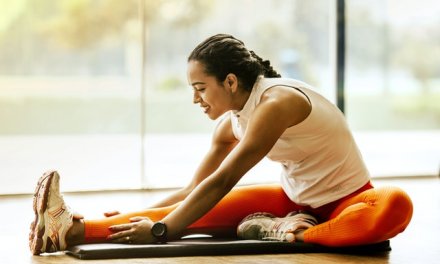