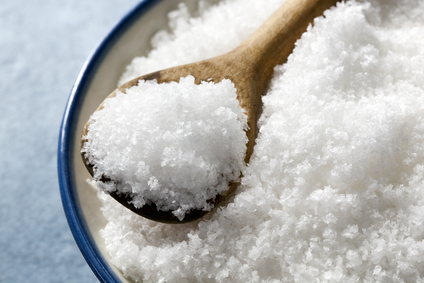 I’ve talked a lot recently about the protective effects of salt. Such a position doesn’t sit well with others in the medical community who almost unanimously endorse a low-salt diet.

They point the finger at salt and blame it for heart disease – despite the fact that the Institute of Medicine found no evidence that a low-salt diet helps in regards to heart disease. They do the same thing with fat.

An Ancient Weapon against Infection

A recent study published in Cell Metabolism found that mice given a high-salt diet had a better immune resistance to skin-infecting parasites and invading microbes. The higher sodium content in their skin provided a therapeutic benefit that took researchers by surprise.

Thousands of years before the invention of antibiotics, salt was used as a method of warding off the risk of infection at wound sites. Patients who present with bacterial infection on their skin also show high levels of salt accumulation in the area. Salt stimulates the body’s production of macrophages (immunity cells) and promotes healing. Higher sodium levels are also prevalent in the skin of older people.

Researchers involved in the study – who still blame sodium for disease – hope to find a drug that mimics the same antimicrobial effect of salt. They freely admit that they don’t completely understand the role of salt in the human body.

His colleague during the study, microbiologist Jonathan Jantsch with Universitätsklinikum Regensburg and Universität Regensburg, went on to explain their endorsement of a low-salt diet but added, “Nevertheless, in situations where endogenous accumulation of salt to sites of infection is insufficient, supplementation of salt might be a therapeutic option. This needs to be addressed in further studies.” 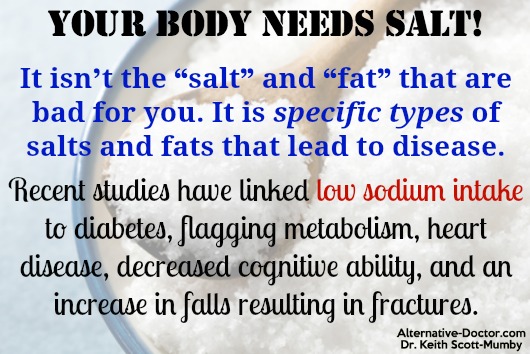 Heads Stubbornly in the Sand

It isn’t the “salt” and “fat” that are bad for you. It is specific types of salts and fats that lead to disease. To understand why “real” salt is good for you, you need to understand what role sodium plays in your body.

A crucial component is your potassium-to-sodium ratio. Your body is made of 70% salt water and you require salt to live. The levels recommended by most doctors are less than half what was once believed to be best for wellness.

The accepted modern diet results in an imbalance, which leads to a deficit of potassium. Experts estimate that we consume 40% less potassium than we need.

The answer is not found in limiting salt and the protective effects of salt but in raising potassium. Foods such as spinach, kale, sweet potatoes, squash, citrus, beans, seeds, and nuts are excellent natural sources of this essential vitamin. Avoid “low-sodium” labels that also mean “low-potassium.”

Processed foods in general contain no potassium and far too much salt is added to preserve and flavor. Less than 10% of your salt intake comes from food preparation or what you add to your plate at the table.

The rest is processed garbage – filled with terrifying chemicals – that is added to the foods you eat by unscrupulous food manufactures. Foods that are processed and pre-packaged aren’t really “food” at all. If you have food in your kitchen that comes from a box or a can, get rid of it!

Ammonia, cyanide, bleach, and sulfuric acid are just a few of the chemicals found in “refined” (bright white with fine grains) salt that you find on grocery shelves. That’s the stuff added to pre-packaged foods. The way table salt is created strips away most of the minerals that natural salt contains and that your body desperately needs to survive.

Real salt is off-white, soft, slightly moist, and tastes like the ocean. Consumed exactly as it exists in nature means no chemicals, no heavy metals, and all flavor. Your body won’t reject it because it can be absorbed and utilized properly.

Your body can’t process the toxins and heavy metals found in refined table salt, which makes proper nutritional sodium, potassium, and hydration difficult for your system to achieve. As much as 70% of the population in the United States suffers from chronic dehydration. Doctors are not always right and food manufacturers who slap fancy labels on their foods are never right.

Nature, on the other hand, is usually right. Check out my other articles on the many protective benefits of salt. Getting too little sodium and potassium creates an internal struggle on the cellular level. If you seem to “crave” salty foods, your body might be trying to tell you something. Listen to your body! 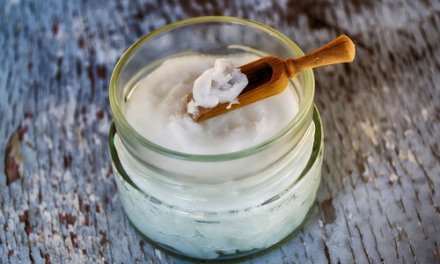 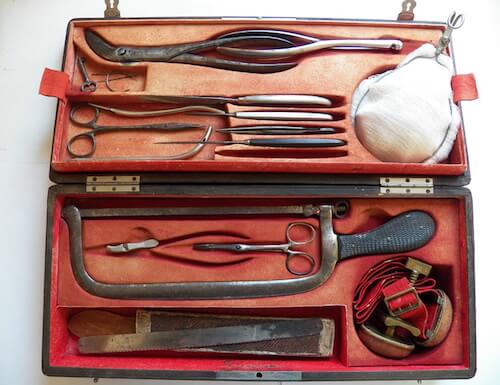 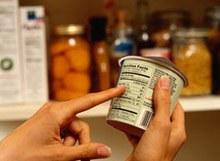