The technical word is a bacteriophage (which means “eater of bacteria”), or often just phage for short. Special viruses have this useful skill. We may harness them for deliberate use, pumping phages into a person challenged with a bacterial infection. We call this “phage therapy”.

The idea has been around since the 1920s and kept alive in Russia and Eastern Bloc countries, where phage therapies are used regularly. There was even some interest in the West, but after the discovery of antibiotics in the 1930s and 40s, doctors and scientists lost interest (as with the Rife machine and other antibiotic “alternatives”).

Today, with the collapse of antibiotics and the emergence of worldwide, dangerous and drug resistant bacteria, phage therapy suddenly starts to look attractive again and is being re-introduced here. 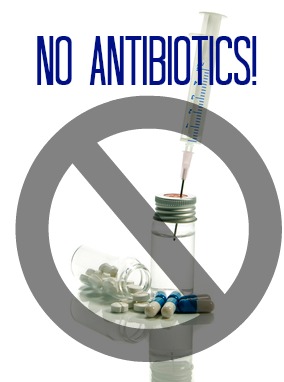 There may come a time when you have to trust your life to a bunch of invisible marauders, let loose in your body! Phage therapy has many potential applications in human medicine as well as dentistry, veterinary science, and agriculture.

People need to get over their natural revulsion at a virus infection. There are good guys out there! We have even developed “oncolytic” viruses, meaning they destroy cancer cells.

Phages (I’ll use the shorter term from now on) were first identified by English microbiologist Frederick Twort in 1915 and again in 1917 by French Canadian microbiologist Felix d’Herelle.

Not long after his discovery, d’Herelle used phages to treat dysentery, in what was probably the first attempt to use bacteriophages therapeutically. The studies were conducted at the Hôpital des Enfants-Malades in Paris in 1919 under the clinical supervision of Professor Victor-Henri Hutinel, the hospital’s Chief of Pediatrics.

The phage preparation was ingested by d’Herelle, Hutinel, and several hospital interns, in order to confirm its safety before administering it the next day to a 12-year-old boy with severe dysentery.1

The patient’s symptoms ceased after a single administration of d’Herelle’s antidysentery phage, and the boy fully recovered within a few days. This experiment was never officially published.

The efficacy of the phage preparation was “confirmed” shortly afterwards, when three additional patients having bacterial dysentery and treated with one dose of the preparation started to recover within 24 hours of treatment.

The first study to enter the medical press came in 1921, when Richard Bruynoghe and Joseph Maisin used bacteriophages to treat staphylococcal skin disease.2

They injected bacteriophages into and around surgically opened lesions, and the authors reported regression of the infections within 24 to 48 hours. Several similarly promising studies followed, and encouraged by these early results, d’Herelle and others continued studies of the therapeutic use of phages.

For example d’Herelle used various phage preparations to treat successfully thousands of people having cholera and/or bubonic plague in India.1

Bacteriophages are much more specific than antibiotics, meaning one phage will only attack and “eat” one particular bacteria and no other. Each infection requires a particular phage to treat it. Consequently phage mixtures are often applied to improve the chances of success, or samples can be taken and an appropriate phage identified and grown.

On the plus side, phages can hypothetically be chosen to be indirectly harmless not only to the host organism (human, animal, or plant), but also to other beneficial bacteria, such as gut flora, thus reducing the chances of opportunistic infections.3

They have a high safety factor, that is, phage therapy would be expected to give rise to few side effects.

Another big advantage is that, since phages replicate inside the patient, a smaller effective dose can be used. In fact a repeat dose may not even be necessary.

Phages are currently being used therapeutically to treat bacterial infections that do not respond to conventional antibiotics, particularly in Russia and Georgia.4

Phages are especially promising for biofilms, bacteria which secrete themselves a protective polysaccharide layer, which antibiotics typically cannot penetrate.

Isolated from Western advances in antibiotic production in the 1940s, Russian scientists continued to develop already successful phage therapy to treat the wounds of soldiers in field hospitals.

In WW2 phages were also used to treat many soldiers infected with various bacterial diseases e.g. dysentery and gangrene.

Russian researchers continued to develop and to refine their treatments and to publish their research and results. 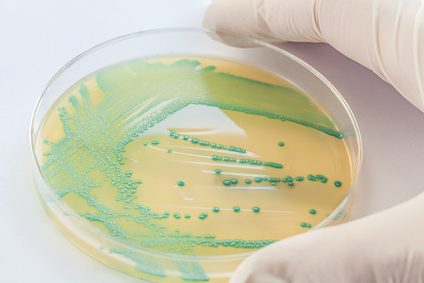 However, due to the scientific barriers of the Cold War, this knowledge was not translated and did not proliferate across the world.

A summary of these publications was published in English in 2009 in “A Literature Review of the Practical Application of Bacteriophage Research” and my subscribers who are practitioners may want to pursue this reference.5

There is an extensive library and research center at the George Eliava Institute in Tbilisi, Georgia. Phage therapy today is a widespread form of treatment in that region and so far as I can determine, testing for phage strains for use in the United States has to be done via labs in Tsibilisi.

Phages could even open up a line of advance against that dread affliction of teenagers: acne. It turns out that those who don’t get acne have a phage-type virus on their facial skin.

It’s probably why the causal bacterium, Propionibacterium acnes, does not flourish and cause zits.6

Scientists have used genetic sequencing to identify 11 new viruses with the potential to kill the P. acnes bacteria that leads to intense breakouts. Other promising present-day research is pointed at bed sores, leprosy and drug-resistant staph infections.

What About Resistance to Phages?

Good question. It’s possible. But phages are live too and so they can fight back!

Just as bacteria can evolve resistance, viruses can evolve to overcome resistance (however, the ability to evolve raises certain safety questions).7

The body might also mount its own attack on phage viruses. I found one study from Poland in which that happened to 2 out of 44 cases. It’s always a theoretical complication.

A few research groups in the West are engineering a broader spectrum phage, and also a variety of forms of MRSA treatments, including impregnated wound dressings, preventative treatment for burn victims, phage-impregnated sutures.8

My own interest in this topic was refreshed last week, when I met a Russian MD well-versed in phage therapy. I had a friend in the same city who had been successfully treated for an MRSA infection, using phage therapy. This got me thinking…

I am pursuing more of this line of therapy and will keep you posted on future developments, including where to get supplies.

In the meantime get yourself a copy of How To Survive In A World Without Antibiotics — because you are in such a world already! It’s now available in a print version, as well as the quick, easy digital download.