Most people know, I think, that in over 70 years of trying, doctors and scientists have utterly failed to come up with a vaccine that protects us from the common cold. Often mis-named the “flu”, which is altogether a different and more severe disease, the common cold (coryza) is caused by a very naughty virus called the corona virus! It keeps changing all the time; morphing into new antigenic forms, which makes it very hard for the immune system to beat it. In effect we start fresh every time the winter season comes along.

In fact you can get many colds in one season, this is such a crafty and versatile virus. Not deadly, thank goodness. But a big nuisance. 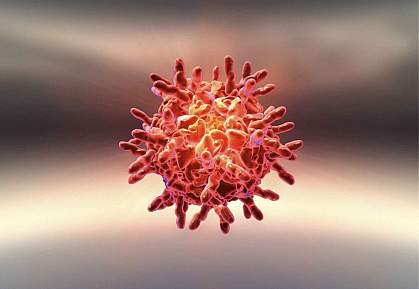 The sneaky corona virus (looks a bit like a crown)

Probably finding a vaccine against it is a hopeless, lost cause. Within weeks it will become  useless; the antigenic make up of the offender has mutated yet again. That’s why there has never been a successful vaccine against the corona virus.

Yet, we are told, they have now solved this problem and within a matter of WEEKS come up with a vaccine that works; works every time; and works for everybody. Do you sense that funny smell around here?

Well, they call it a vaccine. But it’s not designed to stop you getting the disease. No pharmaceutical company has ever made that claim. So vaccine is probably the wrong word. It’s based on gene-modification technology. Messenger RNA (mRNA) can induce changes in the way your genes manifest; what’s called the “expression” of your genes.

It’s quite a story, actually, and knowing more about it will help you understand what the current “vaccines” are supposed to do (and why they don’t).

When Professor Richard Jorgensen, a plant scientist at the University of Arizona in Tucson, tried to make his petunia flowers a deeper shade of purple, he had little idea that he was about to find the key to one of the hidden mysteries of life and one of the most promising weapons in the war against viruses and cancer.

Jorgensen decided he would try to make purple petunia flowers even more purple by injecting them with the gene for pigment coloration. To his surprise, the flowers bloomed white. Instead of the two sets of pigment-producing genes complementing each other, they seemed to interact by mutually turning themselves off.

It’s important to note that the purple gene did not vanish. It was still there in the DNA. It just stopped having any effect!

At the same time as these experiments were taking place, molecular biologists had been working on something called “antisense” technology. This was a way of turning genes off using a close cousin of DNA called RNA (ribonucleic acid).

Antisense worked by injecting into a cell a molecule of RNA that was complementary in its genetic sequence to the RNA of the cell involved in giving instructions for the synthesis of proteins. It was hoped that an antisense strand of RNA would block the manufacture of a particular protein, by shutting off the gene.

But yet again something happened that was unexpected. Scientists found that the antisense technique worked best when the RNA was injected in the form of a double-stranded molecule, instead of its usual single-stranded form.

Trouble was that nobody understood the mechanism, never mind why this is so. Just that you could “turn off” a gene, by using RNA as a catalyst of change.

The first BIG clue as to what was going on came when Andrew Fire, a researcher at the Carnegie Institution at the Johns Hopkins University in Baltimore, Maryland, looked into the problem. He too had been interested in injecting antisense material into tiny nematode worms to study the switching on and off of genes.

Andrew Fire, later professor of pathology and of genetics at the Stanford University School of Medicine. He was awarded the 2006 Nobel Prize for Physiology or Medicine, along with Craig C. Mello, for the discovery of RNA interference.

As part of normal science routine, Fire set up a “control” experiment which was neutral (not supposed to produce any results of interest) and was merely there to compare against the actual experiment. But again, to everyone’s surprise, something unexpected happened.

The control experiment never worked properly. It was far from dead and inactive! Not only was the normal gene shut off but the gene being implanted was shut off as well. Duh?

Fire’s team were surprised because it turned out the effect was not caused by the major component they were studying, but a contaminant that is known to be present when you make RNA in a test tube.

The team called their discovery “RNA interference”, or simply RNAi, and said how surprised they were about the ability of double-stranded RNA to silence genes in this way.

Everything was completely contrary to the science of the day. In fact, the “central dogma” of biology was that RNA was the necessary relay substance intended to carry the gene “message”, whatever that was, from the nucleus into the cell. In other words, RNA was supposed to be a kind of lubricant that allowed genes to make proteins, but instead it was acting as a spanner in the works!

There was still some big UNKNOWN factor at work in this switching off mechanism. I’ll shorten the story for you, though it’s fascinating in full—and everything science should be—by telling you that the RNA was found to be shedding tiny chunks, “small RNAs” if you like, that worked the magic.

Suddenly everybody realized that it would be possible to make these short, double-stranded RNAs in a test tube and tailor them to target a specific messenger RNA from a particular gene.

And that, My Dear Readers, is what is meant by the term “messenger RNA” or mRNA, a term which you will have heard a lot recently.

Yes, it is a kind of genetic modification (GM) process but whether evil or not depends on how you use the technology.

It meant that scientists could potentially turn off any gene at will. This is of enormous interest in treating diseases. By 2011, scientists had managed, in the test tube, to make human cells that were resistant to attack by the polio virus as well as human immunodeficient virus (HIV).

Biotechnology companies are ploughing millions of dollars into different ways to adopt the technology for medical use. Scientists are already working on ways of treating liver disease by silencing the genes of the hepatitis viruses in mice and of cancer by switching off tumor-inducing genes. Neurodegenerative diseases, such as ALS (Lou Gehrig) are also being targeted.

The DNA is not altered in any way, despite strident claims that it does. It simply blocks the genes. They remain intact.

IN THEORY, that’s what is supposed to happen with current COVID shots. I repeat, these will not stop you getting COVID. They do not even attempt to block infections. So any talk of “immunity” is fake, though bandied around a lot in the media.

Instead, the approach is to turn off the gene for creating the infamous Spike protein. Not a bad idea but how is that working out? It means inserting the message for “more spike proteins”, remember. You decide.

One thing is FOR SURE: there will never be “herd immunity” from COVID, no matter how many billions are forced to have this gene technology at gun point.

Therefore, it follows, there is no rationale whatever in forcing people, against their will, to have their spike protein gene switched off! It won’t help others around them in the slightest. All talk of responsibility for the rest of society is a con; a marketing trick!

Go figure, as you Americans say!