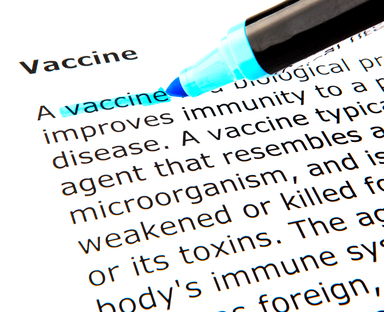 Merck Betrays Even Caring Doctors With Their Lies and Fraud

I think I’m most especially known for slaughtering sacred cows! (sorry to Hindus, of which I have many followers; this is a figure of speech). I killed a big one a couple of weeks ago, which seemed to upset a few (mostly those who were making money on public misconceptions).

Thing is, why are people following me, if all they want from me is to reinforce their existing prejudices? I don’t see the point. These are the people who run for cover when the blood starts running!

I’m supposed to be educational. That means sacred cows have a very short half-life!

Hey, you don’t even have to agree with me, anymore than you are required to agree with a college professor. The prof’s job is to stimulate thought and argument. Of course he (or she) has an opinion based on vast knowledge and experience—but that doesn’t mean it is, perforce, correct.

Most professors would welcome you speaking up and saying…that’s crap! Provided you have a good counter argument and not just a dyed-in-the-wool belief.

Just remember my admonition: beware the science from someone who is trying to sell you something. And that applies equally to people claiming to be holistic. There are scams in the holistic field, as surely as in orthodox medicine.

But where my thoughts are this week is that it isn’t always the person who is standing out front who is the liar. So the believers in Laetrile have clearly been influenced by the weird, convenient science peddled by the Krebs MD, father and son. They made it all so convincing. Sincere people still believe in the “natural” cancer cure nonsense.

Thing is, I can also feel keenly for the orthodox doctors, who might very well believe that, for example, the mumps vaccine is 98% effective, as Merck claim, and therefore consider it to be a valuable tool in the arsenal against disease.

This front line doctor (he or she) might innocently assume that the science, published in reputable journals, is valid and accurate and that, therefore, the FDA’s approval of the vaccine is reasonable.

Only when the sheer scale of Merck’s criminal executive activities and the machinations of the scumbag “scientists” who work for the company has emerged has it become clear that, among the many victims of the twisted lies, are caring and conscientious doctors who have been duped.

Heck, this was on such a breathtaking scale of falsehood, I could argue that even the viruses have been double-crossed!

If you don’t know the full story. It’s this, in brief:

In 2010, two scientists who had formerly worked for Merck, filed a lawsuit over Merck’s efforts to allegedly “defraud the United States through Merck’s ongoing scheme to sell the government a mumps vaccine that is mislabeled, mis-branded, adulterated and falsely certified as having an efficacy rate that is significantly higher than it actually is.”

They said Merck did this from 2000 onwards in order to maintain its exclusive license to sell the MMR vaccine and keep its monopoly in the US market.

In the complaint, the scientists outlined exactly how Merck manipulated the efficacy of results, in order to be able to say they had a 95% effective vaccine so that they could meet the goal of vaccine-induced “herd immunity” by 2010.

The problem, for them, was that the vaccine didn’t work; it had been diluted and altered from the original effective initial vaccine, derived from the five year old daughter of Maurice Hilleman, named Jeryl Lynn. This exact Jeryl Lynn strain has been in use in every mumps or MMR vaccine Merck has made since 1967.

But gradually, the organism has changed (as organisms constantly do), plus Merck were diluting it, to spin out their profits.

Bottom line: by the end of the 1990s, the virus was almost worthless and could not possibly achieve the desired efficacy requirements (95% or higher). So Merck’s “solution” was to deliberately cheat, lie and manipulate the figures.

The sheer scale of what was done has only become known through the whistle blowing of these disaffected scientists. It’s breathtaking in its criminal scale, effrontery and arrogant disregard of lives, health, integrity and science.

This is how Merck pulled off one of the scientific frauds of the century. They tested efficacy of the vaccine strain virus by vaccinating children and measuring the ability of their blood antibodies to neutralize the virus before and after the vaccine, by what is called plaque reduction neutralization (PRN) assay. To pass the test, it is necessary to have LOW pre-vaccination levels of antibody and greatly enhanced antibody levels AFTER the vaccination.

But since the results were not adequate, antibodies against mumps obtained from rabbits were added. The addition of rabbit antibody increased the efficacy to 100%. But that would reveal obvious foul play. So to hide this faking of results, the pre-vaccine “positive” tests were all recounted (and falsified). None of the post vaccine tests and none of the pre-vaccine negatives were recounted, just the pre-vaccine positives.[1]

Apparently, Merck achieved the impossible by fabricating the “plaque” counts on the pre-vaccine blood samples, counting plaques that were not there. Plaques are areas on cell culture dishes where virus attacks cells, demonstrating viral activity and lack of immunity.

Because of adding the rabbit antibodies to the pre-vaccine tests resulted in true reduction in viral plaques, these had to be increased in count—which was done by the simple expedient of faking the count and counting plaques which were not there. The whistle-blower complaint says that 45% of the pre-vaccine samples recounted were revised in this way.

As a result the pre-vaccine count appeared to show little immunity and the post-vaccine count showed a significant rise. Voila! The vaccine works, Merck gets the contract and makes all the dollars (the kids get sick and some die but who the hell cares about them?)

Well, of course the evidence of faking was all there, to be seen by any competent and honest scientists (are there any such in the FDA?) So there was still a risk of discovery and… God forbid… losing the lucrative contract. Solution? Easy: the plates used to recount the pre-vaccine fake-positive PRN tests were simply discarded just before the FDA arrived to inspect them.

This effrontery to science is so outrageous, it counts as a crime against humanity. All the Merck executives and the bulk of their scientists should be charged and tried for murder. Oh, did I say? Merck denies any wrong doing…

This fraud would have gone unnoticed, except that two courageous scientists voiced their objection. According to them, they were threatened that if they called in the FDA, they would be jailed. They were also reminded of the very large bonuses that were on the way after the vaccines were certified.

If what these scientists claim is true, the net result of Merck’s questionable activity was lack of any real immunity, resulting in epidemics and outbreaks. It is known that the mumps component of all MMR vaccines from the mid 1990’s has had a very low efficacy.

According to one paper on PubMed: “The observed effectiveness of any MMR vaccination adjusted for age, sex and general practice was 69%…This is consistent with the results of other observational studies of mumps containing vaccines, but lower than the immunogenicity of mumps vaccines reported by clinical trials.”[2]

What? You mean somebody could have been lying in the clinical trials?

Of course the proponents of vaccination simply claim that these outbreaks were caused by not enough people getting vaccinated or not enough doses. But this has already proven not to be so; it was a vaccination failure; the figures are clear. 51% of cases had been vaccinated at least once![2]

The proponents of vaccination will have none of these inconvenient authenticity problems; they “know” vaccinations works and it is flawless. And so Merck has increased its profits even more, by selling more of their criminally worthless junk for extra “boosters”, to combat the outbreaks they caused!

What a joke! As I said, my heart goes out to the doctors who believed all this crap science and many of whom still do; it’s simply unimaginable to most of the world’s doctors, that one of the bastions of the pharmaceutical industry would ever stoop to such shady tactics.

But remember Vioxx in which untold thousands of people died; estimates vary, upwards to 500,000. Journalist Ron Unz even points out that the death rate dropped suddenly for the entire nation, when that killer drug was taken off the market![3] Merck lied and covered that up for profits too. Human life doesn’t count for these slaughterhouse profiteers.

Did you know that Hitler invested heavily in Merck? It is a corporation founded on torture and human slavery. Maybe you didn’t know that? Well, you do now. Another sacred cow chewing cud in the big meadow in the sky!

Read The Basics About Mumps:

Mumps is typically a mild viral disease, most notably featuring a swelling of the salivary glands below the ear. Although this is the most easily recognized symptom of mumps, it occurs only in about 30-40% of cases. Other patients may have non-specific symptoms. Up to 20% of infected individuals may experience no symptoms at all.

Possible complications include meningitis; orchitis (testicular inflammation) in males, which can lead to sterility; inflammation of the ovaries or breasts in females; and permanent deafness in one or both ears.

In the United States, cases of mumps have dropped by 99% since the introduction of the Jeryl Lynn vaccine in 1967. However, in recent years there have been several outbreaks, even affecting individuals who have been supposedly “vaccinated” by the Merck junk

Of course the claim is that it needs “more vaccinations” to “solve” these outbreaks. 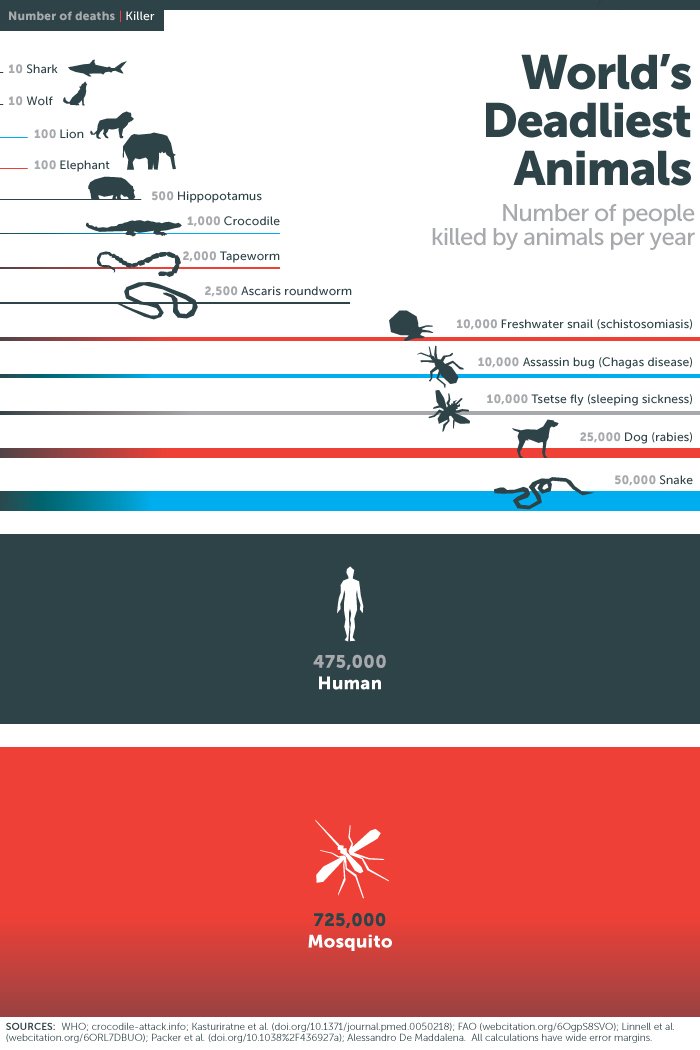 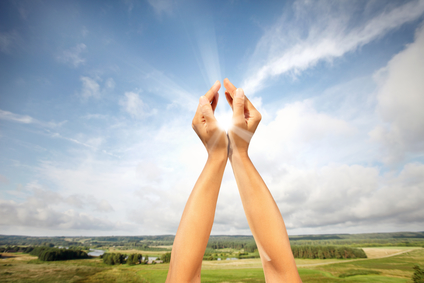