Electrotherapy – Discover the Electric Language of the Body for Ultimate Healing 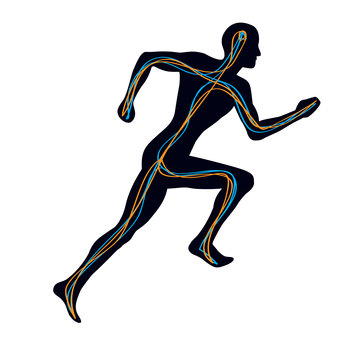 You will be learning more about the burgeoning specialty of Electrotherapy in times to come. I’ve devoted a whole chapter to it in my next book Medicine Beyond (which is a massive re-write and expanded version of Virtual Medicine).

True to its ridiculous history of attacking anything they didn’t think of first, medical orthodoxy has always viciously impugned any suggestion that electrical healing or Electrotherapy has validity and it’s been labeled charlatanism for the best part of a century.

Now they are having to eat humble pie and admit that claims, all along, had some validity albeit in a rather hit and miss fashion until the advent of modern scientific trials.

We’re now learning to speak the electrical language of the body – and using it to develop treatments for diseases from arthritis to diabetes and possibly even cancer.

It’s no surprise to me, of course, nor should it be to anyone who knows of Robert O. Becker’s classic book The Body Electric. He first wrote vividly about experiments with salamanders, in which correctly applied electrical currents could stimulate the remarkable regrowth of whole limbs.

I predicted in the first edition of Virtual Medicine that this is the direction healing would be going and introduced the revolutionary Russian SCENAR device, which swept the world as a result.

Cell migration and multiplication plays a key role in development and healing.

Most research in this area, true to form, has been on chemical factors, totally ignoring the energy element (bioelectromagnetism). Now several studies have shown that applying electric fields can affect cell migration and division as well.

Cells and tissues essentially function as chemical batteries, with positively charged potassium ions and negatively charged chloride ions flowing across membranes. This creates electric field patterns all over the body. When tissue is wounded this disrupts the battery, effectively short-circuiting it.

Take, for example, a Scottish study, at the University of Aberdeen in Scotland, looking into repair of the cornea (in the eye).

But in damaged areas this voltage disappears, setting up an electric field between the damaged area and the surrounding corneal tissue. By enhancing or diminishing this electric field, scientists found they could speed up or slow down the rate of healing.

The conclusion: the electric field is the primary driver of the healing process. As one of the researchers stated, it’s a big step forward to realize that fields play an important part in healing. They are just so far behind the pioneers in this!

Nowhere is the old adage more true than in this domain of bioelectromagnetic fields and healing (Electrotherapy), that discovery goes through four stages:

In 1757 John Wesley, the founder of Methodism, wrote in his diary of prescribing treatment with a specially made electrostatic machine for people “ill of various disorders: some of whom found an immediate, some a gradual cure”.

In 1882 James Wimshurst invented the machine bearing his eponymous name.

By the end of the 19th century, the work of Faraday and many others had produced a host of convenient ways of generating electricity of various kinds: electrostatic, direct current and low-frequency and high-frequency alternating currents. Each had its advocates and to each was ascribed marvelous healing powers for every conceivable medical situation.

Magnetos proved more convenient to use than the Wimshurst and other electrostatic machines, which tended to be temperamental and intolerant of dust. Catalogues of the General Electric Company in the late 19th century had a number of such devices.

Its 1893 catalogue illustrates nine magnetos, ranging from one 20 centimetres long, boxed in pine, to the Phoenix, boxed in mahogany with a dial “to measure strength”. Assorted electrodes “for foot, tooth, and ear, with plated handles” were available for the device.

Crank the handle and it generates a low-voltage alternating current. Instructions inside the lid claim that, when wound at the speed “most agreeable to the patient”, this magneto will treat no fewer than 50 ailments, from weak eyes to spinal and nervous diseases, debility, fits, paralysis and gout.

Early in the 20th century so-called “hydroelectric baths” became fashionable. A wooden or porcelain bath was fitted with plate electrodes. Sometimes medicines were added to the bathwater in the belief that the patient would thereby receive whole-body treatment through the skin, cataphoresis as it was called. Knowing what I know now, all these devices make sense and although they were not subject to modern-style scientific trials, there is little question they had benefit to some, at least equivalent to today’s pharmaceutical drugs.

I was pleasantly surprised in my research to find that the famous Mayfair chemists John Bell and Croydon, just around the corner from my former Harley Street clinic, at one time carried a range of electrotherapy devices.

They even had their own workshop, making induction coil machines tailored to what the doctor wanted for his patients in terms of output, portability and price, and the electrodes necessary to deliver the current where it was needed. 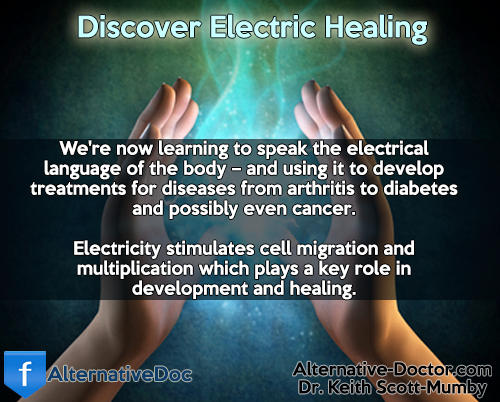 Historically, as far back as 1890, the American Electro-Therapeutic Association conducted annual conferences on the therapeutic use of electricity and electrical devices by physicians on ailing patients.

The effect of an electrical current on the body depends on its intensity. At 25 milliamps, the current, if it lasts for about 20 seconds, can stop the heart beating, so they are not inherently safe (the electric chair operates on this principle). But below 10 milliamps, whether direct current from a battery or an alternating current at ordinary mains frequencies (50 to 60 hertz), the current can create a rather pleasing tingle.

Writing in New Scientist, David Fishlock, an avid collector of these early devices, tells us that in the 1920s, a version of the Tesla apparatus, known as Roger’s Vitalator, began to make its appearance in barbers’ shops as a way of treating minor ailments, including bald patches and dandruff.

The barber would fit one of a number of glass tubes into an ebonite holder and switch on, whereupon sparks sizzled from the tube to scratch and tickle the pate. The maker recommended it for 127 conditions, including sexual debility, impotence and breast development. That’s barbers for you!4

Fishlock asks the question: do black boxes emitting electricity or rays have a serious place in medicine? There is no doubt that the early inventions attracted the “snake-oil merchants”.

As early as 1882, Silvanus Thompson, a fellow of the Royal Society and president of the Institution of Electrical Engineers, warned of the “gross impositions of the quacks and rogues who deal in the so-called magnetic appliances and disgrace alike the science of electricity and medicine while knowing nothing of either”.

We shouldn’t worry. Don’t forget Lord Kelvin (1824-1907), the greatest scientist of his day, declared that x-rays were a hoax!

When you consider that our entire nervous system works on electricity and electrical impulses its no surprise electricity can be used to encourage faster healing times by causing cells to divide and move easily through our bodies.

I’ll expand more on this fascinating field of science in Medicine Beyond which I’m busily working on – stay tuned!