Before I start, let me begin with a bit of confusion I started earlier in the week. I wrote to you all about joining me on Instagram. Some of you took that to mean I was not going to use email communications any more. Don’t worry. Nothing changes. Instagram is an add-on, not a replacement for what I already do! 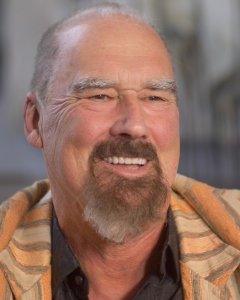 The interviewer asked a good question: what THREE THINGS do you consider really important, to beat aging and senescence and stay forever young?

First and Second Place were no brainers. I’ll share those another time. But this was one of those escalating lists: you know, where they count down from 3 to 2 to 1! Keep them in suspense for your top choice!

Posture is critical. As I told the interviewer, it’s the only one of the three where you can see from 1,000 feet that a person is aged. That characteristic stooped posture id deadly. It compresses your chest and breathing. But it also compresses your mind and spirit. It’s a shrivelling posture and that’s no good. Stand up straight!

And by the way, I pointed out that cell-phone and tablet users adopt the stopped “old person” posture frequently when looking at their screens. Don’t!

Chiropractors even have a name for this new “deformity”: texting neck or anterior head system! 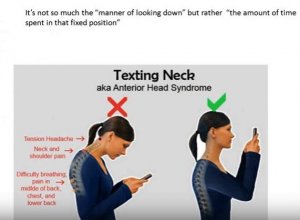 Movement is important too. I’m going to surprise you in a minute with what is THE NUMBER ONE activity that beats dementia (hint: it’s not jogging or golf!).

Daily exercise is important. It stimulates and tones up both body and mind. You know the old saying “healthy body equals healthy mind” (Mens sana in corpore sano). I couldn’t agree more. Exercise releases endorphins, increases circulation and therefore oxygen supply to the brain. Endorphins are natural feel-good substances in our bodies. But don’t just think in terms of swimming, jogging or cycling. Walking is very good and non-stressful.

Dancing is even better, since it has the added joy element, which reminds us we are young at heart and that life after all is great!

A 2003 study from Stamford University showed that dancing especially was valuable for beating signs of dementia! Dancing can lower stress and increase serotonin levels, with an accompanying sense of well-being.

Now it seems dancing can also make us smarter, or at least block the deteriorating brain function of aging, according to a study that was led by the Albert Einstein College of Medicine in New York City and published in the New England Journal of Medicine.1

Here are the findings in a nutshell:

One of the surprises of the study was that almost none of the physical activities appeared to offer any protection against dementia. There can be cardiovascular benefits of course, but the focus of this study was the mind.

However, there was one important exception: frequent dancing offered protection against dementia.

Here are the comparative results:

That’s a huge lowering of risk!

Why is dancing better than other activities for improving mental capabilities? Because typical ballroom dancing, where steps and coordination count (sorry boppers!), means a lot of snap decisions, especially for the woman or “follower”, who gets very little warning of what’s coming next.

But men, you can also match her degree of decision-making if you choose to do so.

The essence of intelligence is making decisions. The best advice, when it comes to improving your mental acuity, is to involve yourself in activities which require split-second rapid-fire decision making, as opposed to rote memory (retracing the same well-worn paths), or just working on your physical style.

One way to do that is to learn something new. Not just dancing, but anything new. Take a class to challenge your mind. It will stimulate the connectivity of your brain by generating the need for new pathways. Difficult classes are better for you, as they will create a greater need for new neural pathways.

Healthy, well-functioning seniors who undertake a type of computerized cognitive training that targets processing speed have a 29% reduced risk for dementia after 10 years, with those completing the most training sessions having the greatest benefit, new results suggest.

Cognitive training that focused on memory or reasoning alone did not significantly reduce the risk for dementia; only speed of reaction (note again what I said above about quick decision making in dancing).

This was a long study: 10 years, and followed 2785 original participants. Testing and re-testing was carried out at 1,2,3,5 and 10-year intervals. During the decade-long follow-up, 260 participants developed dementia.

Compared with the control group, the risk for dementia was 29% lower in the speed training group. But memory training made no difference to whether an individual developed dementia or not.2

What’s the take home? Fast gaming is probably the way to go. Online computer games specifically targeting seniors and getting them to interact, will probably come on stream during the life of my super-long-life book How To Live Beyond 100 Years. NOTE: When you get to the shopping cart it will say Aging Without Growing Old. SAME BOOK. You will get it called How To Live Beyond 100 Years. 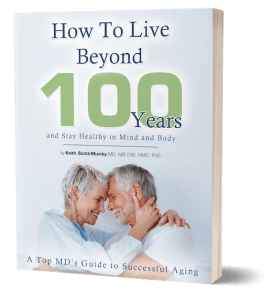 To dance and standing up straight!