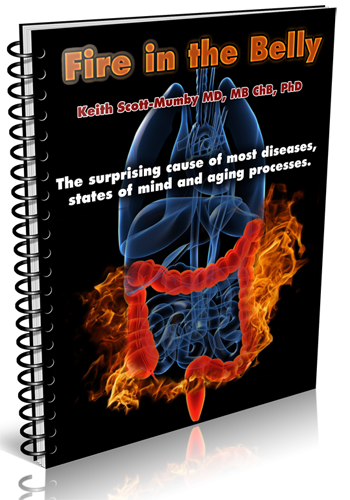 Vitamin K, the “forgotten” vitamin, is actually a mixture of two natural forms: K1 and K2. There are synthetic forms: K3 – K5 and it may appear that these can be somewhat toxic.

Vitamin K was identified in 1929 by Danish scientist Henrik Dam. He found deficiency of vitamin K caused spontaneous hemorrhages (bleeding) and restoring levels of K returned the blood to normal. It was named vitamin K, from the German word Koagulation (clotting); nothing to do with the sequence of letters starting A, B, C, D, etc.

Warfarin (Coumadin®) is an anticoagulant drug that works by inhibiting normal vitamin K function in the body. But the price for doing that is very high, as we shall see.

Vitamin K was also called phylloquinone or phytomenadione. It is synthesized by plants, is found in green leafy vegetables, and can be found in soybean oil.

Well, I learned about that over 40 years ago in med school. But knowledge has progressed by leaps and bounds since then.

The original blood clotting vitamin is designated K1, because we now have a vitamin K2, menaquinone, though this is actually a mixture of homologs (menaquinones).

K2’s action has nothing to do with blood clotting; it regulates calcium—specifically, it dictates where calcium is deposited in our bodies. Calcium is a worrying mineral: we need it in our bones and teeth. Blood levels are important to proper heart function. But anywhere else, it’s bad news.

When not controlled, calcium may be deposited in joints, muscles and—worst of all—in the walls of our arteries. Calcium in these sites is practically the definition of old age: crumbly, creaky joints and hardened arteries. Crusty. Think about it.

K2, it emerges, protects against inflammation, one of the prime causes of aging. Adequate K2 levels seem to protect us from dementia and also, incidentally, cancer. Specifically, research has found that vitamin K2 benefits include protecting nerve cells from oxidative stress and possibly reducing neuronal damage (slowing progression of dementia.) Vitamin K2 was found to reduce liver cancer in women and prostate cancer in men.

Vitamin K2 keeps our arteries soft, which prevents clots, heart attack and strokes, yet gives us good dense bone tissue. Preventing osteoporosis is very important to the elderly. Remember that a sudden fall and fracture of the femur in an elderly woman is a commoner cause of death than breast cancer. The famous Nurses’ Health Study followed more than 72,000 women for 10 years and found that women whose vitamin K intakes were lowest had a 30% higher risk of hip fracture than women with the highest vitamin K intakes.

So you could say that K2 is a very important, and often forgotten, vitamin against aging.

Vitamin K and the Heart

The number one marker for death by heart disease we use today is called coronary artery calcification. If the main arteries that feed the heart should fur up, like calcium scale in the plumbing of your home, it makes sense you are going to be a big risk of a heart attack and sudden death.

The figures bear this out.

The Rotterdam Heart Study revealed that participants who ingested the greatest quantities of vitamin K2 in their diet experienced a 57% reduction in death from heart disease compared with people who ingested the least. The same relationship did not hold for vitamin K1. [Geleijnse JM, Vermeer C, Grobbee DE, et al. Dietary intake of menaquinone is associated with a reduced risk of coronary heart disease: the Rotterdam Study. J Nutr. 2004 Nov;134(11):3100-5.]

Vitamin K and The Brain

Far from forgotten today, vitamin K2 is being intensively studied, especially as a prime brain nutrient.

Vitamin K is fat soluble and can easily cross the blood-brain barrier to provide antioxidant vitality to brain tissue. The brain is very rich in fats, especially omega-3 fats. Oxidized fats damage function and this is one of the main ways antioxidants prevent aging.

Researchers found that vitamin K is selectively present in white matter (where neuronal fibers run) and plays an important role in supporting the fatty myelin sheathing that protects axons, facilitating the speed at which the brain functions.

Animals with the lowest supplemental vitamin K levels displayed the highest degree of cognitive decline as they grew older, compared with the highest vitamin K group. The deficiency seemed to affect younger animals less but eventually it caught up with them, as they aged.

So if you want to fully function mentally when you are 90 or beyond, avoid cancer, stay supple and to keep the arteries of a much younger person, then you need plenty of K2! The bad news is that most of us are very deficient. That’s because most of it comes from friendly bacteria in the colon, which can manufacture K2 (and also, incidentally, can convert K1 to K2, if necessary).

But since the advent of antibiotics and the disaster of toxic GMO, we no longer have the right sort of bowel flora to work for us by producing healthy K2. The epidemic of dysbiosis that I refer to as “fire in the guts” or fire in the belly is aging us in a variety of ways, not least of which is because it keeps us K2 deficient.

That makes correcting your bowel flora a life-or-death matter. You don’t want to be old and aged crumbly? You had better put out that “fire in the guts”.

Dark green leafy vegetables provide a healthy dose of vitamin K1 but are not a significant source of vitamin K2.

Don’t even hesitate: you need to supplement dietary sources. Unfortunately, K2 is very expensive. But you should be able to afford 50 – 75 mcg. Then get the rest from your food. Vegetarians are in difficulty and vegans even more so. You need more supplementation.

Combined with fat, vitamin K2 absorption can rise by more than double. This is where the low-fat diet obsession is mainly killing people. Folks can’t absorb this important anti-aging vitamin without fat. Low fat in your diet is deadly; you need plenty of fatty fish, meats (grass fed and keep off processed meats and slime) and top it off with omega-3 supplements, such as krill oil or flaxseed oil.

I take so much omega-3 that when I went to the dentist for work last year, he couldn’t stop the bleeding! I should have discontinued the omega-3s days beforehand but didn’t think to do so.

Note: no known toxicity exists for vitamins K1 and K2. Take as much as you can afford.

These are many and varied. Generally speaking, any kind of bowel impairment risks a low vitamin K status. That includes dysbiosis, short bowel disease, cystic fibrosis, malabsorption, celiac disease and “fire in the guts” (any kind of inflammatory bowel disease).

Certain parasite infestations, such as the bigger worms, can compete for vitamin K and leave the host deficient.

To get your microbiome back in shape where it can help your vitamin K status (and just about every health condition you could name), get my “Fire In The Belly” book.

HFCS and cancer and heart disease and liver damage and 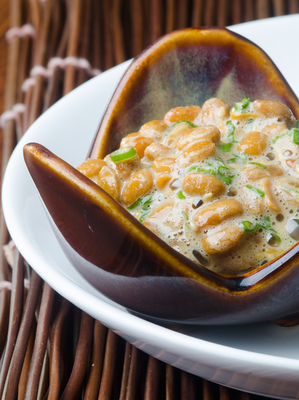