You would think it’s the season of love and goodwill, wouldn’t you? But actually it’s the season of family fighting and murder. Yes, MURDER. More people kill each other in family disputes at Thanksgiving than any other time of year.

Take one particular 2016 Thanksgiving gathering in Knoxville, Tennessee. Joel Michael Guy Jr. visited his parents and sisters at his parents’ house that they’d recently contracted to sell. The Thanksgiving meal went well, and the sisters returned home, but Joel attacked his parents with a knife that evening, dismembered their bodies and attempting to dissolve the body parts in chemicals before scattering the grotesque remains about the home

Another crazed family member was Paul Merhige in 2009. After finishing off a traditional Thanksgiving meal, the family gathered around a piano to sing Christmas carols. No sooner had they closed the piano lid than Merhige shot and killed his twin sisters—one of whom was pregnant—an aunt, and a six-year-old cousin and wounded a sister’s husband. “I have been waiting twenty years to do this!” Merhige confessed to Florida authorities with relief.1

Why am I telling you this? Just to upset your holidays?

Actually, I’ve repeated the warning frequently over the years since I came to live in the USA, because I have a special understanding to add. I’ll come to that in a minute.

In Europe, of course, we don’t do Thanksgiving. November fog and cold gives us nothing to be thankful for! Seriously though, the REAL Thanksgiving, shorn of all the B*S*, was nothing to do with thanks for the first harvest of the Pilgrim Fathers (yes, true, there was a festive meal). But the first use of the word “Thanksgiving” was a feast to celebrate the senseless slaughter of hundreds of native Indians, the Pequots. This story is just more American baloney dressed up as myth.

In 1637 near present day Groton, Connecticut, over 700 men, women and children of the Pequot Tribe had gathered for their annual Green Corn Festival, which is their equivalent of a Thanksgiving celebration. In the predawn hours the sleeping Indians were surrounded by English and Dutch mercenaries, who ordered them to come outside. Those who came out were shot or clubbed to death while the terrified women and children who huddled inside the longhouse were burned alive. The next day the governor of the Massachusetts Bay Colony declared “A Day Of Thanksgiving” because 700 unarmed men, women and children had been murdered.

Cheered by their “victory”, the brave colonists and their Indian allies attacked village after village. Women and children over 14 were sold into slavery while the rest were murdered. Boats loaded with a many as 500 slaves regularly left the ports of New England. Bounties were paid for Indian scalps, to encourage as many deaths as possible.

Following an especially successful raid against the Pequot in what is now Stamford, Connecticut, the churches announced a second day of “thanksgiving”, to celebrate victory over the heathen savages. During the feasting, the hacked off heads of Natives were kicked through the streets like soccer balls. 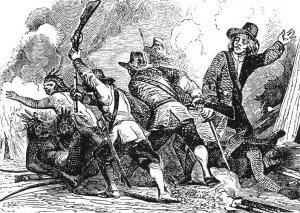 2 From wikipedia.com
The killings became more and more frenzied, with days of thanksgiving feasts being held after each successful massacre. George Washington finally suggested that only one day of Thanksgiving per year be set aside, instead of celebrating each and every massacre.

So Thanksgiving and murderous stupidity go hand in hand in this country. The fact remains that there is a huge uptick in violence in modern day USA at this season. Why? There are two medical reasons I know. One, as a friend quipped a few years back: “Too much DNA in the room.” People in the same family often have serious issues and conflicts which are not shared with strangers. Sometimes disputes just boil to the surface, because everybody is there stamping on each others’ emotional buttons and triggering bad feeling, which is likely what set off Paul Merighe’s savage rampage.

But the other reason is to do with food allergies. If you have read any of my books, especially DIET WISE you’ll know that one of the commonest reactions to food is what we call “brain allergies”. It can cause confusion, anxiety, brain fog, disorientation and depression. BUT ESPECIALLY A TENDENCY TO VIOLENCE.

I made medico-legal history in 1987, with a famous case of an Irish boy who was made murderously violent by food allergies. He had tried to strangle his stepfather. It was the first time a legal court, anywhere on earth, accepted evidence (from me) that food allergies could do this.

The boy pleaded guilty but was given a conditional discharge, the condition being that he stick to my recommended diet!

I have had many other cases, from a schoolboy who tried to punch his teachers to the ground, made wild by an allergy to wheat (he ate half a loaf per day), to a woman who tried to stab her husband. Brain allergies can cause a LOT of violence.

Food allergies are common offenders, because we put so much of the stuff in our bodies. What do we do most at Christmas and Thanksgiving? EAT! We stuff ourselves with excess levels of foods that are unsuitable and which inflame the brain: sugar, grains, stimulants, dairy +++. No wonder that violence is one of the outcomes.

That’s even BEFORE the alcohol.

Throw in drinks and it’s a recipe for disaster. Remember my friend and mentor, the late Theron Randolph (who admired DIET WISE very much, under it’s original title) used to say that alcoholic drinks were like “jet-propelled food allergy”. The mere presence of alcohol intensifies any tendency to react to the food. 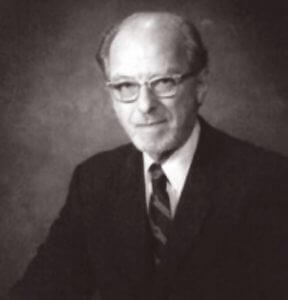 Ted Randolph
But what Ted Randolph taught me (and which I share in DIET WISE) is that alcoholic drinks all contain potent foodstuffs. Scotch whisky, for example, is made from sprouted wheat or barley (or both); American whiskey (Bourbon) is made from corn; vodka is no longer a potato brew, as was traditional, but manufacturers now take the cheap, easy route and make it with grains (Stolychnaya, Smirnoff, Grey Goose, Absolut, all those household names, are but a pale imitation of real Russian vodka).

I’ve explained ALL THIS AND A TON MORE in my magnificent book on mental illness of all kinds, from insane violence, to schizophrenia, depression, dementia and anxiety— AND ALL THE TREATABLE (CORRECTABLE) CAUSES, from food allergy, to hormonal imbalances, pyrroluria, vitamin deficiencies, heavy metal inflammation, parasites AND MORE—PLUS STRANGE THINGS like gender dysphoria, “hungry ghosts”, soul retrieval, possessions, and more…

KEEP THANKSGIVING SAFE IN YOUR HOUSE!
Get this book…