In the 1970s, anyone but an idiot was listening seriously to the emerging evidence that sugar was a major killer. The really smart ones didn’t get at all distracted by the saturated fat story (I’ve campaigned that we need saturated fat for brain health for over 40 years).

The major star of this emerging science was a Brit: John Yudkin, founding Professor of the Department of Nutrition at Queen Elizabeth College, London. He tackled the sugar issue head on, with a sensational book, with an equally sensational title (“Pure, White and Deadly” 1972). 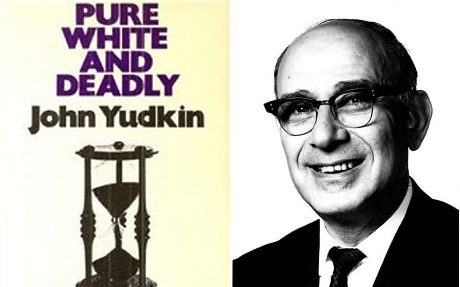 Pure, White and Deadly was written for a lay readership. Its intention was to summarize the evidence Yudkin had gathered since at least 1957, showing that the consumption of sugar was leading to a greatly increased incidence of coronary thrombosis; that it was certainly involved in dental caries, probably involved in obesity, diabetes and liver disease, and possibly involved in gout, dyspepsia and some cancers.

The book drew on studies from Yudkin’s own department and other biochemical and epidemiological research in the UK and elsewhere. Pure, White and Deadly was extremely successful. It appeared as Sweet and Dangerous in the USA, and was translated into Finnish, German, Hungarian, Italian, Japanese and Swedish. A revised and expanded edition was published in 1986.1

But Yudkin was badly mauled for his supposed “faulty” science; failure to incorporate possible confounding factors in his case-control designs (something Merck, Pfizer and the whole pharma crowd do whenever it suits them).

The message was extremely unwelcome to the sugar industry and manufacturers of processed foods. These firms employed a number of methods to impede Yudkin’s work. The final Chapter of Pure, White and Deadly lists several examples of attempts to interfere with the funding of his research and to prevent its publication. It also refers to the rancorous language and personal smears that Ancel Keys — the crooked American epidemiologist who had proposed that saturated fat was the primary cause of heart disease — employed to dismiss the evidence that sugar was the true culprit.

It is clear that Yudkin has no theoretical basis or experimental evidence to support his claim for a major influence of dietary sucrose in the etiology of CHD; his claim that men who have CHD are excessive sugar eaters is nowhere confirmed but is disproved by many studies superior in methodology and/or magnitude to his own; and his “evidence” from population statistics and time trends will not bear up under the most elementary critical examination. But the propaganda keeps on reverberating …2

Of course we now know that Ancel Keys was the psychopath criminal liar in this story (“Action speaks loudly in accusation,” said Shakespeare). He was the shill, his “science” bought and paid for by the food industry. It was widely accepted last year that his papers attributing arteriosclerosis and heart disease to saturated fats and cholesterol were simply phoney, with bent data.

Humankind should sue his heirs and assigns and get back every crooked dollar that he earned. That would be justice. Fortunately, no-one can argue his descendents are guilty of the millions of fake-science murders that Keys committed for his bent earnings.

The British Sugar Bureau put out a press release dismissing Yudkin’s claims as “emotional assertions” and the World Sugar Research Organization described his book as “science fiction”. When Yudkin sued, it printed a mealy-mouthed retraction.1

In the end, the efforts of the food industry to discredit the case against sugar were largely successful, and by the time of Yudkin’s death in 1995 his warnings were, for the most part, no longer being taken seriously.3

However, there were occasional candles burning, even then: despite the criticism that he had “no theoretical basis” to support his claims, following a successful publication of his book in America, the McGovern Guidelines for US dietary goals recommended, in 1977, a reduction in sugar intake “by 40 percent,”4 and the US-published guidelines in 1980 prominently advised “don’t eat too much sugar.5 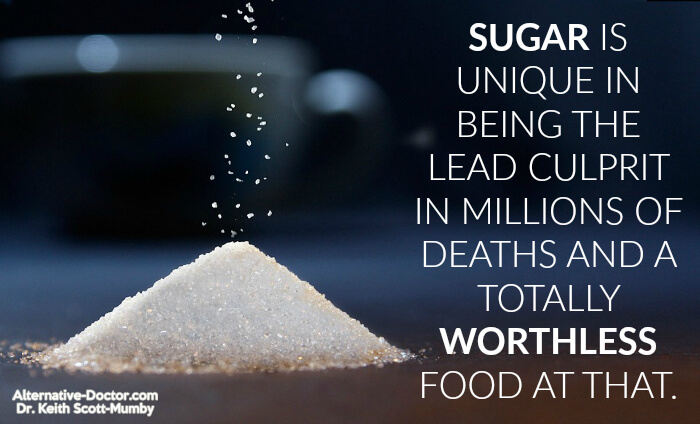 I’m writing up this story now, because it has just emerged unequivocally, from an analysis of 50-year-old documents, that the sugar industry deliberately manipulated research to play down the harmful effects of sugar on the heart and blame fats instead.

Shockingly and shamefully, there were Harvard University nutrition scientists, paid by the food industry to build a case against saturated fat and cholesterol as primary causes of heart disease while downplaying the negative health effects of sugary foods and beverages. According to researchers at the University of California, San Francisco (UCSF), those crooked Harvard scientists received the equivalent of $50,000 in today’s dollars.

As a result, consumers have been misled for decades into thinking only saturated fat harmed the heart, and not sweets. During that time, obesity and associated ills like diabetes reached alarming levels, not just in the USA but the whole of the Western world.

“There are all kinds of ways that you can subtly manipulate the outcome of a study, which industry is very well practiced at,” said the senior investigative author, Stanton Glantz, a professor of medicine at UCSF. Well said, Sir!

“As the saying goes, he who pays the piper calls the tune,” Glantz said in a university news release.6

The Sugar Association (the sugar manufacturers lobby) said it still supports industry-funded research, but admitted it should have been more open about past its involvement. Not a shred of guilt or an admission of wrong-doing then. Just regret at being caught out!

For its report, the investigative team from UCSF (University of California, San Francisco) searched public archives for internal corporate documents from the sugar industry.

According to the team’s analysis, the sugar industry was aware by the 1950s that if people cut fat out of their diets, their sugar intake would jump by about 30 percent. Why? Fat kills the appetite! If you want to get slim, eat fat!

Around this time, studies were already warning of a link between sugar and risk factors for heart disease, like high cholesterol and triglycerides, the UCSF investigators said. 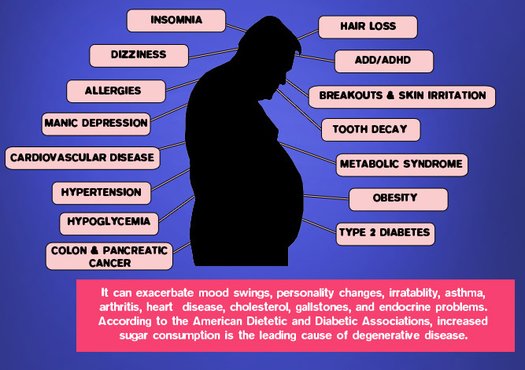 As media attention on the health risks associated with sugar increased, a trade group for the sugar industry—the Sugar Research Foundation—commissioned a research review by Harvard scientists. (The trade group today is called the Sugar Association.)

Their shill “report” appeared in the New England Journal of Medicine in 1967.

“The literature review helped shape not only public opinion on what causes heart problems but also the scientific community’s view of how to evaluate dietary risk factors for heart disease,” said Dr. Cristin Kearns, lead author of the UCSF investigation (It was Kearns, incidentally, who unearthed the incriminating industry documents).

As part of the criminality, the Harvard researchers were paid to criticize prior studies that linked sugar and heart disease while sidestepping flaws in studies exploring the effects of fats, the new report revealed.

In all, the UCSF team analyzed more than 340 documents between sugar representatives and two Harvard scientists behind the 1967 paper. One of the scientists also served on scientific advisory boards for the sugar industry, the authors of the new study said. Such blatant conflict of interest would attract stern criticism today (except in pharmaceutical publications, where it is commonplace).

Besides paying the scientists, the sugar group got to choose articles for inclusion in the review, and received drafts before publication, according to the new report.

These key details weren’t noted in the 1967 publication, the authors of the recent investigation said in a report published Sept. 12, 2016, in JAMA Internal Medicine.6

In response to the new revelations of the sugar conspiracy and crimes, the Sugar Association said in a statement that conflict-of-interest policies were less stringent and researchers weren’t required to make financial disclosures back then.7

However, the association acknowledged it should have “exercised greater transparency in all of its research activities.” The statement further said research had continued to show that sugar “does not have a unique role in heart disease.” Actually, it does: unique means nothing else like it, not one-of-many. Sugar is unique in being the lead culprit in millions of deaths and a totally worthless food at that.

This is a glaring example of how the medical research establishment lied to millions of people.  If you want real healthcare answers that work, I suggest you check out my cutting-edge book, “Secrets of an Alternative Doctor.”  I’ll show you how to take control of your health and well-being so health crimes like this never happen to you.