Have you ever stopped to question: what is memory… really?

It’s something we quite literally take for granted. But in fact we know a lot about it these days.

In Search Of The Engram

One of the first memory researchers was German biologist Richard Semon (1859- 1918). He wrote about active memory, used as a warning mechanism. An animal, say a dog, could experience an episode in which a boy bent down to pick up a stone, threw it at the dog and there was pain from the impact. Semon called this an engram, meaning a cellular trace memory.

He also wrote explaining how these engrams later get restimulated or brought back to life; he called it the “ecphoric stimulus”, meaning the way a memory can be triggered spontaneously, by something similar in the person’s surroundings.

In the case of the boy and dog it might mean that every time someone bent down (say to tie his shoelaces) the dog would yelp in fright and run away, because the memory trace of being hit painfully by the stone was restimulated.

The episode was similar to the one in which the boy bent down, to pick up a stone—just not exactly identical.

See, Semon was brilliant in that he was the first to argue that memories weren’t just a recording function but must also include some retrieval function, otherwise we couldn’t get them back.

But the retrieval aspect could malfunction and connect episodes that were really not the same; like people bending down are not all picking up stones to throw. Alfred Korzybski (1936) called this “identification thinking” or A=A=A.

Decades later, Karl Lashley published a famous paper entitled “In search of the engram”. He didn’t find it. Lashley sliced up living rat brains and no matter how much tissue he cut away, he couldn’t cut out any memory. With almost all brain tissue gone, the rats still remembered exactly what to do.

On Having No Brain

This accord well with current human cases where individuals who have lost 98% or more of their brain tissue appear and behave normally, with memory intact. The condition which leads to this remarkable state of affairs is called hydrocephalus.

The fact is… that the brain isn’t at all what lazy “scientists” claim it to be. At best, it simply functions as a communications interchange, between the private inner world of reality and the outer physical world. It processes memories to some degree but does not store them.

If memory is not in the brain, where is it? The answer lies in the concept of an “extended mind”. You were taught the mind is in the body… specifically, in the brain. We are supposed to exist only in this 3-pound lump of jelly inside our skulls (it’s been christened the “Three-Pound Universe”. I joke it’s the jellyverse).

A more recent model, pioneered by me for my Supernoetics™ incidentally, but written up and tested by Rupert Sheldrake, is that of the extended mind. It spreads outwards, beyond the skull (remember my heading for chapter 3 of “Virtual Medicine” I called it “Biology Beyond The Skin”).

Take out your cell phone and take a look at it (if you don’t have one, look at somebody else’s; they are everywhere in our environment). From that small device—much smaller than the brain—you can speak with a geographical spot almost anywhere on Earth. But that doesn’t mean the whole planet is inside the cell phone does it?

Yet that’s the kind of stupid logic that science tries to foist on us. If you damage the brain or put it to sleep, the person is “gone”. That proves that we are just in the brain, they say. Yet if you turn off the cell phone, nobody seriously suggest that all places on the planet have vanished, do they? 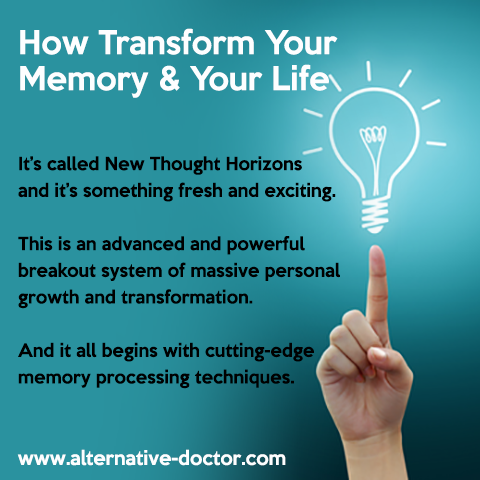 OK, let’s look at memory from the functional or biological viewpoint. There are several types of memory recognized, other than just the well-known long and short-term memory classification.

Declarative memory, which consists of facts and events that can be consciously recalled or “declared.” In other words, the memories are stored and retrieved. This is what most people mean when they talk of memory.

Procedural memory. This encompasses skills, which are learned and can be done automatically from memory. Examples would be the use of tools or objects (like a musical instrument) or movements of the body that are deeply embedded and are performed without being aware (such as riding a bicycle).

Declarative memory in turn is divided into episodic memory and semantic memory, and researcher Endel Tulving first proposed the distinction between the two in 1972.

Examples of Episodic and Semantic Memory

One component of episodic memory is based on specific events, or “episodes” that are part of your personal history. Some examples:

The other component of declarative memory is semantic memory, which is the ability to recall facts and concepts, or what we would call “learning” in the education sense. Some examples:

Differences Between Declarative and Procedural Memory

These are typically tasks that you can go months or even years without performing and pick them up again quickly.

Usually, amnesia impacts declarative memory only and has no effect on procedural memory. An amnesiac can remember how to talk drive a car but can’t recall with whom they spoke earlier that day. 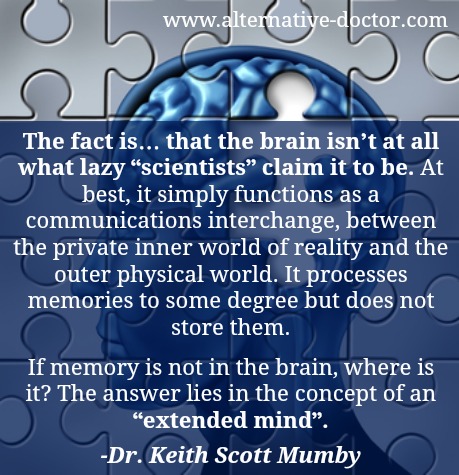 Studies of How Declarative Memory Is Impacted

A 1997 study demonstrated that stress can have a significant impact on the formation of declarative memories. Declarative memory performance was worse in the participants that were exposed to a stressful situation after learning the words.

The chronic stress seen in those with post-traumatic stress disorder contributes to their inability to form declarative memories.

To learn far more about how our minds work and some great ways to gain better control of your outcomes, it would be a good idea to watch my free video training series at New Thought Horizons…

How to Change Your Life With Cutting-Edge Memory Techniques

New Thought Horizons is my exclusive transformative online training that can empower your mind beyond the boundaries of knowledge. Simply click here to get access to this free video training series that will allow you to:

I encourage you to join now and start on your journey of beneficial change and transformation.