Yes, water is essential to life. Everyone knows that. But it’s a far, far bigger issue than you could ever imagine! Water is also about how our bodies work. It’s actually how LIFE works. I’m talking mechanics, not just staying hydrated.

The heart could not possibly pump all the blood it does, without a very special property of water called “The Fourth Phase” of water. If you haven’t read Gerald Pollock’s book of that title, it’s time you did [Gerald H. Pollock, The Fourth Phase of Water, Ebner and Sons, Seattle WA, 2013).

It’s screaming with enormous discoveries that have got those in the know very excited.

“The most significant scientific discovery of this century” commented one reviewer (Mae-Wan Ho, Institute of Science and Society, London, UK).

“The most interesting science book I’ve ever read” (Zhiliang Gong, University of Chicago)

“This amazing book has changed my understanding of all the processes going on in water, which I was confident I knew about… I must now come to terms with the demonstration that water is not just a medium in which physics and chemistry happen, but a machine that powers and manages physics and chemistry” (Martin Canny, Australian National University)

What on earth has got them all so excited? A totally new discovery about water itself, which turns science on its head!

Let me explain the “fourth phase of water” in as few words as possible, consistent with being understandable:

The three accepted phases of water are ice, liquid water and steam (solid, liquid and gas). But the fourth phase is different from any of these. It means water charged with negative ions, which make it capable of being propelled by electrical forces. This tends to happen especially, next to a water-attracting surface (called a “hydrophilic” surface), such as is found inside blood vessels.

What happens is that, next to a hydrophilic surface, water “organizes” itself, to put negative electronic ions in an exclusion zone, just next to the membrane surface. It needs the presence of light to create this effect (yet another reason why light and life go hand in hand). So another name for this magic “living water” is EZ water: EZ for exclusion zone.

The “life water” in our cells is NOT the same as bulk water or ordinary water that biochemists and biologists think it is. It really is living water. This fourth phase of water has properties unique to life!

Thing is, our cells are filled with EZ water, not the dead, lifeless bulk water that traditional scientists think of; the stuff that comes from your tap. There are enormous implications in this.

Before I talk about our hearts and blood circulation, let me ask you: do you have any idea how water is pumped to the top of a giant redwood tree, maybe 300 ft tall? No? Well, neither does anyone else! Science is baffled. 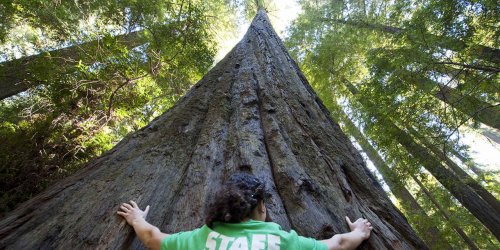 We know that atmospheric pressure could possibly account for water rising 32 ft up the trunk. Maybe we could add another few inches for the surface tension effect. But that’s it. How water is lifted the remaining 270 ft or more, without any pumping system, has been a mystery till now.

The tree xylem and phloem (the good stuff, just under the bark) is a liquid transportation system that is built of millions of hydrophilic tubules. Turns out that water is propelled along this system, as high as you like, by electromagnetic driving forces! Remember, the EZ water is negatively charged. It’s like an incorporated battery-driven motor.

You could send water to the moon with this method! It just needs long enough tubules to reach that far and the fourth phase of water to drive it!

This is such a mega discovery that orthodox science hasn’t really caught on to it yet.

So, back to our hearts and the way blood circulates. It may be that, as German mystic Rudolph Steiner suggested more than a century ago, the heart does not PUMP blood at all! It’s driven by the electromagnetic engine just along the inside of our blood vessels.

In which case, what does the heart do? We know if it stops doing whatever it is, we die. But that doesn’t prove a pumping action—not at all. It just means a failure of blood transportation and the end of oxygen distribution. That’s all.

The heart is actually there to create a vortex, which it does rather elegantly. In fact the heart is structured that way: fibers that sweep down and around the main chambers, in a swirling spiral shape, that is surely no accident.

There is no debate over these vortexes (vortices). They have been studied. An article in Nature Journal called attention to the fact that failing hearts do not have the optimum vortex ratio.1

In a) the left ventricle (LV) is receiving blood from the smaller left atrium (LA) but is too big to empty properly (the bottom of the chamber isn’t being stirred up).

In b) the LV is too small and can’t fill efficiently. There isn’t room for the vortex to form properly.

In c) we have an optimum state in which the vortex forms effectively and is the right size to get maximum filling and emptying efficiently.

So you see that the performance of water in blood is every bit as important as the quantity present.

With the fourth phase energy effect in place, fluid (the water in the blood) practically sprints through your blood vessels and capillaries, drawn along by electromagnetics forces. It doesn’t need to be pumped! It’ll move along anyway.

The trouble is, our water sucks! It’s horrible! There’s a reduced fourth-phase effect because of contaminants. Even bottled “spring” water is bad, because of dissolved chemicals from the plastic of the bottle.

But tap water is deadly. It contains pesticides and pollutants; detergents and solvents; drugs and pharmaceuticals; hormones and other highly inflammatory substances that play havoc with our biology. Even men take the birth control pill on a daily basis, because it’s re-cycled in our taps! It’s been pointed out that we swallow the whole community’s urine several times over these days. Eeeuww!

All of this makes water dead. It’s not going to perform in nature’s magical way that I have just described. So just as obesity, diabetes, heart attacks and strokes are on the rise due to poor eating habits, cardiovascular disease (the number one killer) is made vastly more likely because the water you are drinking has less of the “living” properties I have described as important.

We are killing ourselves with bad (dead) water.

So what I propose is that you learn about a fabulous new way to clean up your drinking and cooking water, using a simple counter-top reverse osmosis filter (plus carbon extenders). That’s right: I said counter top RO. You don’t have to get fancy, expensive under-the-sink RO plumbing any more!

This is the very BEST water unit available. I’ve got one!

P.S. for transparency let me state that the providers of the AquaTru RO water filter pay me a commission if you choose to buy one.