The Psychology of Cancer (Crucial)!

Before we start let me share a holiday photo! (groan…)

No seriously, it’s not one of those “this is Keith having a paddle” moments, where there’s a little black blob somewhere out to sea! Viv and I were in Montpellier (South of France) for a few days and in part of the old town we noticed this very clever piece of artwork. 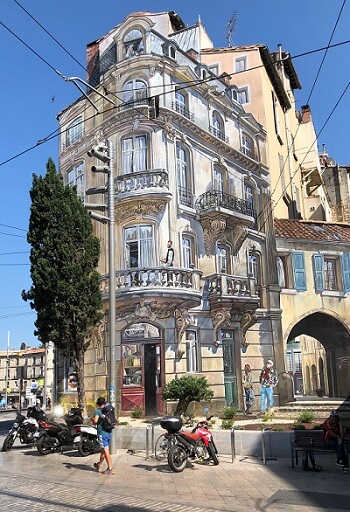 What appears to be a multi-story building, with several balconies, is an illusion (a trompe-l’œil, or “wrong of the eye”, as the French say). It’s just painted on a blank wall, including the artist himself, who you can see on the balcony over the main door (there is no door!) Even the two dudes wearing blue pants by the green door are just painted on!

Anyway, where shall we go today?

I thought I’d write about some peripheral experiences from life. More exactly, someone in Viv’s family, who is having a tough time with a brain tumor. Using my instructions, Viv passed on diet and life-change advice for him and—predictably, if I may say—there was a sharp improvement.

She also suggested adding in the Banerji protocol, which is homeopathic treatment specifically aimed at brain tumors.1 The Banerji brothers, Pratip and the late Prasanta Banerji, have been remarkably successful and achieved remission rates of 7 out of 11 cases of glioblastoma, one of the worst cancers to get (the one that killed Ted Kennedy and has a grip on John McCain).

For a time it was great; we were getting the nice postcards and thank you notes, flowers, etc. Then he decided to accept the advice of my orthodox colleagues and he started chemo (the “proper” treatment). None of you will be surprised to know he went downhill rapidly from that point and is now struggling to cling to life.

Do you suppose anyone told him that—at best—chemo gives an average life extension of around 3 – 6 weeks? I doubt the oncologist was that honest. And, of course, anyone who has watched Michael Moore’s devastating movie “Sicko” will know that when it’s all over, the insurance company will likely rescind their agreement to pay for the treatment and the whole family gets plunged into bankruptcy. That’s how we do medicine here in the USA.

It’s a way of milking the insurance coffers, a process in which the patient is regarded as completely expendable.

Why do patients fall for this, over and over and over? Simple really: someone they trust (the doctor) lies profusely, offering assurances and this is “the only way”.

Simple, I suppose. They get emotionally overwhelmed in times of great fear and are prepared for anyone to give them hope and assurance. The fact that the promises are a pack of lies means the doctors are unethical crooks. But the patient doesn’t know that at the preliminary stages and so finds comfort in the blandishments.

The Psychology of Cancer

I wrote a book about this because the psychology of surviving cancer is every bit as important as diet and lifestyle changes. In fact, in a certain sense, MORE critical, because if you give in before the fight has even started (as most people do), then of course you are unlikely to survive long.

It’s true there is a certain personality type who is likely to get cancer and succumb to it. But did you also know there is a readily-identifiable type of person who is most likely to survive?

As I revealed in that handy book, the patients who do best are those who refuse to accept they are going down, won’t listen to predictions that they are going to die, now or any time soon, and often yap and snarl at the doctor for his defeatist incompetence.

Successful (survivor) patients take control of the threatening situation; they become their own case manager; they hire and fire a team of supporters; and woe-betide anyone in their proximity who thinks negatively!

Under no circumstances leave your treatment program to your oncologist. The silly belief that he or she is the “expert” and knows everything about cancer will get you laid in your grave before you know it.

In fact they are a pretty ignorant bunch, who ignore lifestyle factors such as diet and nutrition, underplay the uselessness of what they do and consider anyone who teaches body wisdom as some kind of crank or, if medically trained, a quack.

You need to know what it takes and formulate the survivor mindset, right at the get-go.

As my motto goes: the commonest cause of death is ignorance. If you don’t know what to do to survive, then you won’t! You can’t afford ignorance. It’s a lot more costly than acquiring knowledge, that’s for sure.

To get even more up to date on your cancer options, check out Ty Bollinger’s THE TRUTH ABOUT CANCER video series. I’m in it and it’s worth watching, even just to listen to my contribution!

Surprisingly, orthodox doctors have opted for the possibility of electro-ablation: a process in which electricity is used to selectively kill cancer cells, without harming healthy cells (or supposedly so).

This is very like the famous “Rife” approach: electrical frequencies to kill off cancer cells. But while the FDA has cleared the use of one such device, the Optune, you can still go to jail for the rest of your life for selling Rife technology.

The Optune system works by sending alternating electrical fields in different directions across the upper part of the brain, but are focused on the tumor. The goal is to disrupt the mitotic spindles, tiny fibers that pull chromosomes apart when a cell is preparing to split in two-something that cancer cells do relentlessly. If the spindles fail at their job, the cancer cells self-destruct.

Optune is delivered through a set of 36 small ceramic electrodes, arranged in grids on four transducer arrays. These are strategically positioned, then taped or glued onto the scalp. How the arrays are placed varies with each patient’s tumor. Patients are encouraged to wear these arrays at least 18 hours a day, more if they feel up to it. 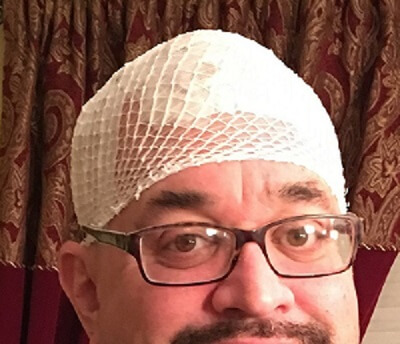 A 2015 study, published in the Journal of the American Medical Association,2 found that the combination of tumor-treating fields with a drug called temozolomide could extend life by about five months, on average, compared to taking the drug alone. Patients who took just the drug lived about 15.6 months, and those who combined the drug with the Optune system lived nearly one-third longer.

Remember the joke is that claims that electricity could provide health benefits were scoffed at as mere quackery, until just a few short years ago.