The other night Vivien and I were watching the movie Ben Hur. It’s a fabulous spectacle, especially the chariot race! When it got to the part where the bad guy Messala starts using blades on his chariot to grind off the wheels of his opponents, I had one thought: the Michael Schumacher of ancient Rome.

See, the family I married into is big on Formula One racing. My wife and all the in-laws are mad keen on it and even run a family and friends lottery, betting on the winner of each race!

So I know it from the sidelines…. It’s clear that Schumacher was quite a cheat. He was forever pushing the envelope and getting involved in steward’s enquiries. He managed to come away every time without penalties but he was certainly not “clean”.

All this is leading up to something! You probably read that poor old Schumacher is in a deadly coma and may not even survive, from a skiing accident at Merribel last Christmas (no, this is not the “karma” story).

I was shocked to hear that the medics are keeping him (deliberately) in a coma, to “rest” his body and help recovery. It gave me the shudders and I’ll tell you why in a moment.

But first let me state what’s wrong with that approach: it’s arrogant and it’s stupid. It’s so typical of doctors to know best. “We are smart and Nature needs getting out of the way…” approach to medicine and healing.

If only they would allow un-manipulated healing, he might have recovered by now. The missing element in this drama is the life force, consciousness, will power. Schumacher may be in a coma, but he’s there, right beside his body. People even report his lips struggling to move when they speak with him.

Yet the dumb medics want “him” out of the way… the one thing with a huge will to survive is the patient! The doctors don’t have that same motivation. No question: Michael Schumacher is a powerful, driven life force; he’s already survived a broken neck. He’ll do ALL the recovery work, if only the doctors will get out of the way.

Instead they choose to submerge him with chemicals—and they call that “resting”.

Now, why did I say this approach gave me the shudders?

Nah, not the British Prime Minister! A Canadian psychiatrist, Dr. Donald Ewen Cameron, who used chemically-induced coma to keep patients quiet. It was called “deep sleep therapy” and it was a disaster. Cameron’s work was funded by the CIA and clearly had the intent of discovering mind bending techniques that could later be used to control troublesome citizens. They called it “behavioral engineering of humans”.1 The very words give me the creeps.

In fact Deep Sleep Therapy goes back to the turn of the 20th century and was first used by Scottish psychiatrist Neil MacLeod. He used bromide sleep in a few psychiatric patients, one of whom died. His method was adopted by some other physicians but soon abandoned, perhaps because it was considered too toxic or reckless.

In 1915, Giuseppe Epifanio tried barbiturate-induced sleep therapy in a psychiatric clinic in Italy, but his reports made little impact. In the 1920s Swiss psychiatrist Jakob Klaesi, used a combination of two barbiturates marketed as Somnifen by pharmaceutical company Roche.2

Deep sleep therapy was also practiced (in combination with electroconvulsive therapy and other therapies) by Harry Bailey between 1962 and 1979 in Sydney, Australia, at the Chelmsford Private Hospital. As practiced by Bailey, deep sleep therapy involved long periods of barbiturate-induced unconsciousness.

Twenty-six patients died at Chelmsford Private Hospital during the 1960s and 1970s. After the failure of the agencies of medical and criminal investigation to tackle complaints about Chelmsford, a series of articles in the early 1980s in the Sydney Morning Herald and television coverage on the TV program 60 Minutes exposed the abuses at the hospital, including 24 deaths from the treatment. This forced the authorities to take action, and a Royal Commission was appointed.3

But the psychiatric monster of all monsters, a true Dr. Mengele (the evil Nazi doctor who experimented on live prisoners in concentration camps), was one William Walters Sargant. He seems to have been an unremarkable medical student and got through the process of qualification largely because he played rugby, which has always been a big obsession in British medical schools. 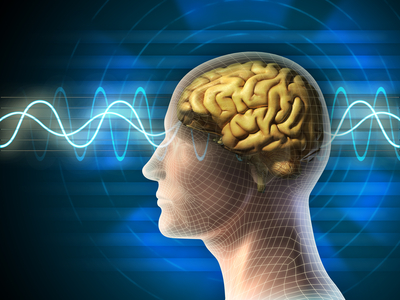 Although remembered as a major force in British psychiatry in the post-war years, Sargent’s enthusiasm for discredited treatments such as insulin shock therapy and deep sleep treatment, his distaste for all forms of psychotherapy and his reliance on dogma rather than clinical evidence have left him as a controversial figure whose work is seldom cited in modern psychiatric texts.

Sargant described his frustration when London County Council medical advisors tried to curb his experimentation with new treatments such as psychosurgery (also called leucotomy) but, as he said “we generally got our own way in the end”. They were, for example, only allowed to carry out individual psychosurgical operations with the approval of the Council advisors.

When the doctors advised against operation, Sargant got round this by sending patients to be operated on by Wylie McKissock at St George’s Hospital, (where pro-eugenics Eliot Slater was temporarily in charge of the psychiatric department).

Critics of the time saw Sargant as someone of extreme views who was cruel and irresponsible and refused to listen to advice; some suggested that he was motivated by repressed anger rather than a desire to help people. Apparently Harry Bailey (of the Chelmsford scandal) and Sargant were in close contact and even competed to see which of them could keep a patient in the deepest coma.

Sargant also kept in contact with above Donald Ewen Cameron in Canada and reportedly sent Cameron a note saying: “Whatever you manage in this field, I thought of it first”.4

Sargant’s hideous involvement with cruelty and his lack of reverence for human life came home to me sharply, when I learned about his involvement with secret experiments at Porton Down, a United Kingdom government military science park (biological warfare, to you and me).

Apparently, this ogre sat and watched while “scientists” administered ever-increasing doses of sarin, a nerve gas, to “volunteers” (who had certainly not given informed consent). The aim was to learn the size of the fatal dose. The person who died as a result of this “experiment” was Leading Aircraftman Ronald George Maddison, a twenty-year-old Royal Air Force engineer.*

No-one was allowed to discuss this heinous case, under threat of severe penalties by virtue of the UK “Official Secrets Act” (mostly used to silence criticism of bureaucratic folly, not to protect the nation ).

All this was described in a BBC Radio 4 broadcast (1 April 2009) in a program entitled Revealing the Mind Bender General! [see below for the link to download this audio]

A man called Kelly, a volunteer who sat in the same seat as Maddison the week before, felt very unwell… but survived. As he said, it was pure luck he got the last non-fatal dose. The next week it would have been curtains for him, as it was for the innocent victim, murdered in the name of national security.

The CIA was heavy breathing in the background of this story, that’s for sure. And there are many who believe that CIA scientist Eric Olsen was murdered by his colleagues, because he witnessed the Porton Down death (documented). It was felt he could weaken and blab what he saw.6

The spirit of Nazism is, apparently, alive and well and stalking the bureaucratic corridors of Western powers.

So… that’s it! My wife Vivien had no idea where I was going in my mind when we sat watching Ben Hur. She has trouble keeping up with me sometimes, I admit.