OK, I admit, I’m turning my back deliberately on medical politics this week. I’m just sick and tired of all the bad news, repeated and re-repeated by upset bloggers, “friends” and thought leaders.

So the idea came to me to start altering mis-perceptions; correct some addled ways of going about things. There is plenty of scope, after all! I very quickly lined up 10 cumbersome myths that do lead to blighted aspects of living. Let me talk you through my experience and understanding of the truth in each case. If even just one idea was put right in every life, the world would be a better place by far.

Love is not for ninnies and sissies! It’s for those with the courage to stand there and take it on the chin; take whatever life throws at you and—if you want to be the true hero of your own life—no matter WHO does it to you. Love protects us, not just from viruses, but those who want to take over the world!

When I am going into a place with bad energies, my wife likes to weave a protective web of white light around me. Her love is protecting me, no matter the intentions of others nearby.

2. Lies Will Get You Ahead

For some, dishonesty is a way of life, a way of thinking even. Much business today is built on lies and counterfeit. Smirking tricky young executives think it’s what you are supposed to do, to make maximum profits. The US medical profession is built on it. But skulduggery (great word!) doesn’t sustain. A quick edge; a quick dollar here and there; but then it’s gone. People don’t like being made fools of and would rather trade with someone else.

It’s the same principle in personal life too. Those who lie to friends, lovers and spouses always imagine they are undetected, they are “getting away with it.” But it is rarely so. We know who is lying because their energies sag badly!

3. You Can Hurt Others Without Hurting Yourself

If only this myth were universally understood for what it is, we would have a far safer world. Wicked or destructive acts will always backfire on the perpetrator. Crooks are never really happy. William Shakespeare understood the liability of this when he wrote “The Scottish Play”.

Lord Macbeth gets seduced by the idea he could be king; all he has to do is kill Duncan, the real king. Egged on by the three witches and his wife, he goes for it. But he is drawn ever deeper into mischief, killing family and former friends, and eventually is sickened to the core, but cannot escape the web he has weaved for himself. That’s when he makes his famous “misery speech”… some of the most powerful and gloomy words in the English language:

Life’s but a walking shadow, a poor player, That struts and frets his hour upon the stage, And then is heard no more. It is a tale Told by an idiot, full of sound and fury, Signifying nothing.

If only tyrants and despots understood that being top of the pile is no promise of happiness! 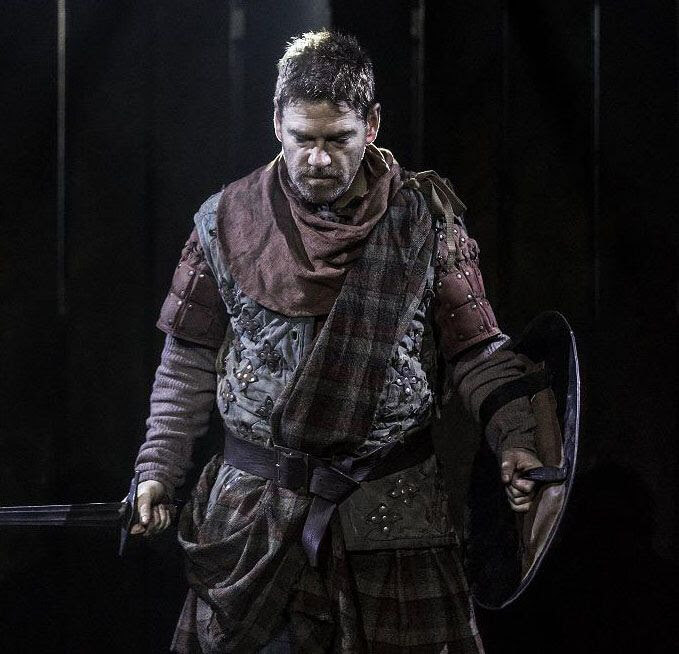 4. Our Feelings Are Created By Others

This is absurd nonsense! How can anyone enter your head and turn on anger or sadness? Not tenable. We DO our own emotions and then blame others. Someone you know may behave like a devil. But how you respond to it is your own creation! “You upset me,” or “You make me angry” sayings are a joke. It’s time we stopped blaming others. And while we are at it, let’s stop turning on vile and unhelpful emotions!

5. Money Is Something You Grab, Not Give

I don’t use clichés, like if you get more, someone has to go without. But money as a motivation for living is a poor sort of currency. Get rich gurus like to quote people like Pearl Buck, who famously said “I’ve been rich. I’ve been poor. Rich is better.” But she never said “I don’t care about writing books, it’s just a way to get rich.” Money is the reward, not the end in itself. Money, it has been wisely said, is just a form of energy. What you do with it is the measure of you as a human being (read that slowly, Gates, Bezos, Zuckerberg, etc.)

6. Thinking About It Only Makes It Worse

I use this phrase advisedly. It’s the title of a hilarious book by David Mitchell. There’s a copy sat next to me in the throne room (toilet). Actually, the only way to live is to be aware and mindful of what you are doing. Reactive thinking, monkey mind chatter and behavior patterns all really arise from NOT thinking about what you are doing.

“See yourself being yourself” is a meme I invented personally and it will go a l-o-n-g way to bringing you the kind of intense joy and loving feelings that we all crave.

No it doesn’t! I’ve had people recall an event decades earlier and he or she has STILL burst into tears. Time conceals, maybe. But time does not heal. Only acceptance heals. Suppressing unpleasant thoughts and memories is a fool’s game. Try not to think of an elephant. What’s the first thing to come into your mind: an elephant, of course!

8. Justifications Make It All OK.

It’s commonly—almost universally—held that if you can make up a good excuse, you’re off the hook. This is so bad that even if we KNOW we have done wrong, we make up some justification to minimize our guilt (“serves him right”, “I couldn’t help it”, etc.) The trouble is we are not taking responsibility for our actions. It’s wrong to blame others or invent circumstances that make bad behavior OK. Why? Because in doing so, we surrender our power. We are the captain of our own ship. We run our lives, nobody else. Better to say “I’m sorry, I’ll make it up to you,” rather than “It wasn’t my fault.”

It’s become a common work ethic these days, encouraged by the nanny state mentality: “Why should I work hard, or work extra, I get paid just the same whatever I do…” People will often do as little as possible to avoid censure. They have no higher estimation of themselves.

But where would the world be, if Michelangelo had no aspirations to be the greatest sculptor who ever lived or Martin Luther King had just muttered “Who cares, I mean really?”

The work we put in should be an expression of ourselves. It’s a commitment of self love, to be the very best you can be! Think about it.

10. Serving Others Is For Suckers

But that’s not the real point here. The ONLY measurable way to enhance your own happiness in life is serving others. It’s a scientific fact, tested and true. There are numerous studies in positive psychology to attest to it.

Therefore, say I, it’s totally the logical thing to do: be kind, be helpful, be giving, be supportive of others, cherish your relationships and stop worrying about WIIFM (what’s in it for me?)

The world, as we see daily, is populated with lots of selfish, greedy, stupid, discontented idiots. Let them go hang.