A cynical headline perhaps. But it’s true! If you talk about higher beings, other planes of existence, angels, spiritual helpers or discarnate entities, you are considered a cook. That’s all garbage they say; woo-woo nonsense; you need to get a grip on reality.

What’s this reality they are talking about then? It’s mostly made up (invented). First, the dark matter: 0ver 90% of the universe they call “reality” simply isn’t there.

“Oh it’s there alright, we just haven’t found it yet,” they say. Oh yeah? Like medieval demons and dragons, I suppose. Dragons and demons and succubi and unicorns were definitely “real” but nobody has ever seen them in life. Ha ha! 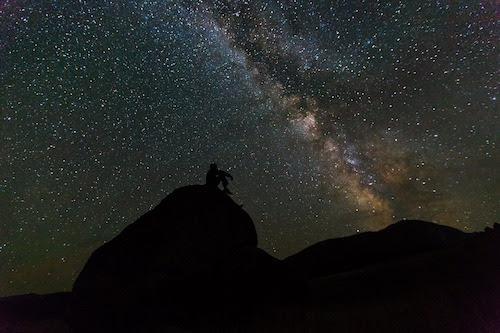 But it’s not just that old controversy. Today’s scientists just go on endlessly making up stuff they need to validate their crackpot theories. They just magic it into existence. Today they are beyond particles. Particle theory has run out of ideas. But no problem: we’ll just make up some non-particles. These are called quasi-particles. Sounds technical, doesn’t it. But quasi just means fake. These particles don’t exist in any normal sense. In fact some would say they only exist in the mind of crazed “born-again scientists”. They are a matter of religious faith.

Take phonons. This un-particle was postulated in 1932 by the Soviet physicist Igor Tamm. But “Phonons are not actually real,” says Jon Goff, a physicist at Royal Holloway, University of London. “They are just a way of simplifying a very complicated problem.”

Can you believe this stuff? (New Scientist 10 Sept 2016, p. 33-35) Like incubi and succubi were just a way of simplifying a very complicated problem centuries ago, I suppose!

Since Tamm’s work, scientists have discovered a whole “zoo” of such beasts, roaming the interior of solid materials (same New Scientist article). We have magnons, trions and excitons! Well, of course what I’m saying is we DON’T have these. They don’t exist, except as smoke and mirrors science. It’s non-material “stuff” which is a complete oxymoron.

Weirdest of all might be William Shockley’s discovery of “holes” in reality. They are complete nothings but exist as a something-nothing and can interact with something. These are not just holes apparently but holes which act like particles. I can think only of Billy Connolly’s “frozen farts”. You throw them on the fire, where they melt and go “Phhhwwt”!

Compared to this manipulative scientific baloney, I think New Age postulations of life after death, discarnate beings and other planes of existence would be fairly moderate. After all, we in SupernoeticsÒ are making the point that many strange experiences via consciousness are non-material. We don’t have to fake it.

It’s a dream or a wraith in consciousness. But that doesn’t mean there is nothing there. Thoughts are things. So if you see an image of a beautiful angel, uplifting the soul of your Mum and taking her off to a new world, who is to say that that radiant being did not exist?

Scientists would say it’s just a delusion; a phantom or hallucination. Maybe. But in what sense is a particle which isn’t there being treated as physical reality any different? I want to know… really!

Now it gets really interesting when we push just a few layers beyond this pseudo-scientific malarkey. I propose to you that all of creation is simply a product of consciousness. If that’s true, everything gets easy from there on out. It’s a position called “empiricism”, meaning we can never find an “objective” reality. It will always be a perceived reality. No matter what devices we use to look at reality, in the end, it’s consciousness interpreting this sensory input.

There are several consequences of recognizing this is an “observer world”:

First (speaking scientifically), you can have your imaginary particles and hypothetical constructs of reality. It all comes from creative thought anyway, like a dream, so dream some more. But this is not in conflict with the true world of Being. It’s only in conflict with the crazed notion that all of reality is solid stuff, only matter, doing things (energy), in a time and space which is inviolate and we cannot touch.

I challenge the latter point of view.

Once you get into telepathy, teleportation, levitation, bilocationalism, reincarnation and such like, you realize that the conscious world within is what drives reality, not the so-called “laws” of physics. There are no laws! The best they have got is a few consistent observations. Rupert Sheldrake calls them “habits” of the universe, not laws. These don’t necessarily hold throughout the rest of the universe.

In fact, if you think of it, 99.9999% of the universe is just a concept. We think it’s there but we don’t know for sure. Go a little further and all of reality is just a subset of thinking. The Tibetans thought this, way back when. To them, our universe is just a thought form. The British empiricists, so-called, also argued as much. There is no significant reality “out there”; all we know of reality is what the mind apprehends. There is no absolute reality. At least no justification for thinking there is. All that exists is what we experience in mind.

There’s no such thing as non-material consciousness, Richard Dawkins and his like scream at us. But there’s no dark matter, no phonons, magnons and excitons either! So that ends that argument, right there.

Let’s put on a new soundtrack and listen to that, starting with Sir James Jean’s famous quote, that:

…the stream of knowledge is heading towards a non-mechanical reality; the universe begins to look more like a great thought than like a great machine. Mind no longer appears as an accidental intruder into the realm of matter; we are beginning to suspect that we ought rather to hail it as a creator and governor of the realm of matter… (The Mysterious Universe, 1930)

Thing is, back in the early 20th century, scientists were still true scientists; their only “agenda” was to get the facts. Truth was everything. And it became obvious to them, one by one, that the unfolding of true science was not painting Mankind out of the picture—rather it was painting human consciousness right to the forefront and even as the Creator of our world.

The debate on consciousness in quantum theory began around 1927 when Einstein accused Niels Bohr of introducing a mysticism incompatible with science. Bohr denied the accusation and blamed it on Einstein misunderstanding him when he said that humans are both actors and observers in the world.

To the end of his days, Einstein railed against anything but an objective world and famously considered things like quantum entanglement “spooky”. But the crucial double-slit experiment does rather prove Bohr was correct and Einstein was wrong: depending on what equipment you use to “observe” an electron, it can appear either as a wave or a particle.

So what happened to all this mysticism? History! Quantum mechanics up to World War II existed in a predominantly German context, and this culture helped to form the mystical zeitgeist of the time. World War II damaged Germany’s reputation for a long time. As a result, the new awareness died in the second half of the century, when the physics culture switched to the USA. It’s been written out of science, by reductionist commercial scientists, with a dollars agenda!

Most contemporary physicists are objectivists and do not believe that consciousness has a role in the nature of reality. However, there is a small number of scientists who continue to uphold that consciousness is crucial and that physics is a reflection of consciousness, not the other way round.

I am one of the latter and glad of it. It makes me a better doctor!

P.S. For more of these chewy (but tasty) arguments, see my book Medicine Beyond.