There’s a beautiful Beatles lyric: Let It Be.

One of the stanzas contains these words… 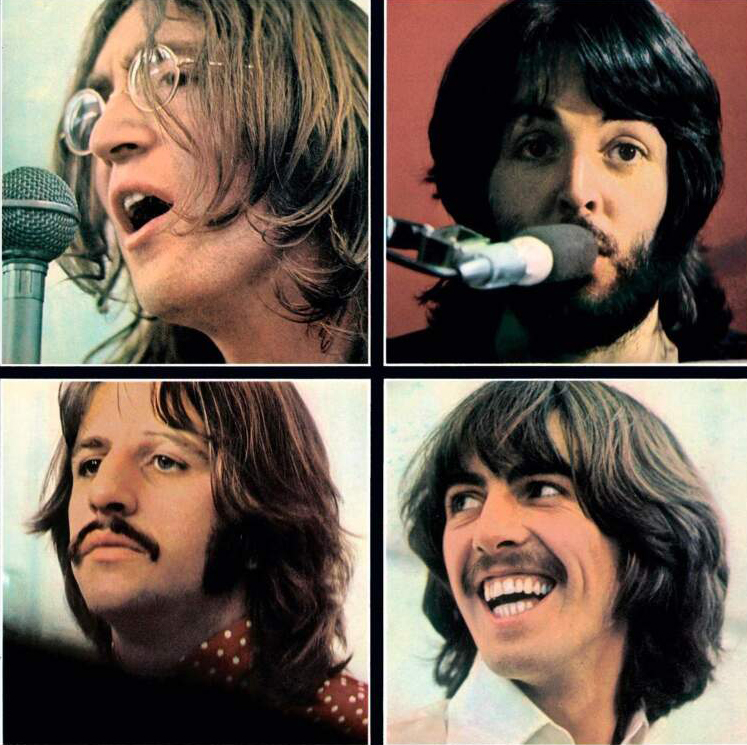 The Fab Four. Poets of a lost time.

Though we are parted and broken (by design, I am sure), there WILL BE an answer. Whether it comes soon or, as Winston Churchill frighteningly suggested, after we have sunk into a new age of darkness, it will come.

But if we fail, then the whole world, including the United States, including all that we have known and cared for, will sink into the abyss of a new Dark Age made more sinister, and perhaps more protracted, by the lights of perverted science.

The perverted science rings strong and true because that’s exactly what we are being subjected to today.

The Angel Of Death

Churchill, of course, knew nothing of the sadistic and sinister “medicine” of Josef Mengele and his ilk. This abomination of a human being was never, in any sense, a caring, healing human. He was the Devil incarnate. Mengele is the watchword for an evil, sick doctor. He carried our experimental operations on living, conscious and screaming human beings, notably twins.1

Typically, Nazi experiments on prisoners were conducted without anesthesia and resulted in death, trauma, disfigurement, or permanent disability, and as such are considered examples of medical torture.

One particularly harrowing account described an experiment for which there can be NO medical or scientific justification:

In mid-1942 in Baranowicze, occupied Poland… in which “a young boy of eleven or twelve [was] strapped to a chair so he could not move. Above him was a mechanized hammer that every few seconds came down upon his head.” The boy was driven insane from the torture.4

Yet Mengele escaped justice and went to live in Argentina and later Brazil, finally dying of a stroke while swimming.

Do we not have the ghost of Mengele stalking our world today? Anthony Fauci is a scion of his like. This “doctor” has been hard at work researching how to kill and maim humans with altered viruses. But there are thousands of other supposed “doctors” alive and breathing who should not be. They have sold out their sacred calling to care, to heal, to comfort.

They are part of the enslaving program that is going on. Who does not see that “COVID-19” is just a ruse to strip all humans of their inalienable rights, their sovereignty, freedom and wellbeing, in pursuit of profits?

The True Calling Of Medicine

In fact I love to quote Jean-Martin Charcot, describing the calling of which I was once so proud:

Incidentally, despite all the ignorant nobodies on the Web, quoting each other’s mistakes, this is NOT by Hippocrates.

Hippocrates is better quoted for “Ars Longa, Vita Brevis”, which is Latin for the art is long and life is short. It remains his first aphorism (not “First do no harm”). In full, the quote is:

‘Life is short and the art long: the crisis fleeting: experience perilous and decision difficult. The physician must not only be prepared to do what is right himself, but also to make the patient, the attendants and externals cooperate.’3

Most of us doctors would recognize the sentiments: in one paragraph they sum up the challenges facing all physicians. All the more astonishing then, that it was written 2300 years ago.

Hippocrates (460 BC–370 BC), of course, was not a “person” as such. His writings are the accumulations of many scholars, of different styles and different eras. I think the “Aphorisms” are the most consistent in voice and style: 400 pithy, humane maxims to teach the apprentice doctor. In them I hear the voice of an individual with whom I want to identify: a cautious, empirical physician, practicing holistically, aware of the limits of his knowledge, and deeply committed to teaching. 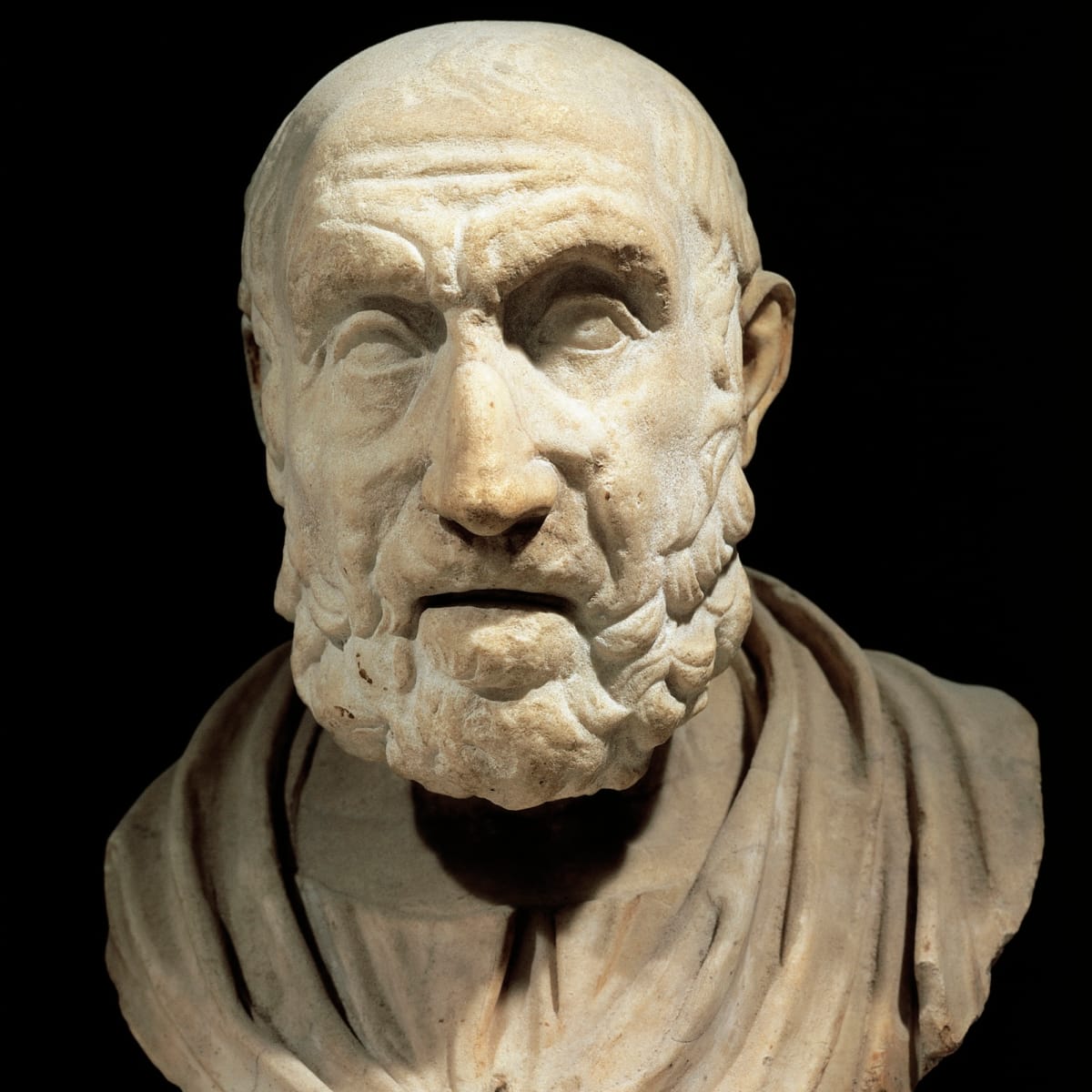 The Haiku Of Medicine

Quentin Shaw, writing in the British Journal Of General Practice went on to say:

An aphorism is a ‘short pithy saying expressing a general truth’. It is drawn from experience, and so the attribution is important: it matters who said it as well as what was said. But aphorisms evolve in oral transmission: they don’t live on the page, they live in speech. They were particularly important in pre-literate societies where learning was transmitted orally rather than by text, and when writing arrived they were codified and written down as ‘wisdom-literature’. As they are copied and translated and spoken they mutate to remain fresh and sharp (note the inversion of ‘The art’ and ‘life’ in the two quoted versions above). The best aphorisms have a memorable, poetic quality. Some analysts even consider them to be a branch of poetry in their own right. These are the haiku of medicine.4

My regular readers will know I have generated several powerful aphorisms, not least of which is: No physician ever cured anything. It is Mother Nature who heals. The best the doctor can do is to remove the blocks and then get out of the way.

My concern is: who is there to rescue us?

At the time of the Nazi atrocities, Britain fought bravely and won, but went bankrupt in the process. Only the USA was able to save the world; Uncle Sam had enough manpower and money to make a difference.

But now the USA is a part of the fascist problem. Their power and money is being used to terrify, intimidate and overwhelm the thinking world. Is anyone left out there, to step in and help vanquish the evil that has been unleashed by this P-landemic?

So what are we to do? It’s not about taking vitamin C or pushing for HCQ or Ivermectin, is it? It’s about finding ourselves in the middle of the storm. We can shelter; we can enfold and protect others around us less strong. This we MUST do.

But the truest healing I know of in this time is with the self and the soul. Look inwards, not outwardly at politics.

Let me quote old Winnie (Winston Churchill) one more time: If you are going through hell, keep going. Haha!

Love to all from

Dark times, for sure. If you want to cheer yourself up with that Beatles song, get it here.