Here’s a great business plan that caused an opioid crisis: trick doctors (who are corrupt and easily misled) into prescribing massive quantities of addictive opioids and then you have an army of suckers (sorry, patients) who need your highly addictive substances. These “suckers” are not addicts in the strict sense: they were trapped by mis-prescribing into needing repeat drugs endlessly, while the pharmacists and treacherous doctors got richer and richer.

Of course at the bottom of the pile of sh*t are the pharmaceutical companies, who put up the initial bribes to get this model going.

It’s too horrific a plan to ever amount to anything, you may think. But here in the USA there is no limit to medical greed and corruption. The general ethic seems to be: so long as you get rich doing it, you are some kind of hero. Millions, or better still billions, of dollars is the ultimate “get out of jail free” card.

Well, not any more. While the democrats are standing around whining and wailing they didn’t get what they wanted and they have to put up with legitimately-elected Donald Trump, he’s been doing things (shhh, don’t tell CNN, they’ll have apoplexy!)

Trump appointed a very sensible and ethical Attorney General, Jeff Sessions. Sessions is going after the huge medical fraud that is killing, humiliating and hurting millions of people over here. I’m sharing the story because it shows what depths the pharmaceutical industry will go to generate profits. Patient care? Forget it… Kill ‘em all, who cares? Just give us the dollars… Yum! 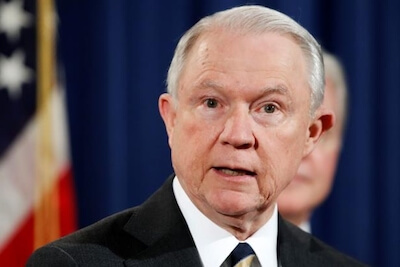 The Attorney General is enraged and outraged

Sessions has announced ‘Largest medical fraud takedown in American history’. More than 400 doctors, nurses and pharmacists have been arrested for healthcare and opioid scams worth $1.3bn in false billing. A lot more people will be running scared from now on.

How Bad Is The Opioid Crisis?

Bad. It’s growing worldwide but here in the USA, more than 59,000 people died of overdoses in 2016 alone. These are not “junkies”. Many of these people were innocent patients, deliberately lured onto the drugs and then trapped by assurances from their doctor that the medicines were “not addictive”.

Sessions noted that the case involves doctors, nurses and pharmacists that ‘have chosen to violate their oaths and put greed ahead of their patients.’

Among those charged in the take down are six Michigan doctors accused of a scheme to prescribe unnecessary opioids. A Florida rehab facility is alleged to have recruited addicts with gift cards and visits to strip clubs, leading to $58 million in false treatments and tests. It’s unbelievable.

Officials said those charged in the schemes include more than 120 people involved in illegally prescribing and distributing narcotic painkillers.

Such prescription opioids are behind the deadliest drug overdose epidemic in US history.

‘In some cases, we had addicts packed into standing-room-only waiting rooms waiting for these prescriptions,’ acting FBI director Andrew McCabe said. ‘They [opioids] are a death sentence, plain and simple.’

The Justice Department alleges that those charged were illegally billing Medicare, Medicaid, and the health insurance program that serves members of the armed forces, retired service members and their families. The allegations include claims that those charged billed the programs for unnecessary drugs that were never purchased or never given to the patients.

Did I eat something I shouldn’t or is it this news turning my stomach?

The opioid crisis was spearheaded by pharmaceutical companies that manufacture highly addictive drugs.

These companies managed to convince physicians and other pharmacists that they had created drugs – such as Oxycontin and Vicodin – which could treat pain but were “not addictive”. These doctors then overprescribed the medications to the poor and elderly and billed the federal government.

They targeted hospitals in disadvantages areas, perhaps on the hope that the less educated were more likely to take their doctor’s word for it. According to the Center for Disease Control, whites earning between $20,000 and $50,000 were the most affected.

But they didn’t stop there. Oh no. The masterminds paid representatives who helped them increase their sales. In West Virginia alone, they sold 780,000,000 hydrocodone and oxycodone pills between 2007 and 2012.

One of such companies was Purdue, a company that has earned $35 billion dollars in profit from Oxycontin alone. The pharmaceutical company’s owners, the Sackler family, joined the Forbes 2015 list of America’s Richest Families, with a net worth of $14 billion (in this context they have zero worth as human beings, of course). 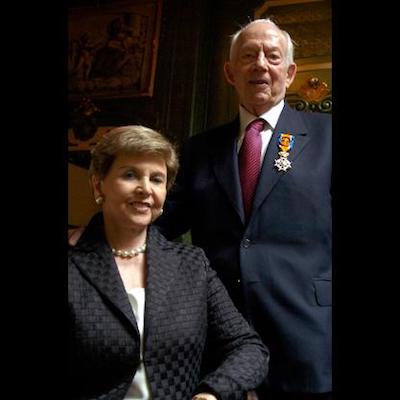 The family of goblins (The Sacklers)

There are rules which require drug distributors and pharmacists to report abnormal orders of controlled medications, but unfortunately regulators didn’t detect this loophole in their system.

In fact, this opioid scam, which has been in effect for at least ten years, didn’t come to light until disadvantaged and middle class whites began dying in large numbers.

Thing is, this is in many ways the tip of an iceberg. According to Health and Human Services Secretary Tom Price, many people are not getting into recovery programs. In West Virginia, he said, “one firefighter revived the same young lady three times in one day. That’s a system that is failing that individual.”

What is so sickening about the opioid crisis, as it’s being described, is that it SOLVES NOTHING. Taking pain killers does nothing whatever to alter the cause of the pain, which is…

Inflammation. All pain is inflammation in one form or another.

You can also see one of my most popular webinars EVER, on the subject of using micro-current therapy devices, like the Russian SCENAR, to treat pain swiftly and permanently, via vagus nerve stimulation. Watch it here.

But that’s not why I am writing this in anger. It’s because the one profession in all the world, that holds the sacred trust of the people, is that of the physician. When I signed up for med school, it meant something. I felt there was no nobler calling than to relieve hurt and suffering, even to render the moment of passing something meaningful, instead of to be feared.

To see it turned into a shabby money-spinning racket pains me more than you can guess.

Note: please do NOT write to me about the use of medical marijuana for pain.