You have heard and read me saying for years that brain and mind are not the same; that the extended mind is outside the physical body; that memory is in the surrounding encapsulation of the body, not in our tissues (which leads to the concept of a low-level “cellular memory”).

Mechanistic brain science, on the other hand, insists that memory and cognition all take place within the brain, because “it must be so”. There is nothing non-physical, they say (which in a way is true!)

Here’s an interesting study (Nov 2015) that makes it clear that memory function (recording and retrieval) is so fast that neurons and synapses cannot possibly be involved in the process, except maybe peripherally, but certainly not as the causal agency.

Ecphory, a word you will encounter in a moment, was given us by brilliant German researcher Richard Semon (1859-1918), who also coined the term “engram” for a cellular memory trace. We all think in terms of memory recording, of course—the so-called engram, from the process of engraphy. But don’t forget there has to be memory retrieval too, otherwise it’s not available! The retrieving of memories Semon named ecphory, or awakening of the previous engramic record. 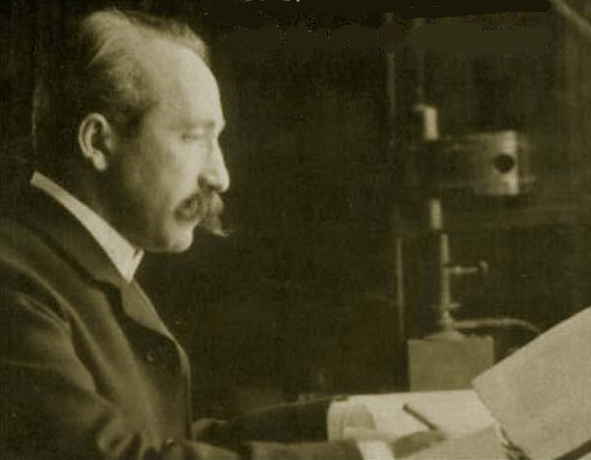 There are very few surviving pictures of Richard Semon, who committed suicide in 1918, after Germany lost the War

Here is a synopsis of the study findings:

They conducted two experiments with human participants. In the first, they “encoded” the memory (engraphy) with some right or left tags that would be associated with that exact memory: these are called “retrieval cues”.

There was then a memory test with the retrieval cues presented dead center, instead of to the right or left. EEG showed brain activity leapt into life very early (around 100- 200 milliseconds), on one side or the other. For completeness I should add that the activation was on the contralateral side; that would be expected if you bear in mind that the left side is processed by the right-brain and vice versa.

This showed, in the words of the researchers, there was a clear pre-conscious element to memory and it was very fast.

As a refinement, they used rhythmic transcranial magnetic stimulation to interfere with early memory retrieval processing, stimulating either the right or left brain separately. The result was interference with the memory that had its retrieval cue on the opposite side.

To quote the researchers, “These results demonstrate, for the first time, that episodic memory functionally relies on very rapid reactivation of sensory information that was present during encoding, a process termed “ecphory.”1

What they don’t say is that this is too fast for brain-activated memory. Transmission within the nervous system across synapses (the gaps between brain cells) is ten times slower than transmission through nerve fibers; typically about 2 milliseconds to cross the gap. The 100-millisecond delay they were finding would allow connection through only 50 – 100 brain cells at most. Hardly enough to record the smell, sound, colors, emotion, words, lighting, body posture and all the other dozens of memory modalities for even a single instant of memory!

They need a new theory! They just virtually “proved” that the brain only processes memories, it does not handle or record them!

Episodic memory, by the way, means recalling experiences and events, as opposed to what we call learned memory (repetition and training of the mind). 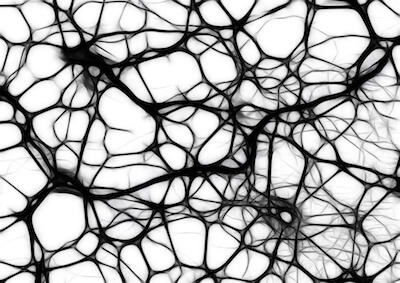 The average human brain has about 21- 26 billion neurons (or nerve cells) in the cerebral cortex, not 100 billion as if often stated.2

Each neuron may be connected to up to 10,000 other neurons, passing signals to each other via as many as 1,000 trillion synaptic connections (1 billion US), and equivalent by some estimates to a computer with a 1 trillion bit per second processor. Estimates of the human mind’s memory capacity vary wildly from 1 to 1,000 terabytes (for comparison, the 19 million volumes in the US Library of Congress represents about 10 terabytes of data).

Functionally related neurons connect to each other to form neural networks (also known as neural nets or assemblies). The connections between neurons are not static, they change over time. The more signals sent between two neurons, the stronger the connection grows (technically, the amplitude of the receiver neuron’s response increases), and so, with each new experience and each remembered event or fact, the brain slightly re-wires its physical structure.

We call that “brain plasticity”. But it’s about scale and size, NOT speed.

This word just means brain measurements or the brain “numbers” (metrics). For example, the estimated 21 – 26 billion neurons in the human cortex just quoted is an allometric figure. Not so scary!

There are some amazing revelations using brain allometry that science just ignores.

For example the human brain (83 billion neurons, including cortex, cerebellum, brain stem etc.) is smaller than the generic “primate brain” (93 billion cells total), meaning the brain scaled for size and content, as opposed to an absolute count. That’s bad. But even worse, the generic rodent brain contains 12 billion cells. That means we have proportionately just over 6 times the brain size and power that rodents have. Does that make sense to you? Could a rat have around 1/6th of the brain power of Einstein, Shakespeare or Beethoven?

What is emerging with the new science of brain allometrics is that the human brain, considering its size, is far from being as supercharged with cells and as powerful as science has always supposed.

To conclude that the human brain is a linearly scaled-up primate brain, with just the expected number of neurons, or slightly less, for a primate brain of its size, basically says that it is unremarkable in its capabilities.

However, as studies on the cognitive abilities of non-human primates and other large-brained animals (like cetaceans) progress, it becomes increasingly likely that humans do not have truly unique cognitive abilities, and hence must differ from these animals not qualitatively, but rather in the combination and extent of abilities such as theory of mind, imitation and social cognition.3

Put another way, the brain can’t really do the job that brain science has assigned to it. Our mental powers do not come from our brains, after all. It’s back to non-material Being. The brain is only a relay point or switchboard.

I agree with Suzana Herculano-Houzel at the Instituto de Ciências Biomédicas, Universidade Federal do Rio de Janeiro, in Brazil, writing for the journal Frontiers of Human Neuroscience, that: “Novel quantitative data on the cellular composition of the human brain and its comparison to other primate brains strongly indicate that we need to rethink our notions about the place that the human brain holds in nature and evolution, and rewrite some of the basic concepts that are taught in textbooks.”4

She is not going as far as to state that mind and Being are non-material. But she makes it plain, in a very long review article that a lot of brain theory simply doesn’t stand up. It’s just dogma and tradition, not real brain science.

Still, you will admit, numbers can be interesting at times!