Magnesium Cuts Risk of Cerebral Palsy in Half

One of the agonizing consequences of birth can be cerebral palsy. This is particularly liable to occur with clumsy-handed interventions by obstetricians, especially forceps delivery, but often happens due to mechanical difficulties: if you’ve ever seen the deformation of the fetal head needed to get it down the vagina, you would gasp in amazement. One of the significant risk factors for cerebral palsy is premature delivery.

Now it’s been found that simple safe old magnesium dramatically reduces the incidence of cerebral palsy. In fact it cuts it in half if the mother is given IV magnesium in the minutes leading up to birth. A study just about to be published included 2,241 women at 20 sites across the United States. All the women were at high risk for giving birth prematurely — between 24 and 31 weeks into their pregnancies. The women were randomly selected to receive either an intravenous infusion of magnesium sulfate solution or a placebo.

The infusions, started when delivery seemed imminent, began at a rate of 6 grams infused over 20 to 30 minutes, followed by a maintenance infusion of 2 grams per hour. If delivery didn’t occur within 12 hours, the infusion was halted and resumed later when delivery once again seemed about to happen.

There was no significant difference in the risk of infant death between the women who received the magnesium sulfate and those who received the placebo. However, moderate or severe cerebral palsy occurred about half as often in infants born to women in the magnesium sulfate group (1.9 percent), compared to those in the placebo group (3.5 percent). That’s almost 50% lower incidence!

The great thing is that magnesium sulfate is readily available in every maternity unit, it’s safe and dirt cheap (it’s Epsom Salts!) Magnesium is one of Nature’s truly wonderful minerals. Make sure you get plenty on a daily basis (around 400 mgms). 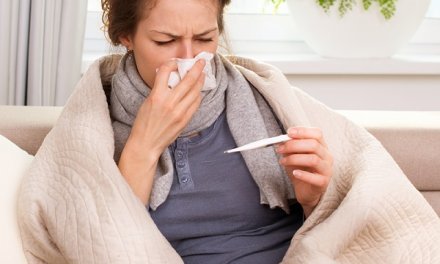 What can we learn about medicine from a TV detective story