The Biggest Problems With Our Water Supply 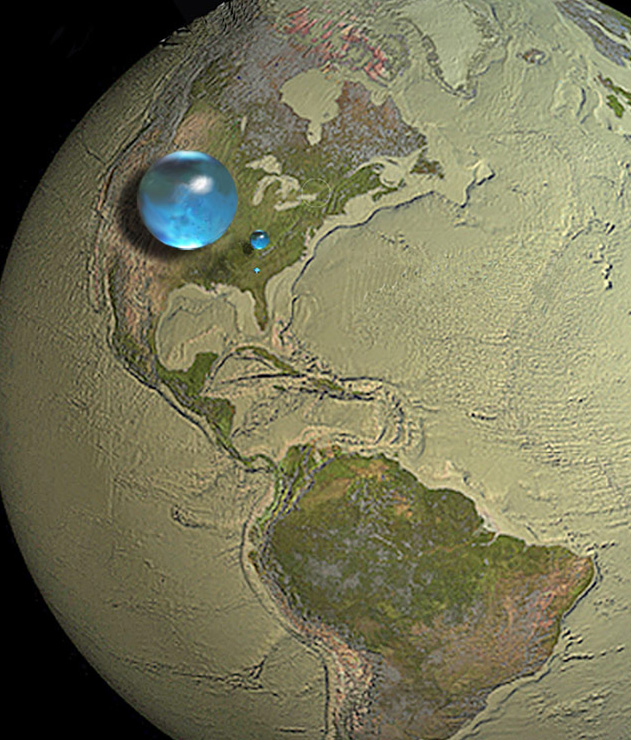 Water Is Weird… Here’s Why

Understanding the fundamental role that water plays on Earth and in all aspects of life phenomena represents one of the most challenging research problems in science and technology.

Despite being so vital to our lives and crucial to most of the mechanisms of living organisms, water is one of the weirdest substances found in the universe–if not THE weirdest.

Here are just some of its properties, to get you thinking:

As liquid water is so common-place in our everyday lives, it is often regarded as a ‘typical’ liquid. In reality, water is most atypical as a liquid. In particular, the high cohesion between molecules gives it a high freezing and melting point, such that we and our planet are bathed in liquid water.

You will not need reminding that in the last 4 degrees of cooling down to freezing point, water starts to expand once again, instead of continuing to contract with cooling. As a result, ice is lighter than the surrounding water, which therefore floats. 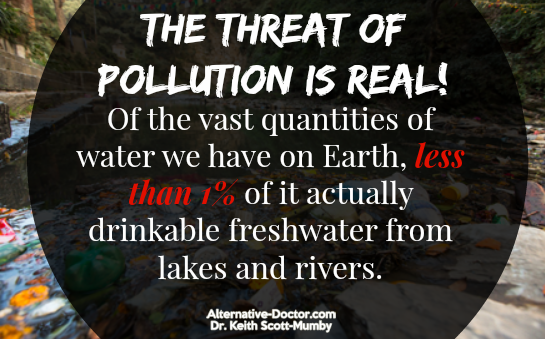 This remarkable property results in the freezing of rivers, lakes and oceans from the top down, permitting survival of the bottom ecology, insulating the water from further freezing, reflecting back sunlight into space and allowing rapid thawing; plus thermal changes result in seasonal convection, and mixes in deeper temperate waters carrying life-providing oxygen into the depths.

The very large heat capacity of the oceans and seas allow them to act as heat reservoirs – such that sea temperatures vary only a third as much as land temperatures and so moderate our climate (for example, the Gulf stream carries tropical warmth to northwestern Europe).

The surprising compressibility of water reduces the sea level by about 40 m giving us 5% more land.

Finally (the list is endless): water’s high surface tension plus its expansion on freezing encourages the erosion of rocks. It literally cracks them and splinters them, to give us soil for our agriculture.

Boffins tell us that all this comes about due to the resonance properties of molecular bonds in water. It seems strange to me that they are so definite that water CANNOT retain information but, of course, in admitting it did, they would have to admit that homeopathy is plausible. It seems to me OBVIOUS that water could retain tons of information.

“Earth” is a misnomer. We are not very much Earth; we are far more Water. Our world could be named the Water Planet.

There is nowhere like Earth in the near-universe. Titan has its “oceans of methane” and so on… But nothing biofriendly, in the sense that Earth is. But do we protect this natural wonder from harm?

Nah. We are reckless, stupid and greedy beyond belief. It seems that for most individuals, governments and multinational conglomerates, no one cares about saving our spectacular and precious gift from ruin.

Westernized countries long ago squandered the resources needed by their children and grandchildren. Americans have gone further and squandered their great grandchildren’s world, plus: saddled them with debts of such staggering size they can NEVER be paid off.

Nice gift to your progeny, huh?

There is little hope that disaster will be averted because the very money accumulated from greed is being spent profligately in blocking attempts to stop the damage by those who care. It’s like playing Monopoly when your opponent has all the money and you’ve got none.

The Threat of Pollution

We read a lot about pollution; I don’t want to bore you by repeating it all. But the facts are pretty scary. Of the prodigious quantities of water we have on Earth, less than 1% of it actually drinkable freshwater from lakes and rivers.

Nowadays, we would have to say “drinkable water” but that’s not the same as pure. Pure fresh water on Earth: zero—measured in bucketful’s at most. The most remote lakes and waterways on our planet are measurably polluted.

Polar ice and frozen glaciers account for about 68% of the Earth’s freshwater supplies. When the ice caps are gone (won’t be long!) it’s goodbye to by far the biggest chunk of our freshwater resources. Meantime, contaminated water and snow is falling and building up on the icecaps with more pollution.

A further 30% of our water is bound up as groundwater. It can be retrieved by wells but only with some difficulty.

Groundwater is heavily contaminated water with industrial chemical pollution. Even if that stopped tomorrow (pretty unlikely, you will agree) there are still enough chemicals underground to poison our groundwater for 50 years or more.

Take a look at this graphic…

The largest sphere represents all of Earth’s water, and its diameter is about 860 miles (the distance from Salt Lake City, Utah, to Topeka, Kansas, United States). The sphere includes all the water in the oceans, ice caps, lakes, and rivers, as well as groundwater, atmospheric water, and even the water in you, your dog, and your tomato plant.

The smaller blue sphere over Kentucky represents the world’s liquid fresh water (groundwater, lakes, swamp water, and rivers). The diameter of this sphere is about 169.5 miles (272.8 kilometers).

The small bubble over Atlanta, Georgia, represents fresh water in all the lakes and rivers on the planet, and most of the water people and life of earth need every day. Yes, Lake Michigan looks way bigger than this sphere, but you have to try to imagine a bubble almost 35 miles high—whereas the average depth of Lake Michigan is less than 300 feet (91 meters).

Scared? You should be…

The Two Big Problems With Our Water

These few stats point to the two biggest worries we have:

The latter is the one I worry about most. We could always be wrong about relentless global warming. Maybe the trend could reverse and we find ourselves plunged into a new Ice Age. But the contaminated water of lakes and groundwater is irrefutable and will not go away. We are stuck with the mess we have created; the soil in our own nest.

I take no comfort that the children of the greedy, corrupt idiots who are causing this devastation will also starve or die of thirst, along with my grandchildren and great grandchildren. I would not wish anything on generations yet unborn and it is ghastly to me that they should be sacrificed to the Hell-bent greed of the moment.

Here Is Your Personal Solution

Meantime, what can you do? Stop washing up with liquid dish soap that contains phosphate detergents and don’t pour these types of soaps and cleaners down your drains.

Switch to glass-bottled water. It has no phthalates and BPA from plastics.

Also, you will help to reduce the abomination known as the North Pacific Gyre (aka. The Great Pacific Garbage Patch = 100 million tons of human garbage floating in the ocean, killing birds, fish and animals).

DO NOT THROW ANYTHING INTO WATERWAYS WHICH LEAD TO THE OCEAN.

It’s not that big, if 7 billion of us are going to be stupid and lazy. Look at the next picture which is the rotted corpse of a beautiful albatross. This one was killed by the incredible collection of bottle tops, lighters, what looks like an sardine tin, and other junk you can see lying where is guts were. It should make you cry. 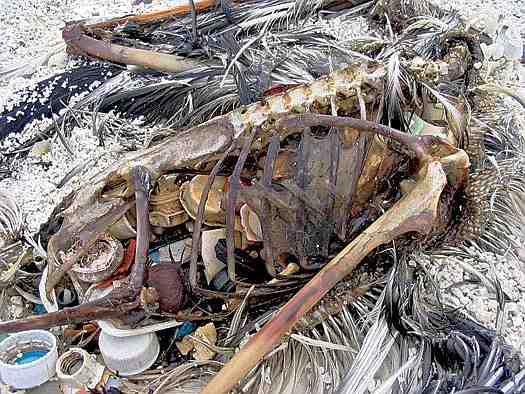 Make every effort to avoid wasting water. Yes that means YOU! It means everyone. Piss in a bucket, water it down with discharge from the kitchen and use that to feed your precious garden. Don’t use garden hosepipes!

Those of you in places like Hawaii and Sri Lanka, who are not used to the concept of a water shortage, better also get into the swim of this. Your turn will come, as the polar ice vanishes. 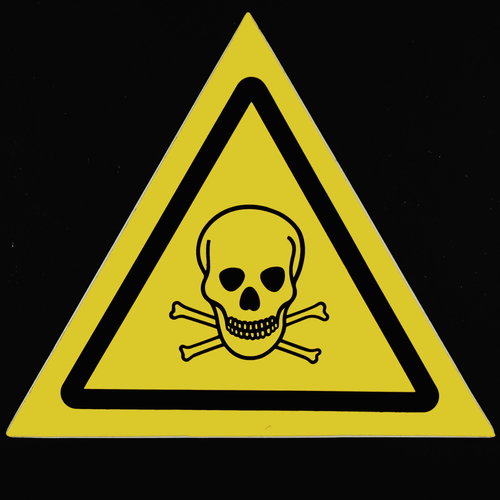 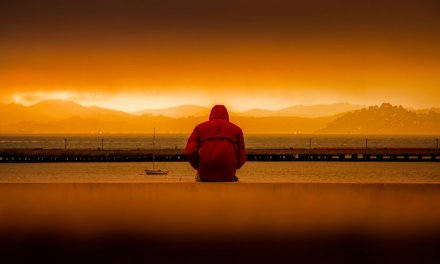