The Closest We’ve Got To
The Elixir Of Life 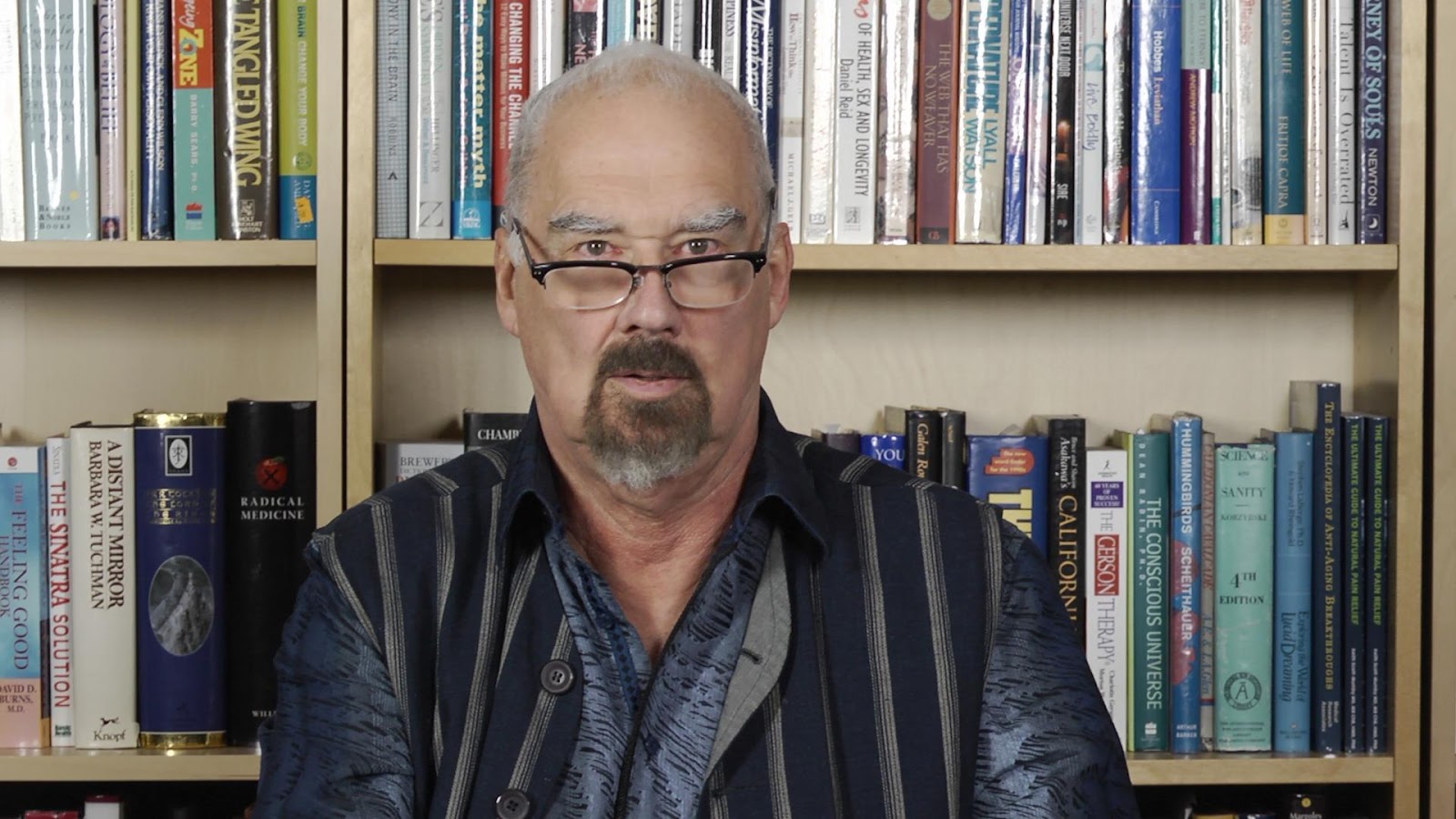 A quick lesson and recommendations
by Keith Scott-Mumby MD

Twenty years ago (even less) there were “expert” idiots claiming there was nothing you could do about aging. You got what you got and were stuck with it. It was in the genes.

The maximum possible age, we were told, was around 120. Nobody could beat that, was the fashionable mantra. So when cases came up that proved this idea was absurdly wrong, they simply wrote them off as fraudulent or mistaken.

In all that time the average age (as opposed to a maximum age) was rising and rising. But then they started with the story that our children won’t live as long as we do; no proof, just opinions. It was once again a clumsy assault on the idea of a long, healthy and vibrant life!

These prognostications were just pseudoscientific nonsense: opinions, B*S* and justifications.

Then, eventually, people (real scientists) began to question the arrogant opinions of these “experts” and, it turned out, the experts were wrong. Utterly and totally wrong.

Now we have an actual science of aging. Or perhaps I should say anti-aging! We are NOT stuck with what we’ve got. Stem cells emerged as a fact and these can replace all aspects of our tissues (yes, even brain cells, which they always claimed could never be replaced).

Epigenetics came to the fore, demonstrating to us that genes mean almost nothing. Epigenetics means the factors that control the expression of genes. You can switch any gene (good or bad) on or off, like a switch. Walter Breuning lived to be 114, yet his parents both died in their fifties!

So forget genes! Nothing is inexorable. According to Prof. David A. Sinclair, at Harvard:

“Work by our lab and others has shown that the pace of aging is not inexorable or predetermined, but rather can be slowed and even reversed by a variety of approaches. These include activating the body’s defenses against aging, deleting senescent cells, and reprogramming cells in vivo. In doing so, we can protect the body against and treat both rare and common diseases including mitochondrial diseases, type 2 diabetes, Alzheimer’s disease, cardiovascular disease, and cancer.”

Then came telomeres. That looked like the ideal target. Stop telomeres degenerating and you could go on a long, long time. Doctors (and some wannabes on the internet) started writing books about telomeres.

But all that’s now old hat. We had people lengthening their telomeres but not proving, beyond a shadow of doubt, that they lived longer as a result.

Meanwhile the hunt is on for the “fountain of youth”; it could be a single molecule that—at a stroke—could eradicate aging… No more heart disease, cancer, diabetes, dementia, and many other forms of modern-day suffering. This radical new thinking about medicine maintains that if we can address the upstream cause of these diseases, we can cure them all at once (instead of relying on the current Whack-a-Mole approach) and increase the number of years people live in good health.

“We are on the verge of a public health breakthrough of the kind we have never seen before,” says S. Jay Olshansky, a professor of public health who studies demographics and aging at the University of Illinois at Chicago. “It is not trivial. This is bigtime.”

What could that substance be?

The first big breakthrough was the discovery of sirtuins and their role in health and aging. That led to the excitement about resveratrol and suddenly, everyone was interested in red wine because it’s rich in resveratrol!

But it’s not as simple as the media made out. Resveratrol is so yesterday! But the obvious question remains: WHY would resveratrol cause you to live longer?

The answer, it turned out, was a group of molecules called sirtuins. Resveratrol builds sirtuins. These are actually genes which work on the repair and maintenance of DNA.

There are several models of aging, but degradation of our DNA is probably the most persuasive. It means loss of biological or life data: “epigenetic noise”, as David Sinclair puts it. He likens this noise to a scratched DVD. We need something to polish the DVD and get rid of the scratches. This will bring back the full message of a healthy human being!

Anything which stops DNA decay (like telomeres) is a good thing. But something to REPAIR our damaged DNA and recover the lost message?  Wow, that’s something to conjure with.

Here is a now-famous image of an experiment conducted on mice by Sinclair and his team at Harvard: 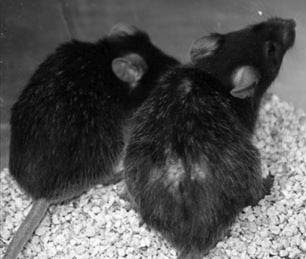 The mouse on the left is active, sleek and slim, with a glossy coat. The mouse on the right is aged, grey, overweight, dull coat and slow moving. But here’s the killer: both mice are from the same litter, born on the same day!

So what’s the difference? Whatever it is, I want some! You are probably impatient too—but stay calm. I’m coming to it.

Basically the mouse on the left got a sirtuin fix. This turned back its biological clock. It’s aging in reverse!

You must not miss the crucial point in this experiment: it means the genetic information for a young healthy mouse was still present and could be recovered! That is a staggeringly important breakthrough.

There are currently seven recognized sirtuins. You don’t need all the details. The big question is: how do we turn on sirtuins?

I’m glad you asked that. The biology is obviously extremely complex but we can narrow it down to one substance: first it was nicotinamide (NR), a vital precursor of NAD. NAD in turn is a powerful component of the B3 vitamin group.

It’s NAD that does the job. NAD stands for nicotinamide dinucleotide. Here’s the core science we have so far: NAD act as fuel for sirtuins. Without sufficient NAD, the sirtuins don’t work their miracle of anti-aging; they can’t silence bad genes and can’t extend lifespan. Yes, sirtuins are miracle life extenders… but NAD is what fuels them.

Is there an even better way to boost NAD? Yes! It’s the current winning molecule for the position of “the elixir of life”, the substance sought by medieval alchemists, who believed that such a substance existed and would bring limitless life!

It’s called nicotinamide mononucleotide (NMN). Give an animal a drink with NR or NMN in it and the levels of NAD in its body go up by about 25% over the next couple of hours.

Researchers at Harvard showed that the mitochondria of old mice (the tiny cell bodies that create energy) would start to function like the mitochondria of young mice after just a week of NMN injections [Lifespan: Why We Age and Why We Don’t Have To, David A. Sinclair, Atria Books, New York, 2019, p.136]

Now remember, all this research is based on studies in animals, chiefly mice. But as Sinclair says [p. 137] “Human studies are ongoing… So far there has been no toxicity, not even a hint of it.” Well, we wouldn’t really expect the “elixir of life” to be toxic, now would we?

Basically, on this model, NMN and other “vitality molecules” reduce the build up of information (the “noise” that causes aging), thus restoring the program.

NMN isn’t a regulated substance (yet). It’s available as a supplement. Even better news: I have it! Dr. Keith’s Own® can proudly offer the latest and best preparation of NMN for everyone’s health and vitality.

I’m not going to do “social proof”, which is what canny internet marketers call testimonials (you know: the “I take it every day and feel years younger” baloney). Instead I have presented you with the core up-to-date science.

There is science… REAL science and it’s very, very exciting. Despite all the naysayers, the boundaries of human life are being pushed back. You may not want to live forever; I’m sure I don’t. But I wouldn’t mind being the skinny, sexy, glossy-coated mouse, instead of the faded, gray, lackluster, has-been sibling.

Here’s what you do:

Go to Dr. Keith’s Own® and get yourself some NMN RIGHT NOW. It’s ready for you. Get a bunch. It’s something to stockpile, because the effects may not be felt for weeks.

Hurry up and get some. Big Pharma science wants total control over this bursting oil well and will soon seek to have NMN classified as a drug, so they can get rid of it and substitute their patented cuckoo in the nest. Then sirtuin-building will cost a fortune, you’ll have to have a prescription and you can’t live long and healthy without paying Pharma a fortune. It’s your DNA, your DVD of life data, but you’ll be forced to keep the epigenetic noise that we DON’T want.