At least I hope it does! I wouldn’t like the thought of you being comfortable with what is happening in our world. Suddenly, we have transformed from a life of muddled confusion, but in which WE WERE IN CONTROL OF OUR OWN DESTINY, to a new order in which we are little more than cattle… insignificant, ignorant and very easily expendable, if that suits the new power elite.

At the January 2020 meeting of technocratic elites in Davos, Switzerland, an Israeli keynote speaker, Yuval Noah Harari, warned we are entering an age of digital dictatorship where humans “are no longer mysterious souls — we are now hackable animals.”1

Now it is important to note that this was pre-COVID (January). The public were not aware of the international Chinese menace that was developing until March 2020. Yet already, some were considering us like cattle, meat, livestock. Or robots, even.

I’m not saying Harari is a bad person. He is an Israeli public intellectual, an author and a professor in the Department of History at the Hebrew University of Jerusalem. In fact I’ve got one of his books and it’s great: Homo Deus: A Brief History of Tomorrow.

He has also written Sapiens: A Brief History of Humankind and 21 Lessons for the 21st Century. Harari is merely the observant commentator, not the origin of the mischief.

But he put his finger right on the pulse. We have been taken over, not by AI or robots—as people like Ray Kurzweil predicted—but by a digital techno-elite of rich, insane and dangerous people.

Why dangerous? Because they believe they are TOTALLY RIGHT, just as Hitler did, just as Chairman Mao and Pohl Pot did. Other people’s opinions do not count. In fact those with opposing opinions are best eliminated, as just a nuisance and a waste of space.

In fact it’s one of the super-rich dudes, Elon Musk, who said that AI is likely to overtake humans in the next five years. He said that artificial intelligence will be vastly smarter than humans and would overtake the human race by 2025.

“But that doesn’t mean that everything goes to hell in five years. It just means that things get unstable or weird,” Musk said in an interview with the New York Times. He also said that things will be weird when computers are way smarter than humans. 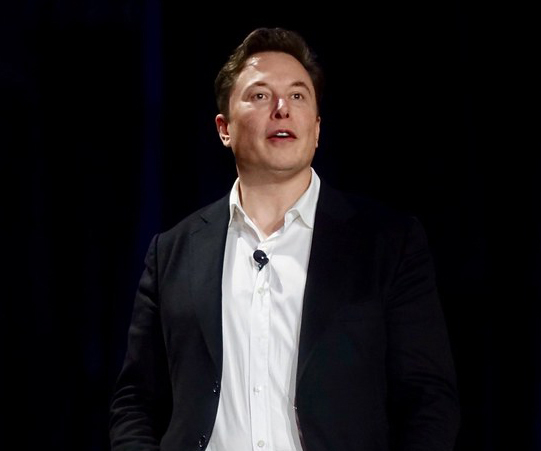 Again I’m not saying that Musk is insane. In fact I share his biggest fear, which he says is Google’s DeepMind. “Just the nature of the AI that they’re building is one that crushes all humans at all games,” he said in the interview.2

He has been a strong advocate of AI wiping out humanity and has time and again said that it will destroy humanity as a matter of course without even thinking about it.

If Musk is correct, we face a truly miserable future: He had earlier called AI an evil dictator and that while humans will die, for an AI, there would be no death. It will live forever. “And then you’d have an immortal dictator from which we can never escape,” he was quoted by Analytics India Magazine, a publication which chronicles progress in the space of analytics, AI and Big Data.

It makes one shudder.

Google absorbed the health division of DeepMind, the UK-based artificial intelligence (AI) company it acquired in 2014, sparking concerns over the implications for patient data privacy.

At the same time, Google dissolved its independent review panel of academic and data government experts who has been appointed by DeepMind to monitor its medical data use. So no-one can peep inside and no there is no accountability.

If that doesn’t concern you, it should. In 2016, Royal Free London NHS Foundation Trust shocked everyone when it was found to be providing DeepMind with data on 1.6 million British patients without their consent.

The Information Commissioner’s Office ruled this to be unlawful and Royal Free London (a hospital, in effect) was required to establish a proper legal basis for future data processing and complete a privacy impact assessment.3

But you think Google cares about these niceties? They just ride roughshod over anything and anybody, in their greed and power mania.

One other trust has withdrawn from agreements with Google: Yeovil District Hospital NHS, in southwest England.

See, this is where international cartels get around most laws. Once Google has siphoned off the data it wanted, they don’t care if the NHS trusts go bust and vanish. Google has no legal agreement abide by UK rules and regulations. They just ignore them.

It’s the same with taxes. Google earns $BILLIONS every year. In terms of paying tax in the United Kingdom, Google paid just £44 million in corporation tax in 2019. That may sound like a lot, but remember that their total gross profit was $89.96 billion and their reported UK profit was £225 million.4

In the past, Google has used a notorious ‘Double Irish, Dutch sandwich’ tax loophole, which is technically legal but has been heavily criticized. Under the Double Irish-Dutch sandwich scheme companies can move their taxable income from an operating company in Ireland to another Irish-registered firm in an offshore tax haven.

They do this through a ‘filing’ of a Netherlands-based company, because Dutch tax law allows untaxed profits to be moved to a tax haven without incurring a withholding tax.

Google has now come out and said that they will no longer use this loophole and the termination of this strategy should have taken place in 2020 (did it stop?)

In fact, the organization Fair Tax Mark has calculated that six of the digital giants are responsible for a $100 billion ‘tax gap’ between 2010 and 2019, with Google being the worst offender after Amazon and Facebook.

In other words, our lives are being taken over by crooked companies. Google is in fact TAXING US. I’ve complained often before that their obscene $billions in profit are really an additional crippling tax on our economies—which WE are not allowed to dodge by any means whatever.

That puts a fortune in the hands of slimy, undesirable people. Do they use it for the common good? Nah! The only reason they want a slice of the cancer action is to make money.

And as for vaccines: need I say more? They suppress all truth about vaccines and medical concerns and complications, BECAUSE THEY ARE HEAVILY INVESTED IN THE OXFORD VACCINE (AstraZeneca). This is why YouTube (owned by Google) censors anything that threatens the rollout and future profits of COVID-19 gene modification therapies

Silicon Valley has been pushing to transform the health care system into a system based on telemedicine and personalized care through the use of artificial intelligence (AI). Google is heavily involved in this movement. If it happens, we WILL become expendable, like last year’s software.

Google is also partnered directly with the U.S. military, DARPA, in the development of transhumanist technologies for use in soldiers, including brain-machine interfaces and other even more extreme ideas. 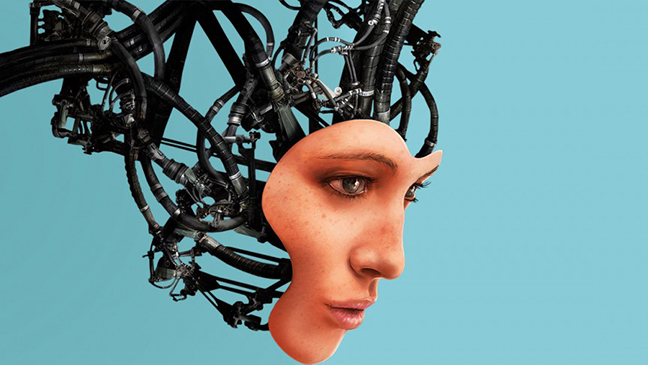 “Transhumanism”, if you don’t know, means uniting humans and machines, so that we become neither one nor the other. I covered all this years ago in my 1999 book Virtual Medicine, which is now vastly expanded and updated, published as “Medicine Beyond”. It’s not all creepy stuff, I promise! In fact the opposite, because it says we are not meat, not cattle, not brains… we merely HAVE a brain.

It’s actually a very inspiring book and has everything you need to know to live as a non-material, divine, sublime consciousness. Read more here.

I do hope I didn’t disturb you too much. But what sane person can remain complacent in the face of what is happening?

COVID regulations? That’s only the half of it. The rest has been under way for years.