From Jack Nicholson taking Lipitor in the movie “As Good As It Gets’, to
the latest scientific paper telling everyone these drugs are great, to that
irresponsible pro-industry mouthpiece Sir Rory Collins telling the world that
everyone should take statins, even children, you would think that the science
on statins was a done deal.

You would NEVER guess for instance that there is not one shred of evidence that
statins do any good!

Yet that is the truth.

Supposedly there is science saying they lower cholesterol. But since lower
cholesterol (at least in older patients) has been shown to lead to an earlier
death, would you want that?

The bald fact is that, in this world of Big Pharma drug marketing lies, they
have pulled off a massive coup of making everyone believe that statins
actually provide a benefit, when they don’t.

And–most telling of all–there is not one paper published EVER that shows
statins can achieve anywhere near the success results of simple lifestyle
modifications, such as exercise, better diet, correct supplements and
relaxation.

Lowering of cholesterol, that vaunted benchmark of the medical industry, simply
does not translate into improved health and survival risk. Yet Rory Collins is
claiming everyone has to have statins, or risk dying.

He’s gone over the edge and demands that two papers in the British Medical
Journal be withdrawn because they wrongly showed the dangers of taking statins,
saying that they would otherwise be reprinted and mislead the public into
believing statins were not as safe as the evidence shows!

He’s fencing with words because the authors of the papers in this case withdrew
their data (mistake), so now he’s smugly translating that into
“proof” that statins are actually safe, when they are not.

The Truth About Statins Is…

When statins are used in low-risk patients without heart disease (primary
prevention) there is no mortality benefit. That’s right. Your chances of dying
are the same on or off the drug, regardless of how much the statin lowers the
cholesterol level.

There is a small lowering of future vascular events (stroke/heart attack) over
five to 10 years. The absolute risk reduction is in the range of seven per
1000. That’s a 0.007% benefit. Put another way round, for 99.3% of
statin-treated patients, there is no measurable benefit! So they are a waste of
time (and money), even if harmless. 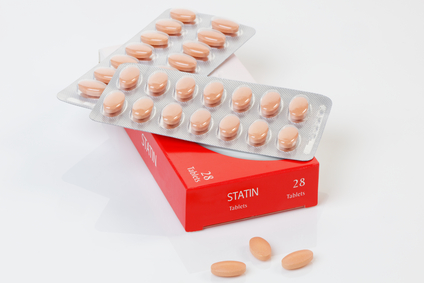 But statins are far from harmless. They are DANGEROUS drugs. For example,
there is a general agreement that statins increase the risk of developing
diabetes, especially in women, and that risk is about the same as preventing a
stroke or heart attack, approximately 1% (which totally wipes out a supposed
0.007% benefit!)

See, there has never been any honest, independent corroboration of the
scientific studies published on statins. All the studies (and I mean ALL)
have been paid for by Big Pharma and the raw data kept secret from the world.
The only figures that have ever been published are those massaged by industry
shills, to try to make this class of drugs look good.

It is absolutely 100% certain in my mind that the raw data would tell a very
different story, if ever the drug companies were forced to published the real
results of their clinical trials, instead of just massaged “results”.

So I call for you to reject all suggestion that there are proven
benefits to statins, until or unless we are shown the true facts, not massaged
figures.

There are numerous other side effects of statins, such as muscle pain,
cognitive issues, decreased energy, sexual problems, and kidney and liver
injury, among others. And of course death, due to rhabdomyolysis.

Yet Sir Rory Collins (draw your own conclusions on what his reward may be) says he
has little confidence in British Medical Journal’s inquiry into papers on
side-effects of drugs and wants the government to step in.

This man is claiming that a full and honest enquiry by his peers, pointing to
the possible hazards if statins, should be overridden by the government?
Government what? Politicians are not trained doctors. He wants the whole
scientific debate thrown out on just his say-so?

What actually happened was that the authors of the investigation into the
dangers of statins suddenly retracted their findings (under pressure from you
know who, of course). But the journals in question correctly refused to
withdraw the papers. Collins’ response is “as long as the papers were in
circulation, they would wrongly undermine confidence in the drugs”.

Do you smell a rat? Of course only industry lackeys would ever accept wording
such as “confidence in the drugs”. There is no confidence
in statins amongst honest, informed doctors!

Moreover, only a criminal madman would question a necessary and advisable
caution amongst peers! 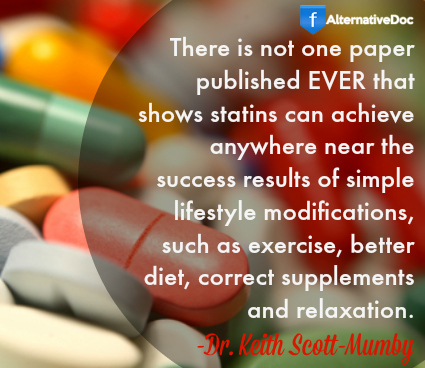 There is another worrying factor. While supposedly being “beneficial”,
statins completely cancel out any faked merits, because they cause significant
weight gain. You don’t have to be a trained doctor to know that obesity is a
very dangerous predictor of heart attack.

A study presented in April 2014 at the Society of General Internal Medicine
meeting in San Diego showed that individuals prescribed statin therapy for high
cholesterol consumed more calories and more fat than nonstatin users. And, not
surprisingly, this increase in calories paralleled an increase in BMI in statin
users.

An analysis of a prospective cohort study of men (published in JAMA Internal
Medicine) revealed that physical-activity levels were lower among statin users
compared with nonusers independent of other cardiac medications and of medical
history. So the toxic feeling they create discourages healthy habits and
exercise?

These two recent studies are troublesome. As pointed out in the excellent
coverage from heartwire journalist Michael O’Riordan, there may be an
interaction between medication and lifestyle. Namely, if statin users consume
more calories, gain weight, and exercise less, it becomes easy to see why
cardiovascular benefits are vanishingly small.

I repeat my bitch: no statin drug has ever been compared with lifestyle
interventions for the prevention of cardiovascular disease. Yet such
interventions have been shown to have benefits that statins manufacturers could
only dream of.

What To Take Instead

Take BergaMet, I do! It’s science is way better than statins, it’s natural and safe.

I get mine from the world’s number one quality supplier in fact I’ve met with them since they are
down the road from my home in Las Vegas.

BergaMet is based on an amazing health-giving extract from the bergamot
plant (watch the spellings). If you have ever drunk Earl Grey tea, you
will be familiar with the pleasant, unusual citrus odor of oil of bergamot, the
primary flavor.

Thing is, there are a lot of “me too” bergamot extracts jumping on
this. I’ve been asked to promote some of these. I won’t because I know they are
inferior.

Let me warn you: there is only ONE valid extract and that is from plant growers
in the Calabria region of Southern Italy, which BergaMet exclusively uses. All others are inferior in type and
in quality of extract.

All science showing the benefits of bergamot extract are based on this
product, no other, and the sole world supplier of it (patented Bergamot
Polyphenolic Fraction or BPF) deals exclusively with the producers of BergaMet.

Forget about all other “Bergam-anything” brands; they are
not the real deal.

Like Selwyn Barr, CEO and producer of BergaMet, I too firmly believe that the
BPF extract will one day be recognized as perhaps the most significant natural
product discovery in the last several decades.