We have spent many a thousand words in my newsletter discussing the horrors and failures of orthodox cancer treatments. Chemo is bad—it can be fatal after just one dose (Newsletter: DPD deficiency, 28 Jun 2019). Even if tolerated, it messes with biology and is increasingly seen to be ineffective, long-term.

Radiation therapy borders on nonsense! Radiation is one of the known causes of cancer, yet orthodox doctors see no problem in making it a treatment, when it suits them.

Surgery is often drastic, disfiguring and worthless anyway. There used to be a term when I was younger: “commando surgery”. It was pretty heavy and mirrors were not allowed into the patient’s room, until after a long preparation. The shock was sometimes almost too much to bear (legs missing, breasts missing, face missing, no voice box, etc.)

But it could be worse. How? What if the patient DID NOT have cancer but was subject to trauma and unnecessary mutilation anyway?

It happens. Wrong or switched biopsy labels, labs, junior staff, inexperience, “bad day at the office” or whatever, can have the outcome of a patient being told they have cancer when they do not. Even worse, drastic treatments may be instituted before the error comes to light.

Sarah Boyle has been left traumatized after doctors at Royal Stoke University Hospital misdiagnosed her with breast cancer at the end of 2016. The error only came to light in July 2017, by which time the 28-year-old had already received several rounds of grueling chemo and a double mastectomy. 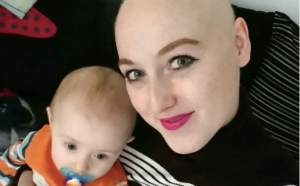 Mrs Boyle has suffered psychological trauma as a result the ordeal and also continues to endure ongoing symptoms caused by the unnecessary treatment. As a result of the blunder, she was unable to nurse her second child: a big disappointment. There is the additional concert that the breast implants that were substituted may put her at added risk of developing REAL cancer.

But how common is this? The case emerged weeks after health chiefs warned that 11,000 British patients a year may be dying as a result of NHS blunders (National Health Service).

Doctors are not perfect. In 2000 Barbara Starfield MD became notorious worldwide for her research revealing that (in the USA alone) doctors were the 3rd leading cause of death, after heart disease and cancer. 250,000 deaths in total, per year, due to doctors. And the big shock: over 100,000 of these were NOT due to errors, but with correct diagnosis, and correct treatment, at the correct (recommended) doses! [2]

In other words, the agreed treatments are deadly!

It set me searching for cancer diagnosis and treatment goofs. I found plenty. Breast cancer seems to have had far more than its share of errors and unnecessary treatments.

Take the case of Dr Barbara Heartwell, at Hôtel-Dieu Grace Hospital in Ontario, Canada. She TWICE goofed and misread biopsy specimens. TWICE she removed a woman’s breasts, when there was no cancer.

Rather surprisingly, after being suspended, she had her hospital privileges returned, accompanied by these words from the hospital board of directors: Dr. Heartwell “was not an immediate threat to patient safety.”

Oh really? And were the two mutilated patients at the board meeting? No, of course not.

Dr. Heartwell’s reinstatement does not end her problems. She is under investigation by the College of Physicians and Surgeons of Ontario, the provincial medical watchdog. But the hospital revealed last night that she was also the subject of a complaint back in 2004. [1]

It may not just be due to an erroneous biopsy interpretation. One woman told her story in the Huffington Post: she had bilateral prophylactic mastectomies, because she had the BRCA1 gene (following Angelina Jolie).

Matters didn’t just stop with mastectomies. This genetic mutation threatened all her reproductive system, making her ovaries a ticking time bomb. So, reluctantly, the patient prepared herself for a total hysterectomy plus bilateral salpingo-oophorectomy, the complete removal of the ovaries, fallopian tubes and uterus. While the surgery is less complex than a mastectomy, the effects of it can be more severe.

Essentially, the result is an immediate and unprepared menopause. This has an impact of every single type of tissue in a woman’s body and affects everything from skin health to cognition and memory. There is also the major trauma (always underplayed by doctors) that this mutilation signifies the end of childbearing years and the removal of the key organs that, for many women, symbolize femininity.

Unfortunately, it emerged later, this lady did NOT have the BRCA1 gene. She was negative. Duh! [3]

So, it comes back to my old motto folks: IF YOU WANT TO LIVE WELL AND LIVE LONG, STAY AWAY FROM DOCTORS AND HOSPITALS!

Wow! Even in the hour I was writing this (July 25th), news came in that Neil Armstrong, the first man on the moon hero, died of botched cardiac surgery. Can you believe? Armstrong died in 2012 but the full truth has now emerged. 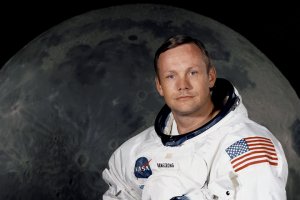 You need to become your own health advocate. That’s especially true when cancer rears its head. As a cancer sufferer, or just a “maybe”, you are a target for a predatory system that wants to milk you for revenue. A cancer patient is worth $100,000s. That’s worth bending a few rules and cutting a few corners for (don’t write to me! I’m being ironic).

You need to protect yourself. And, as always, I point out that knowledge is your best defense. You have to know the rules of the game, otherwise you can never win.

There are plenty of resources out there, not the least of which is my magnificent CANCER RESEARCH SECRETS book. But this is not about MY book; it’s about an amazing educational program put together by young Chris Wark.

Chris is a cancer survivor. In his 20s, he beat stage III colon cancer and has been sharing how he did it, with tips and advice from experts like me. Even if you are not currently facing a cancer, you could benefit. If you or a loved one are battling malignancy, it’s a real MUST. It could save your life.

Like everyone else, Chris was immediately put on the cancer treatment roller-coaster and was about to start long term chemotherapy…

But he and his wife (sort of accidentally) asked his oncologist two life-changing questions. These questions changed the way Chris looked at cancer treatment and started him on a journey that ultimately led him to healing without chemotherapy.

Today, over 14 years later… Chris is cancer-free and in the best shape of his life. Now he’s on a mission to help patients get the TRUTH from their oncologists so they’re empowered to make the best decision for them.

Chris created a free guide featuring crucial questions that every cancer patient MUST ask their oncologist before starting ANY treatment.

This powerful guide will help alleviate the fear and overwhelm of cancer and help you and your loved ones get honest answers from your doctor so you can make treatment decisions based on facts, not fear.

20 Questions for Your Oncologist includes a 1-hour audio program, a transcript to follow along and take notes, and a printable question list.

All you have to do is click the link and start reading!