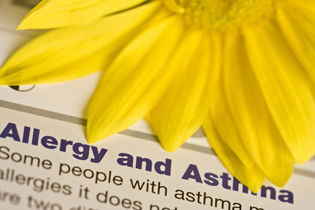 The allergy-aware doctor today thinks in terms of target or ‘shock’ organs. The concept is really very simple: some part of the body, or a particular organ (for reasons which are not clear) receives more of an allergic reaction than the rest.

Whatever the environmental stressor, whether it is a food, a chemical, a hidden infection or some other insult to the tissues, the symptoms appear at the weak point and are ‘referred’ to this organ, regardless of the actual trigger. Thus you may also hear the term “end-organ failure”. The symptoms experienced will depend largely on the function of this organ and whether it is excited (stirred up) or depressed (slowed down). 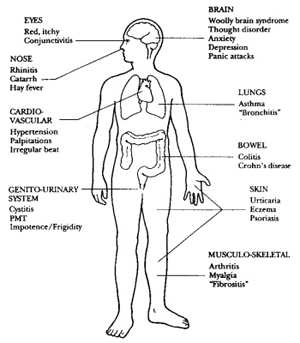 Target organs: some examples of symptoms and the relevant organs

Undoubtedly the most sensitive organ in the body is the brain. It is the seat of our highest functions; our thoughts can easily become disordered by allergy. The resultant disturbance can be as mild as forgetfulness or as frightening as full-blown dementia. Probably the most common symptom of all is ‘woolly brain syndrome’ which is surprisingly common; so much so that many people consider it ‘normal’ It is only when they try an exclusion diet or a similar unburdening step that they realize it was a pathological condition, because it clears.

No part of the body is spared. Allergies can and do mimic many diverse conditions, such as cystitis, colitis, hormone disorders, schizophrenia, hypertension, peptic ulcer, etc. The list is a long one and the reader is referred to other sections for a full discussion: mechanisms of allergy.

Remember, this effect can also be modified by other important principles in clinical ecology, for example, biological variation and adaptation, in which the body fights constantly to adapt to each new stressor. This can cause the target organ to change. Thus a typical allergic history would include a number of manifestations: perhaps eczema in infancy, hay fever in childhood, migraine in the teenage years and arthritis in later life. Doctors might make the mistake of thinking the patient is suffering from different illnesses, but really these are simply changing reactions to the same disease, which is focusing on a new target organ. The good allergy doctor sees the underlying allergic individual, no matter what the varying manifestations might be. 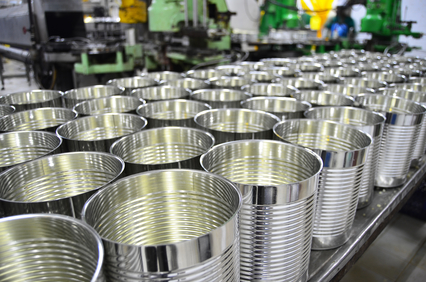 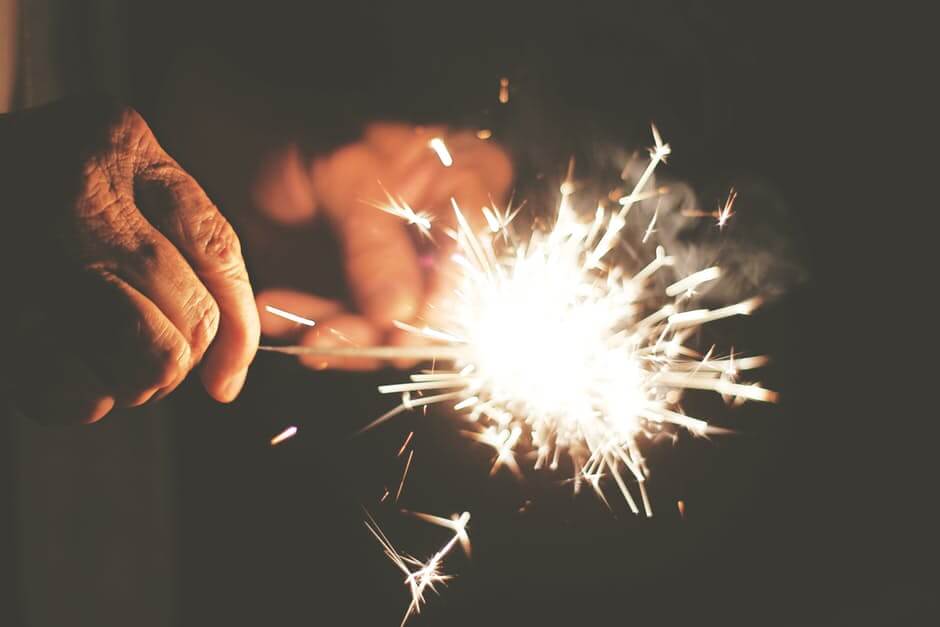 Take Control of Your Health in 2017 with 5 Tips 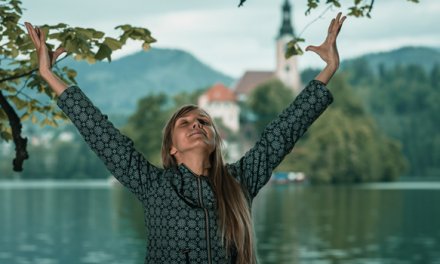