Cannibalism and Violence… The Effects of Poor Nutrition!? 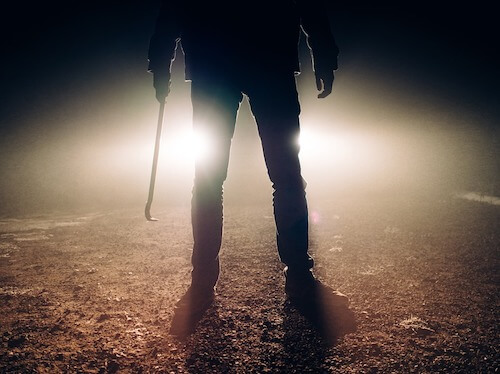 The world today is in turmoil. Diets today have hardly ever been worse. Is there a connection between the effects of poor nutrition and violence? Actually, there is.

Now don’t write to me and tell me we were on the verge of starvation since the dawn of history. I know that. Yet human skeletons in the Paleolithic period were healthy, tall and athletic. We were in wonderful physical condition in Paleo times!

Moreover, in both World Wars, when food was extremely scarce, psychotic disease—notably schizophrenia—virtually disappeared until after hostilities ceased.

Those of you who have read my paradigm-busting book Diet Wise will know there is a very strong connection between the effects of poor nutrition and violence. In the book I report one of my world-class cases, in which I made medico-legal history. In 1986, for the first time anywhere, a court of law recognized my pioneer work, showing that food allergies could make a person violent. 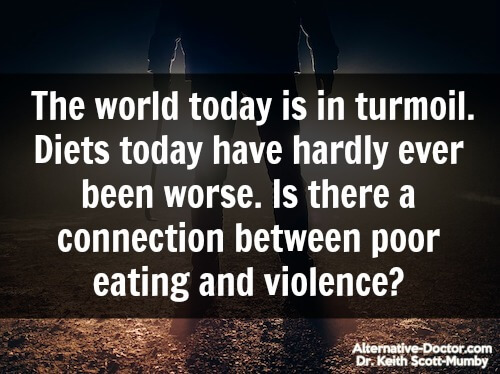 The patient was an Irish youth made murderously aggressive by a reaction to potato. Being Irish, you can imagine this caused a world-wide sensation, “The Irish Potato Boy” howled the headlines!1

I have many other stories on my books of violent behavior after eating certain foods. Food allergies can inflame the brain and anything can happen: inappropriate sexuality, attempted murder, smashing up, ADD and ADHD, depression, even schizophrenia.

That’s even before I started on the “gut brain”!

I also tackled the subject of “Pottenger’s Cats” in Diet Wise. This was a famous chunk of nutrition history. Junk foodies beware!

Between 1932 and 1942, Francis M. Pottenger, Jr., M.D., conducted a classic ten-year, multi-generation nutrition study on cats. Certain animals were put on diets consisting only of pasteurized milk and cooked foods, equivalent to our processed foods and quite unlike the normal, healthy cat diet of raw meat.

Predictably, they became ill, and by the third generation were so effete as to be infertile so that those particular strains died out. But what was really disturbing was the fact that cats taken off the deficient diet took three generations to return to normal health parameters.2

Parallels with our modern human diets are inevitable, and if the findings hold true for us as well as for cats the implications are very serious indeed: namely that through bad eating we are ruining not only our own health but also that of our children and grandchildren.

Unfortunately, this very important study has gone largely ignored by the medical establishment. There are several reasons for this: to begin with, the medical profession as a whole tends to ignore nutrition as being relevant to health; secondly, although this experiment was a milestone and undoubtedly years ahead of its time, it failed to conform to current criteria in medical scientific rhetoric. I may also be forgiven a certain amount of cynicism in saying that since the findings were counter to the interests of the Food and Agribusiness, Pottenger’s work was doomed to hostility.

What Pottenger also noticed is that the cats not only became ill, they turned violent and anti-social. Fighting within the cat population increased in frequency and severity resulting in death and even cannibalism. Homosexuality (unusual in cats) became prevalent. Litters were frequently stillborn. Those that got to term were often malformed offspring, with skull and jaw abnormalities.

It needs hardly be stated, the cats fed a normal diet of fresh, unpasteurized milk and raw meat were quite well and flourished.

What was very strange about this study was the Pottenger planted the dirt in the floors of the cages with soya beans. The excrement of the normal cats allowed the soy beans to grow normally. In the cages of the cats fed the feline equivalent of Macdonald’s and junk food, the soy beans would not grow!

Well, Pottenger’s work, along with that of another nutrition pioneer, Weston A. Price is now archived at the Price-Pottenger Nutrition Foundation (ppnf.org), a non-profit educational resource providing access to modern scientific validation of ancestral wisdom on nutrition, agriculture, and health for 55 years.

It’s one of the most unique health resources in the world, maintaining a library of over 10,000 historical and contemporary references! (not to be confused with the splintered off Weston A. Price Foundation, founded and run by Sally Fallon).

Perhaps you are thinking cannibalism is a bit extreme. How can a diet make animals cannibalistic, when normally they are not?

If you do, you have a shock coming!

A new study published by Tissier and colleagues at the Université de Strasbourg, France, showed that hamsters fed a diet of processed corn—which is notoriously deficient in vitamin B3—began cannibalistic behaviors. They attacked and ate their siblings with gusto.

The mothers even began eating their own offspring (Eww!)

Only 5 percent of the offspring of the females fed corn survived. The rest were eaten. For the other group fed a varied diet, 80 percent of the babies survived. However, supplementation of the hamster diet with just vitamin B3 (niacin) prevented the aggressive cannibalistic behavior.3

Vitamin B3 is then the hero. Question:

Could This Have Wider Implications?

Todd Penberthy, writing for OrthoMolecular News (orthomolecular.org) proposed a quite shocking idea just recently. In broad terms, he draws attention to a world in a widespread state of niacin deficiency by the 1940s. Was that contributing to world violence? Well hey, what if it did?

Mandatory fortification of the vitamin niacin in the United States was initiated at just the precise moment when our society became tired of war. Was niacin fortification an integral to rescuing an otherwise excessively violent world in the 1940s?

The niacin-deficiency disease pellagra became common as a result of mass consumption of became more common after roller-milled wheat and corn were made available, inexpensively, from the 1880s. I already explained in my book Diet Wise how industrially processed corn was not correctly treated with alkali (lime juice, actually) as practiced by the ancient Maya and Aztec people. 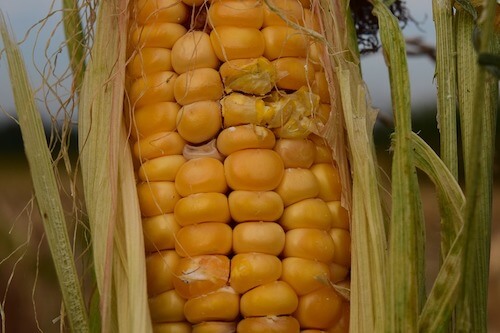 Pellagra symptoms are memorized by all medical students as the “4 Ds”: dermatitis, diarrhea, dementia, and death. Changes in behavior are difficult to measure, but mortality statistics for the United States suggest that pellagra was perhaps the most severe nutritional deficiency disease ever recorded in US history.

Before the discovery of niacin, over 100,000 people died in the southern United States alone due to pellagra. At the time, the cause was unknown (vitamins had not been discovered). Shortly after the discovery of niacin, scientists and medical professionals including Dr. Goldberger and Dr. Abram Hoffer helped to establish mandatory fortification in the 1940s.5,6

With the fortification of niacin in white flour and bread, mortality rates were decreased by orders of magnitude within a matter of years! This underscores the critical sensitivity of all animals including humans to niacin deficiency.

“Improperly cooked maize-based diets have been associated with higher rates of homicide, suicide and cannibalism in humans,” according to Gerard Baumgart, a scientist and expert on European hamsters. Epidemiological studies have confirmed this.7

On first thought, it seems incredible that a single vitamin can prevent a behavior as complex as cannibalism.

But in our violent world of unempathetic, aggressive behavior in humans, there may be an indication of a need for higher levels of niacin in the diet than are provided by mere “fortification” of foods. As someone joked, if you are robbed of $100 and the thief offers you back $5, is that fortifying your wallet? I don’t think so. 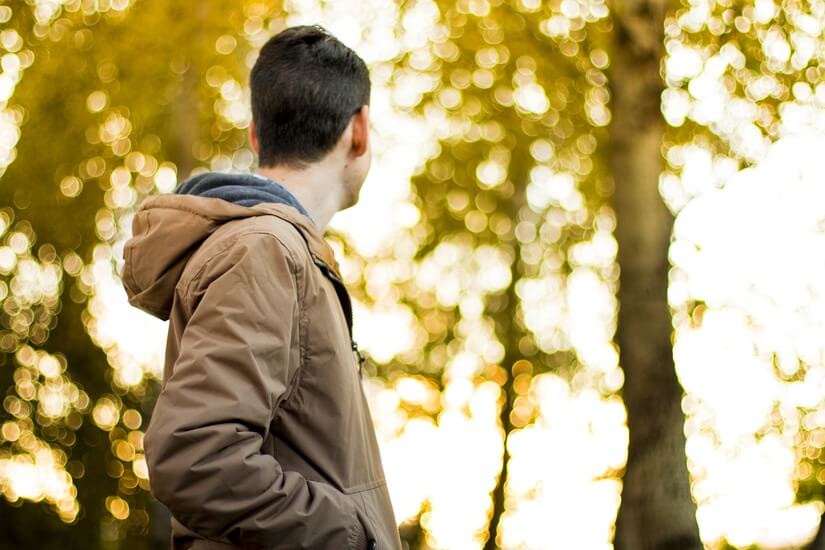 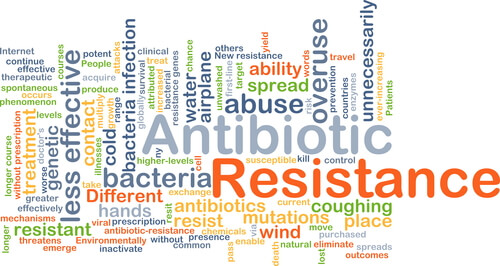 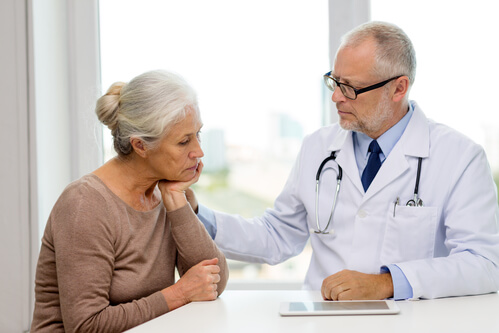