Damned right we should. 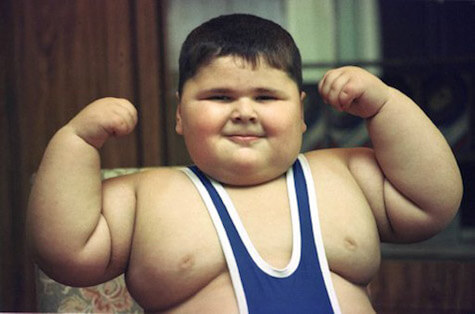 Several times in my writing I have referred to the “Pottenger’s cats” experiment. It’s in my book Diet Wise, for example, chapter 6, p. 53.

Between 1932 and 1942, Francis M. Pottenger, Jr., M.D., conducted a classic ten-year, multi-generation nutrition study on cats. Certain animals were put on diets consisting only of pasteurized milk and cooked foods, equivalent to our processed foods and quite unlike the normal, healthy cat diet of raw meat. The rest were fed on raw milk and uncooked meat (natural diet).

Predictably, the animals eating processed foods became ill, and by the third generation were so effete as to be infertile so that those particular strains died out. But what was really disturbing was the fact that cats taken off the deficient diet and restored to proper eating took three generations to return to normal health parameters.1

Parallels with our modern human diets are inevitable, and if the findings hold true for us as well as for cats the implications are very serious indeed: namely that through bad eating we are ruining not only our own health but also that of our children, our grandchildren and beyond.

In other words, bad health, poor diet and bad nutritional outcomes can be passed on to offspring. This completely violates Darwinian evolution theories, whatever the Mad Dawkins claims. Only what is in your genes can be inherited, Dawkins claims. The truth is otherwise and is emerging more strongly though time.

A human example of what we now call “epigenetics” (meaning: over and above genetic traits) is the startling result from the Dutch Famine Winter of 1944-45. Remember this was what Audrey Hepburn wrote about in her autobiography: starving nearly to death and living on grass, weeds and tulip bulbs, due to the decimation left by the Nazis. A German blockade resulted in a catastrophic drop in the availability of food to the Dutch population. More than 20,000 people died by the time food supplies were restored in May 1945. 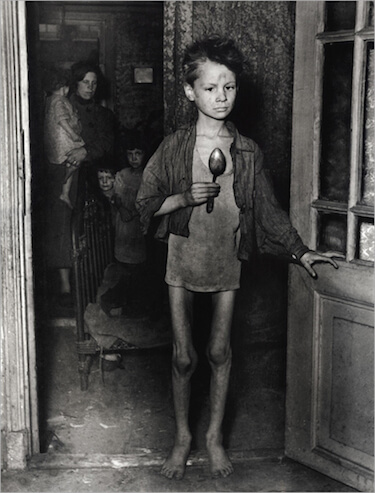 Dutch boy during the Famine Winter

Fortunately, not our Audrey, who became a famously petite film star (partly due to her early under-nutrition, I’m sure). Incidentally, my great friend Charles van Kessler, developer of my favorite vitamin formula “Passion4Life”, also went through this starvation episode. No wonder he became obsessed with developing the world’s best nutritional supplements!

But what happened was that the a number of studies have shown that individuals who were prenatally exposed to famine during the Dutch Hunger Winter (meaning mother was in a starved condition), still had abnormal nutritional traits 6 decades later. Examples: less DNA methylation, diminished growth and a tendency to obesity.2

As we understand more and more, it becomes clear that what happens experientially by our ancestors can, indeed, be passed on to offspring, through more than one generation.

“These findings are exciting and provide tremendous opportunities for epidemiologists,” lead author L.H. Lumey, MD, PhD, associate professor of Epidemiology at Columbia University’s Mailman School of Public Health is quoted as saying. “Looking at the human genome we see systematic changes in gene regulation during early human development in response to the environment. The epigenetic revolution has given us the tools to investigate these changes and look at the impact for later life.” 3

It’s a triumph for the intellectual prowess of Jan Baptiste Lamarck and his theory of evolution, which differs radically from Darwin’s. As long ago as 1801, Lamarck’s Theory of Inheritance of Acquired Characteristics, proposed that, if an organism changes during life in order to adapt to its environment, those changes are passed on to its offspring.  (Darwin’s book dealing with evolution by natural selection was published more than half a century later, in 1859).

Now we have Lamarck on steroids: researchers have discovered that environmental genetic changes (epigenetics) can be passed down for an incredible 14 generations, in a genetically engineered nematode roundworm called Chaenorhabditis elegans.

If the idea even partially applies to us humans and other mammals, the concept is pretty scary! 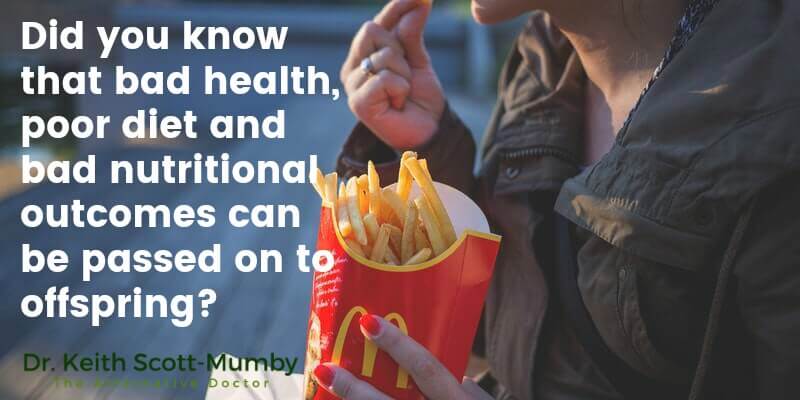 Worms Light Up When It’s Warm Outside!

A team led by scientists from the European Molecular Biology Organisation (EMBO) in Spain studied the effect of a fluorescent gene, which was activated by environmental warmth and caused the worm to glow. By moving the worms backwards and forwards, from hot to cold, they discovered that offspring worms seemed to carry the memory of a former environment. That memory was shockingly passed on to their offspring through many generations, none of which had ever experienced the warmer temperatures in their lifetimes.4

By the way, don’t think this is just some weird, off-the-wall worm. C. elegans is chosen for many human experiments, because it carries DNA just like ours, it is a multicellular organism, it develops from an embryo (sperm + egg) to adult using developmental processes just like ours and it has a digestive system for eating, a nerve system with a “brain” for “learning” and muscles to help it move.

“We don’t know exactly why this happens, but it might be a form of biological forward-planning,” Adam Klosin from EMBO and Pompeu Fabra University, Spain said in what I feel is a somewhat fatuous comment.

What Else Is Affected When Consuming Unhealthy Foods?

Numerous other studies allege to show examples of epigenetic genes in humans showing all types of effects.

Both the children and grandchildren of women who survived the Dutch Famine of 1944-45 were found to have increased glucose intolerance when they were older.

Other researchers have found that descendants of Holocaust survivors had lower levels of the hormone cortisol, which helps your body recover from a traumatic experience.

Another study by the North Carolina State University and the University of Tennessee found that a “poorly trained” immune system could be inherited as well as past trauma and even nutritional deficiencies. These results were discovered after the examination of the skulls of the Cherokee Native Americans who were descendants of those who survived the so-called Trail of Tears, in which people suffered from exposure, disease, and starvation while being marched to a new location. Four thousand died (estimates between 2,000 and 6,000).

Finally, BBC published a report in 2013 where scientist found that “transgenerational epigenetic inheritance” can even affect behavior due to events in previous generations influencing the current generation. Mice trained to avoid a smell passed their aversion on to their “grandchildren. 5

One of the researchers Dr Brian Dias told the BBC: “This might be one mechanism that descendants show imprints of their ancestor. “There is absolutely no doubt that what happens to the sperm and egg will affect subsequent generations.”

Does that mean those who attended Woodstock would pass love onto their children and grandchildren?

I’ll leave you with that thought.