Understanding the Health Benefits of a Keto Diet 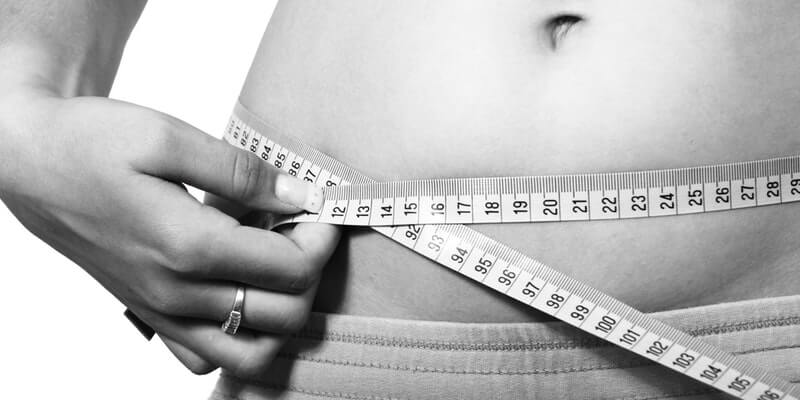 An endocrinologist named Rollin Woodyatt made a fascinating medical discovery in 1921.  He learned that the human liver manufactured specific water-soluble compounds (acetone, beta-hydroxybutyrate, and acetoacetate) at only two times.

The first was when patients fasted.  The second was when the patient eliminated all or most carbohydrates from their diet and increased their consumption of fat.

We now know these three biological compounds as ketone bodies.  They’re basically a side effect of your body burning fat for energy rather than carbohydrates.

The Simplicity Behind Ketosis

Fasting pushes your body into a state called ketosis.  This is when you run out of carbohydrates and your body switches to burning fat for fuel.  This is not the same thing as ketoacidosis (they’re often confused) where your body is flooded with glucose and ketone bodies.

One of the reasons fasting is considered an option for detoxification is the rate of fat-burning.  You store a lot of junk toxins in your fat cells that are collected from around your body.  Ketosis pushes these toxins out as the fat is burned and the fat cells shrink.

This basic fat cell science is what led to alternative eating plans like the keto diet.

People who never enter ketosis may never rid themselves of the toxins stored in their fat cells.  Some of these contaminants are linked to higher risks of cancer, autoimmune disease, metabolic syndrome, heart disease, diabetes, neurodegenerative disease, epilepsy, and so much more.

To Fast or Not to Fast?

Fasting is a hotly debated topic.  Many in both the conventional and alternative communities are split on the “risks versus reward” of doing a fast.

While fasting remains part of many religions, it isn’t always a feasible health option.  Current state of health, family life, or schedule may make it difficult or even dangerous for you to opt for a detoxification fast.

As a side note, fasting has become popular in the last few decades as a weight loss tool.  This makes no sense because you’re more likely to gain pounds immediately following a fast!

So!  Fasting is pretty extreme.  It may or may not be a viable option for you and experts are not in complete agreement on the overall health benefits.

That’s where the keto diet comes into play for safe, effective ketone bodies. 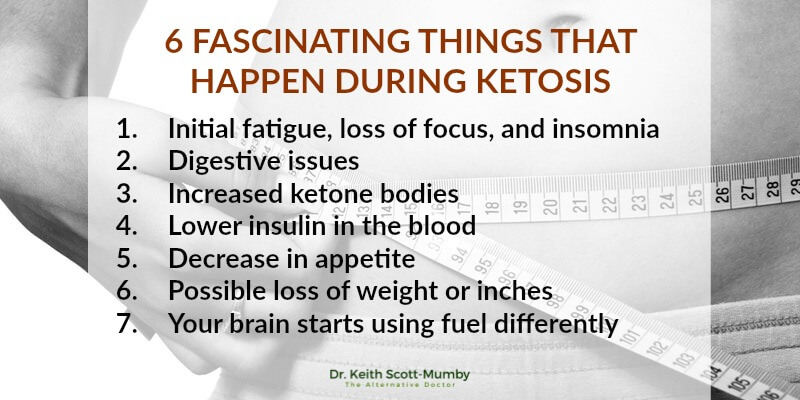 The beneficial state of ketosis is something most experts are behind.

The ketogenic diet has been used for almost 100 years to treat epilepsy (a disease that afflicts more than 70 million people around the world).  It’s particularly effective for those patients who do not respond to seizure medication (approximately 30% of patients).  Children respond remarkably well to the keto diet.

6 Things That Happen During Ketosis

Your brain runs on glucose usually because most people get plenty of carbs in their diets.  For a long time, scientists believed this was the only fuel the brain could use but they now understand this to be incorrect.

If your body goes into ketosis, your brain can get most of the fuel it needs through ketone bodies.  The small amount of glucose it still requires is manufactured by your liver (gluconeogenesis) from the protein you consume (there is substantial protein in a keto diet).

For those of us more focused on health outcomes (not weight loss), fasting or changing your eating plan is a wonderful way to trigger deeper detoxification.

The ketogenic diet makes sense if you understand the long-term damage all the “healthy grains” we’re advised to eat are causing to your body.  Scientific American reported that many products marketed as “whole grain” (a term created by the cereal industry) were used in many of the studies conducted over the last 40 years that determined recommended daily servings.

The grains used in those studies weren’t whole so the results of those studies are useless.  It’s always been the fiber – not the processed grain – that lowers your risk of disease.

One disease that loves carbohydrates (converted to sugar by your body) is cancer.  In a keto diet, you have little to no carbs because most of your diet is healthy fats and proteins.  You’re not going to provide those hungry cancer cells with any fuel to grow or spread.

Dr. Thomas Seyfried is considered a pioneer in nutritional modalities to fight cancer.  He’s one of very few mainstream doctors to consider treating disease in such a way.  Dr. Seyfried is an expert in neurogenetics and neurochemistry with Yale and Boston College.

“Cancer [must be] recognized as a metabolic disease,” he explained.  “We know that if respiration of the tumor is ineffective, to survive, the cells must use an alternative source of energy, which is fermentation.  Glucose is the primary fuel for fermentation.  By targeting the fuel for that process, we then have the capability of potentially managing the disease.”

In other words, cancer cannot use ketones for fuel…but the rest of your body can.

Possible Dangers of a Keto Diet

It isn’t right for everyone.  If you have pre-existing heart or kidney problems, speak with your physician before switching to an alternative nutrition plan.  Also, since blood sugar drops substantially on the keto diet, if you’re taking insulin, you need to consult your doctor to avoid dangerous drops.

Withdrawal from carbs is no joke.  Fatigue, irritability, and constipation may be an issue in the beginning but should fade anywhere from a few days to a week.  You need to up your fiber intake (low-carb veggies are the best option) and drink plenty of water.  As always…if you are pregnant or breastfeeding, do not drastically change your diet without talking to your doctor!

If you’re generally healthy but looking to detoxify, trim down, and improve focus – the keto diet may be right for you (and fight some cancer while you’re at it). 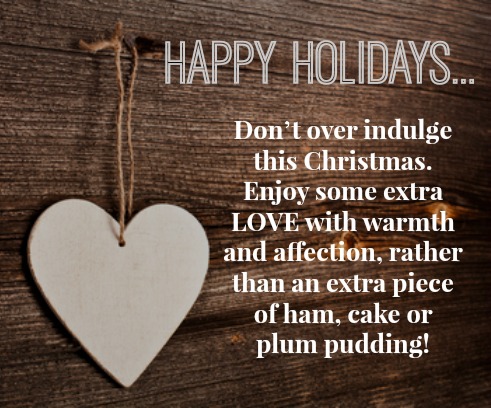 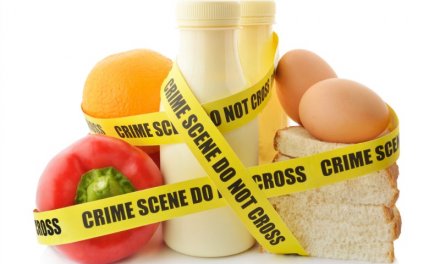 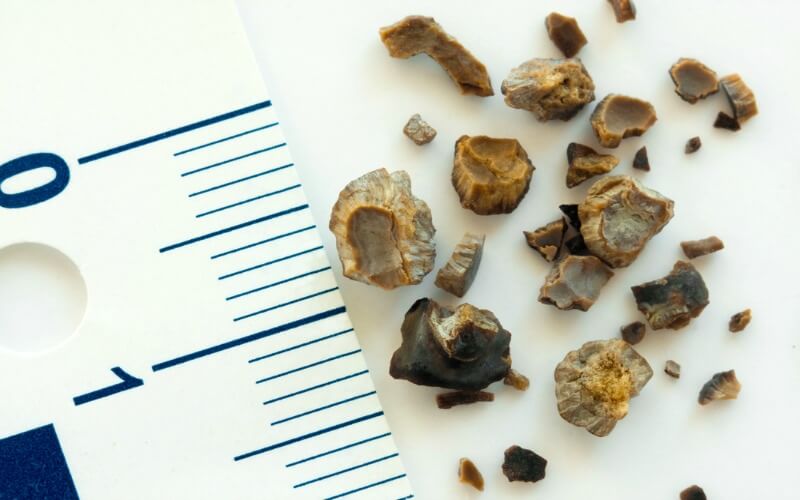 How to Get Rid of Kidney Stones (Less Pain, More Results) 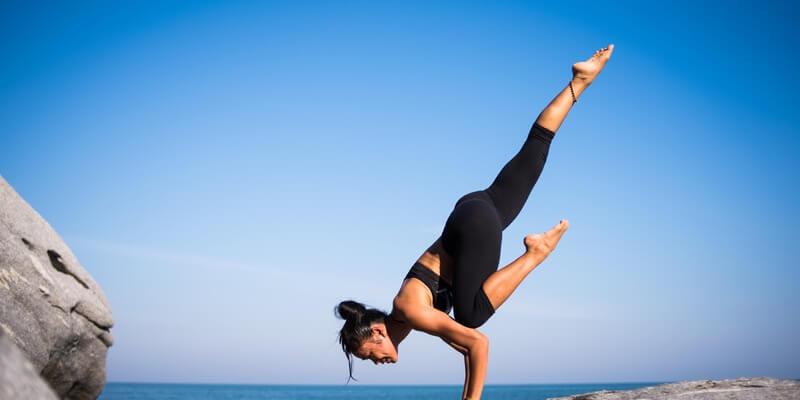