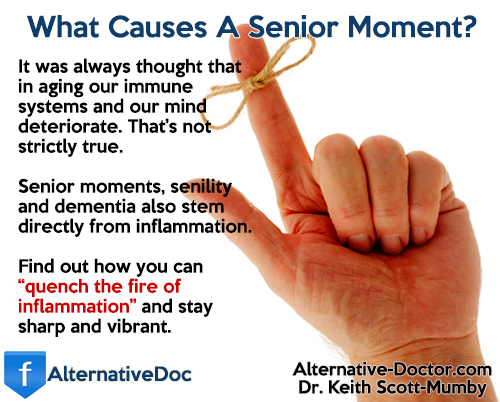 Are Senior Moments Linked to Inflammation?

It was always thought that in aging our immune systems and our mind deteriorate. That’s not strictly true. It changes in character. Those who stay fit in mind and body till extreme age have a vibrant immune system. But what causes a senior moment?

Now a new study that showed people who were most physically and cognitively resilient had a dominant pattern of stimulatory NK receptors on the T-cell surface, and that these unusual T-cells can be activated directly through these NK receptors independently of the conventional ones.

How Senior Moments Originate From Your Immune System

Be in no doubt about this. I’ve been telling you for years. Inflammation is the core of aging. You have to quench that fire to age well.

Senior moments, senility and dementia also stem directly from inflammation. Those who show signs of inflammation move earlier and quicker into cognitive dysfunction.

Conversely, those who aged badly had a dominant pattern of inhibitory NK receptors on their T-cells, and a cytokine profile indicating a pro-inflammatory environment. Inhibitory NK cells, if you don’t get it, means more susceptibility to disease, especially cancer.

All this was demonstrated neatly by a recent study (Oct 2011) from the University of Pittsburg. The findings were published in the Public Library of Science (PLoS).

The researchers concluded that there is remodeling or adaptation of the immune system as we age that can be either protective or detrimental. It’s a kind of immunological fingerprint that can identify individuals who are more likely to stay physically and cognitively well.

These findings are supported by other studies, suggesting that people who take anti-inflammatories, such as ibuprofen are less likely to get Alzheimer’s, in fact 50% less likely!

It all adds up. Growing old and doddery is inflammation, not wear and tear, genes, telomeres and any of that other stuff. It’s fire inside.

Better get those antioxidants down fast, plenty of omega-3s (brilliant against inflammation). And cut the sugar: that’s highly inflammatory.

The Body on Fire: Discovering The Second Brain

If you’ve been following me for any length of time, you know I discuss a “second brain” in the guts. You probably thought that was just a metaphor. But it’s not. We do have a virtual brain in our intestines.

There is a vast neural network that is many ways rivals the brain in the skull. It’s called the enteric nervous system, or ENS (as opposed to the central nervous system, or CNS). There are more neurons in the gut (over 100 million) than in the spinal cord.

There’s all the usual synaptic, electrical and chemical buzz going on in our guts, same as in the brain. It’s remarkable.

Thing is, the ENS has all the neurotransmitters of the upper brain: there’s serotonin (5-HT) down there, in fact 90% of the body’s serotonin is in the gut! That’s our “happy” neurotransmitter.
Unfortunately, serotonin is also pro-inflammatory (causes inflammation). Find out as I reveal the real story on how this new discovery rocks the world of science and medicine.

It brings about a completely new way of looking at the causes behind “senior moments” and all known diseases. This startling research shows us the secret science of how genes work and the importance of preventing inflammation to protect our memory, immune defenses, and slow down aging. 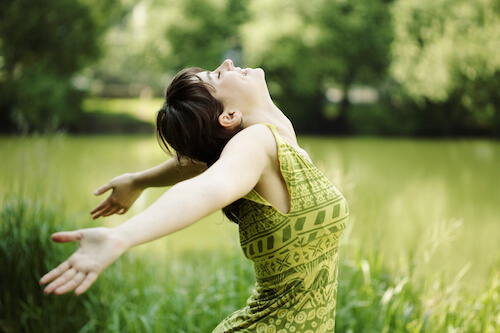 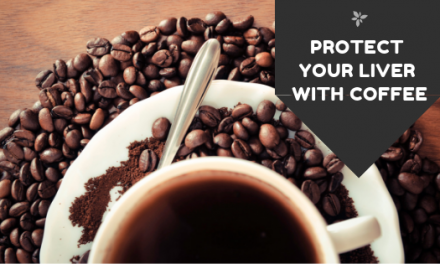 Protect Your Liver with Coffee! 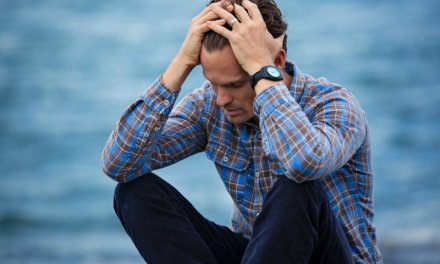 The Physical Dangers of Stress – You’re Destroying Your Body!