Here’s the truth about supplements: Even taking healthy supplements can be a bother. I had one patient with severe depression who, unaccountably, felt really low when she took a particular multi-vitamin formula. It was a good mix, I took it myself at the time.

But it came to light this patient was severely allergic to potato—it made her depressed—and it so happened this particular formula was made with potato shavings, instead of corn starch! It was “hypo-allergenic”… but not if you are allergic to potato.

I’ve issued many warnings over the years that B vitamins are derived largely from yeast; vitamin E from wheat germ; over 90% vitamin C used in the supplement industry comes from corn. That can be a problem, if you are corn sensitive.

But the truth about supplements can be more complex than you imagine.

Yesterday I was having lunch with master-formulator Wayne Harris, who also lives here in Las Vegas. He doesn’t formulate any of my products but Wayne knows plenty about the supplement industry.

He was once working on vitamin C with a supposedly corn antigen-free recipe. It was tested and re-tested and found to be 100% corn-antigen-free. But sensitive people still reacted. Well, as I explained “corn antigen” sounds good but it’s rarely that simple. People—bodies—lymphocytes—react on anything they decide not to like! The body doesn’t play by the rules of science; it does as it will.

There are tons of compounds in corn capable of triggering allergy, other than the “official” antigen.

That led to a discussion of a possible “homeopathic” effect; that the resonance or frequency of a substance long-gone was possibly still around, making trouble.

After all, we rely on a remedial substances still hanging around in essence, long after the dilution effects have removed any physical trace of the substance. That’s the very core of homeopathy (you need to see the superb talk on the science behind homeopathy I gave recently at the Truth About Cancer Live Symposium, in Texas, 2016. Recordings will be out soon).

From there we went to the fact that some people’s supplement formulas work and work well. Others, using the same or similar ingredients don’t seem to have any “bite”. Wayne brought this up some time ago with my friend William Tiller. 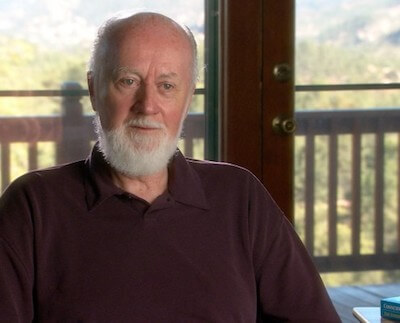 Professor William Tiller, featured in What The Bleep Do We Know?

According to Bill—who you may remember proved that thought intention can “contaminate” a scientific experiment, so that the mind of the investigator influenced supposedly objective scientific parameters—it was likely the pure thought intention of Wayne that made his formulas superior. Wayne doesn’t work solely for money, he works for the love of helping people.

If love can go into Momma’s chicken soup, it can certainly get into supplement formulas! Why the Hell not?

I think it’s in my own super-formulas:

This added ingredient (vitamin L?) would explain why the Passion4Life liquid vitamin formula works so marvelously. The real passion (yes, that’s the right word) of developer Charles van Kessler goes into every drop of the liquid gold he sells. I love taking those vitamins, whereas those from GNC and others make me retch, even at the smell.

Watch me getting excited about what Charles created here.

Back to Wayne: he has promised me a superior munchy bar, with zero net carbs; a paleo or Atkins dieter’s dream! Watch out for that early in the New Year!

I suppose while I am on this topic, I ought to visit the issue of other ingredients in a formula. Things like fillers, preservatives, anti-caking agents, thickeners and the like. In fact, many common “Paleo” foods contain more additives than their Neolithic counterparts! For instance, commercial almond milk and coconut milk often contain thickeners like gums or carrageenan, whereas goat’s milk would not. 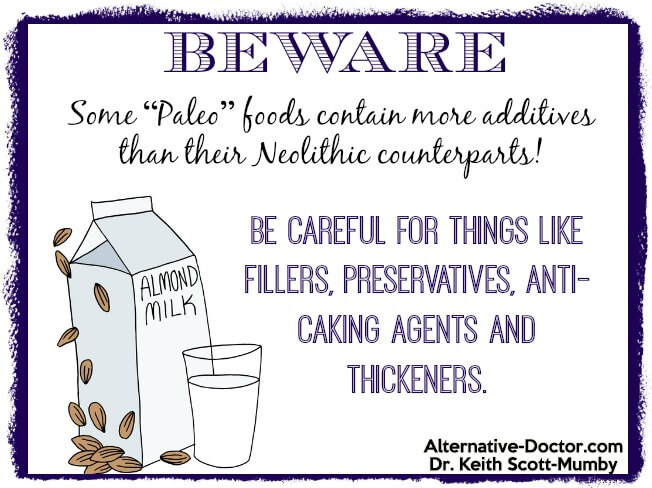 I repeatedly get comments, or even jeers, about the use of magnesium stearate as a binder, usually from self-appointed gurus of holistic knowledge. A few ignoramus busy-bodies, who have never cured anyone of anything, like to put it about that magnesium stearate is toxic.

Well, if you swallowed about 5 tablespoonsful a day, maybe!

A rat study determined that you’d have to take 2500mg of magnesium stearate per kilogram of bodyweight per day to start seeing toxic effects. That means a 150lb person would have to consume 170,000 mg per day (about 6 ounces), which is so far beyond any amount you would encounter in supplements that it’s a non-issue!

To me this is solid proof that magnesium stearate is RELATIVELY NON-TOXIC!

What Is Magnesium Stearate?

A plethora of butters contain valuable amounts of stearic acid, including Kokum, Illipe, Sal, Mango, and Shea butters. A commonly missed oil that contains a gigantic amount of stearic acid (more than any butter!) is hydrogenated soybean oil (sometimes referred to as soy wax or soy shortening). 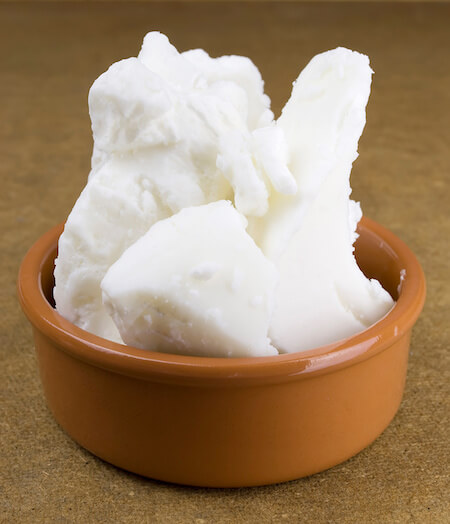 Yummy mango butter! (No, we don’t really eat it.)

You’d consider most of these valuable oils healthful and good for the skin. So why would adding magnesium (of which we are all deficient) suddenly poison you? It wouldn’t. The whole story is wall-to-wall baloney from self-styled “health researchers” (which means they use Google for their “knowledge”).

Magnesium stearate is most commonly used in supplement manufacturing as a ‘flow agent,’ which helps ensure that the equipment runs smoothly and the ingredients stay blended together in the correct proportions.

One study that Googlers like to use as evidence against magnesium stearate is a 1990 experiment entitled “Molecular basis for the immunosuppressive action of stearic acid on T cells.” This is baffling, and I suspect that anyone using this study to finger magnesium stearate hasn’t actually read it.2 (many fakers don’t actually read or understand the stuff they like to quote!)

In the experiment, scientists isolated T-cells and B-cells from mice, put them in a Petri dish, and bathed them in a solution containing stearic acid (along with some other components). They observed that the T-cells incorporated the stearic acid into their cell membrane, eventually de-stabilizing the membrane enough that the cell died.

First of all, this study has nothing to do with magnesium stearate. They just used the plain old stearic acid that you’d find in your beef, chocolate, or coconut oil, so this study could just as easily be used against those foods.

Moreover, none of this is applicable to stearic acid consumed in the diet. Under normal conditions, your T-cells are not bathed in stearic acid, even if you consume superhuman amounts of coconut oil, tallow, and cocoa butter.

Finally, the researchers used T-cells from mice, and in this case, the results cannot be applied to humans. The mouse cells incorporated stearic acid into their membranes because they lacked the ability to de-saturate fatty acids. However, human T-cells can de-saturate fatty acids, so even if you did bathe your T-cells in stearic acid, they would be able to maintain their membrane function.

As I said, it’s all a big nonsense, pedaled by people with no knowledge, trying to make themselves look and sound good.

It should be pretty obvious that the intestinal lumen is a vastly different environment from a shower door, but some people still seem to be concerned. Rest assured, there is no conceivable reason why this transformation would take place in vivo, and I know of no scientific article that even hints at this possibility.