There are a lot of contradicting cholesterol facts out there and you need to separate them from the outdated and outright wrong cholesterol myths (that are rampant).

After all, cholesterol is the major cause of heart disease, right?  According to the government and heart organizations, this villain must be defeated at all costs.

However, the real facts about cholesterol aren’t quite as black and white as you’ve been led to believe over the past four decades.  The major push to villainize a compound found in every cell in your body has to do with money.

Specifically, the massive statin profit machine for pharmaceutical companies (and the doctors who press them on their patients).

Statins and their supposed beneficial effects are probably the greatest medical scam of all time.  It’s a dirty mix of lies, massaging facts, distorted statistics, and relentless marketing hype.

The result is a complex (and believed by most) myth that statins are effective and work so well they are practically essential for life.  This belief is so ingrained in conventional medicine that a doctor who doesn’t prescribe them to everyone over the age of 50 is considered negligent.

However, there’s abundant scientific evidence that statins reduce longevity (death from all causes), ruin your quality of life, and do NOT do what is claimed.

Statins cannot and do not work.

Once you understand the role of cholesterol in your body, it’s no wonder statins shorten overall lifespan.  Their supposed mode of action is reducing cholesterol because too much cholesterol is “bad” for you.  If you believe this statement (shouted near and far for 40 years), then you would have to assume that statins would be a “good” thing.

There are two glaring problems with this theory…

The biggest cholesterol fact to know is that cholesterol isn’t the bad guy it’s been made out to be and it wouldn’t be the focus of preventing heart disease if statins weren’t so profitable!

Now, I have a lot of valuable information in my book The Truth About Statins and I highly recommend it if you’re being pressured to take this prescription.

I’m not saying there’s never a case where they might help a patient.  However, the number of patients who possibly benefit from these pharmaceuticals is microscopic compared to the number of annual prescriptions filled!

Not to mention the horrific side effects of statins. 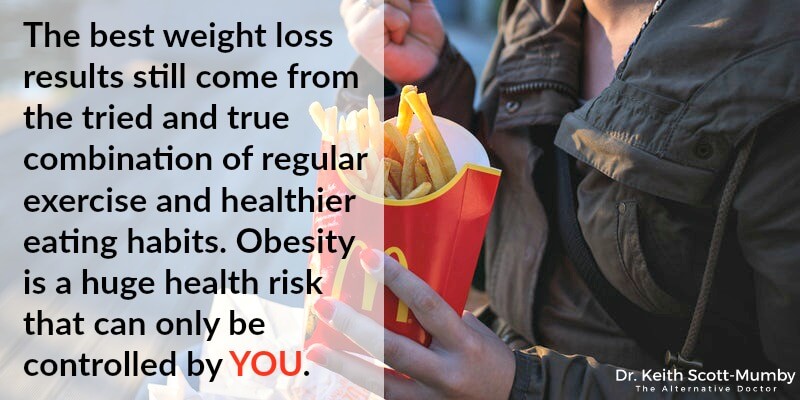 There are three health factors that are a much bigger problem than your cholesterol readings!  These are the true killers behind heart disease and all three of them can be controlled (by you) in natural and effective ways.

Unfortunately, weight loss doesn’t work instantly – especially if you want to keep it off.  There is no miracle drug.  The best results still come from the tried and true combination of regular exercise and healthier eating habits.  Low-impact exercise (walking, cycling, or swimming) and quality food that limits sugars, simple carb, and garbage fat (junk food, fast food, processed food) is the simple key to weight control.  Fill your diet with fresh fruits and vegetables, lean meats, and plenty of water.  You will shed those unwanted pounds…permanently.

Worldwide, it is estimated that one billion people suffer with hypertension and many of them might not even know it.  It is referred to as the “silent killer” because it can go undiagnosed and untreated…because you may never experience a single symptom to alert you to a problem.

Systolic (the first or top number) indicates how much pressure the blood pumping through your veins is putting on your arteries during each heartbeat.  Diastolic (the second or bottom number) indicates how much pressure remains on your arteries between heartbeats.  Your blood pressure is considered “normal” if it is consistently lower than 120/80 – being consistently higher puts you at risk for hypertension.  Readings consistently higher than 140/90 means you probably already have high blood pressure and your risk of heart attack or stroke is increased.

HBP plays a role in 15% of deaths every year.  Most people with elevated blood pressure control it with medication.  However, there are ways you can lower it naturally.  Never stop taking prescribed medication until you speak to your doctor.

Exercise is extremely effective to lower blood pressure as are relaxation exercises, decreasing your caffeine and sodium intake, and eating more potassium-rich fruits and vegetables.

Once again, exercise can lower blood sugar levels!  There is no getting around the fact that we need movement for a healthier and longer life.  Decaffeinated coffee can bring your blood glucose levels down, as can unsweetened green tea.  In some cases, one cup of green tea has been found to lower blood sugar by as much as 30 points!

Adding apple cider vinegar to your salad can help block some of the post-meal insulin spike associated with consuming carbohydrates.  Dashing some cinnamon on to your breakfast, coffee, or dessert has shown great promise in scientific studies.  Cinnamon contains a compound called MHCP, which has effects similar to insulin.

Even relaxation exercises have been shown to be effective for some patients.

You don’t want your cholesterol raging out of control but there was a time that 300 was considered a healthy level – and we had much lower rates of heart disease back then.

There is a serious disconnect in mainstream medicine about cholesterol.  There’s a big difference between eliminating ALL CHOLESTEROL from your diet and changing what foods you eat that contain it.  Also, how your body processes it and how much it produces.

Eating a healthy diet (I’ve talked about this extensively) 95% of the time will go a long way to protecting every organ in your body, improve quality of life, and lower all disease risk.  Good foods your body wants and needs are naturally balanced with the “good” cholesterol your organs depend on to function properly.

That’s a cholesterol fact you can take to the bank (and your doctor).