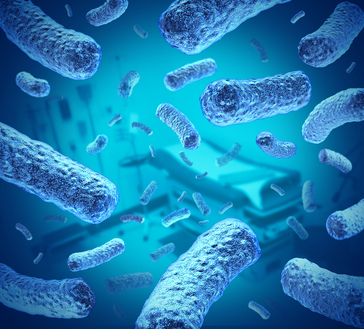 I don’t mean human terrorists, of course. I mean microbes. I have written frequently and pointed out that the “Golden Age” of antibiotics is over. Sometimes I wonder—even myself—if raising the alarm is the right thing. People seem to want to stay asleep, while danger gathers on every side. It’s more comfortable.

Well, is it too cruel to point out that comfort is only relative and if you are one of the individuals carried off by some creepy infection, with a name that’s hard to pronounce, then remaining ignorant of the dangers not a good idea.

As I keep writing and teaching: adaptation and getting round problems is what living organisms do. Life forms are incredibly clever (like the breakaway dinosaurs in Jurassic Park). Developing a trick to stop antibiotics having any effect is rather easy for bacteria; in fact the first resistant strains sprang up within just a few years of the discovery of penicillin!

Victoria Richards, an associate professor of medical sciences at the Frank H. Netter MD School of Medicine at Quinnipiac University in North Haven, Conn., said, “Bacteria don’t want to be killed. When we try to kill them with antibiotics, they are going to fight back. It’s an ongoing battle.”

See, microbes multiply very fast. They can go through 50 generations in less than a day! That makes them very formidable opponents.

Now scientists have uncovered a key factor to explain why antibiotic resistant bacteria can thrive in a hospital setting. Tiny circles of DNA called plasmids appear to be the culprit. Plasmids can easily enter bacteria and move from one bacteria to another and carry with them a gene that makes bacteria drug-resistant.

Plasmids are helping the antibiotic resistant bacteria fight back!

A recent study looked into the effects of plasmids carrying the antibiotic-resistant gene to a class of antibiotic called carbapenems. These are recognized antibiotics of last resort, and carbapenem-resistant Enterobacteria (CRE) are bacterial pathogens that are said to pose a “formidable” threat to hospitalized patients.

The incidence of CRE has quadrupled in just the last decade in the United States, according to background information in the report and CRE has now been detected in nearly 4 percent of hospitals and about 18 percent of long-term acute care facilities. That’s a very unpleasant level of threat.

But it’s worse: these key organisms are not just resistant to carbapanems but to most, if not all, antibiotics. Investigations have reported a death rate of 40 percent to 80 percent from infection. The new report, published Sept. 17 in Science Translational Medicine, showed that plasmid transfer in hospitals is likely contributing to the increase in antibiotic resistant bacteria.1

Think you are safe because you don’t plan to go to hospital? Afraid not!

Bacteria like Klebsiella and Enterobacter which are found everywhere, including in healthy stomachs, are becoming increasingly resistant to last-resort antibiotics.

Using advanced DNA sequencing of samples from more than 1,000 patients, researchers were able to see the complete genome of bacteria samples and identify the antibiotic-resistant genes—the plasmid—located in those samples.

What they saw was that plasmids can multiply independently and integrate their DNA with the DNA of the bacteria. Worse: plasmids that have the gene that inactivates certain antibiotics and can be transferred to many bacteria, not just one species.

Plasmids are sort of undercover bacterial CIA agents, trying to wipe out any threat to bacterial cousins from any source!

The trouble is that resistant bacteria are spread widely by us humans. A person doesn’t need to be sick to carry a resistant strain. He or she could be what we call a “carrier”, which is a silent mole in the camp.

Of course orthodox doctors know little of holistic methods for controlling infections, including pathogens of all kinds. They think if antibiotics don’t work, everyone is dead!

Dr. Marc Siegel, an associate professor of medicine at NYU Langone Medical Center in New York City, is typical of this view: “Carbapenems are the best we have. So if you’ve got carbapenem-resistance, there is nowhere else for us to go. We don’t have a secret treatment up our sleeves.”

In fact there are many ways of stopping antibiotic resistant bacteria in their tracks. They are not secrets. The truth is out there!

The vast majority of known herbals, for example, are very effective and quite safe. What’s great news is that natural remedies tend not to promote resistance. In other words, they have always been effective and continue to be so. That’s because it’s Nature against Nature (in effect), not Nature against human ingenuity.

So while hospital doctors are fussing about isolating cases, and hygiene and human carriers, they are leaving the backdoor wide open.

We can close it—slam it shut. We can kill huge numbers of bacteria safely, quickly and permanently. To my knowledge, there has yet to be an instance of bacteria developing resistance to vitamin C in high doses, lavender oil, Stolle milk, artemisinin*, UV light, homeopathic nosodes, colloidal silver and hosts of other compounds, herbs and technical wizardry I have written about.

[*sadly, we do now have Artemisinin-resistant malaria parasites]

Moreover, some of these natural remedies are very powerful indeed; they are by no means the cissy option. A certain white tea extract, for example, is actually more powerful than vancomycin—another of those “last ditch” antibiotics… and that’s official, from a study conducted for the US Dept. of Agriculture.

Yet these powerful and safe alternatives are simply ignored in what passes for science. It’s not science at all, of course, to let prejudice stand in the way of truth. But they like to be considered “scientists”; they just don’t have the integrity that should go with the title. 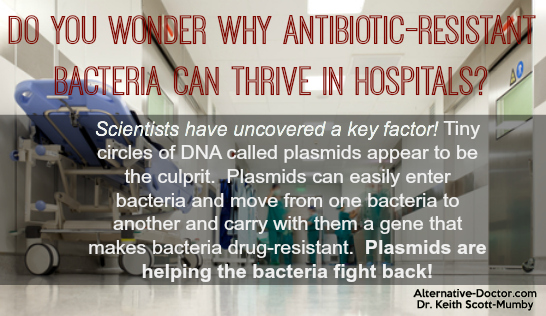 Fortunately, as the study’s co-author, Dr. Tara Palmore, an infection control specialist at the U.S. National Institutes of Health, “We are still at the point where we can make a difference in terms of controlling the bacteria.”

She’s right. We can. But not by frittering away the last few years of effective antibiotics, as had happened so far.

What is needed is a massive switch to safer, older, more (long-term) effective remedies that have stood the test of time. Antibiotics were brilliant for over 60 years; nobody denies that. But they did not have the staying power. It’s over. The Age of Antibiotics is dead!

To learn about what can stand in the stead of these wonder drugs, you need to get a copy of my alternative antibiotics manual, called “How To Survive In A World Without Antibiotics”.

You’ll be astonished at 3 things when you read it:

In fact I guarantee you’ll be delighted. My book helps keep the world safe; by putting there what’s needed to replace antibiotics in the future

Get it now and read it right away—don’t wait till someone is ill. I can’t say this often enough: bacteria are deadly because they are so FAST. There are countless cases of someone alive and well at breakfast time but dead by the end of the day.

It’s scary. But not if you have this book to guide you…

From the early 1980s I’ve known something most doctors don’t: antibiotics contaminate our food. In my 1985 book The Food Allergy Plan, I wrote about fish being sprayed with antibiotics as it was landed on the dock. The stupid idea was to stop it rotting quickly. But that’s a major health risk to individuals sensitive to antibiotics. The fish don’t get labeled.

Now a current Canadian case highlighted that exact same problem. A 10-year old girl went into serious anaphylactic shock, due to the presence of antibiotic residue on the blueberries she ate in a blueberry pie.2

Researchers suspected streptomycin, which is commonly used in orchards to fight bacterial growth, and intradermal skin tests confirmed that it is an allergen for the child.

We know about antibiotics in milk and meats, of course. Now I am suggesting you add fruit to your list of foods to watch.

That’s another reason that I never see discussed anywhere, to avoid the use of antibiotics as much as possible and seek safe alternatives. 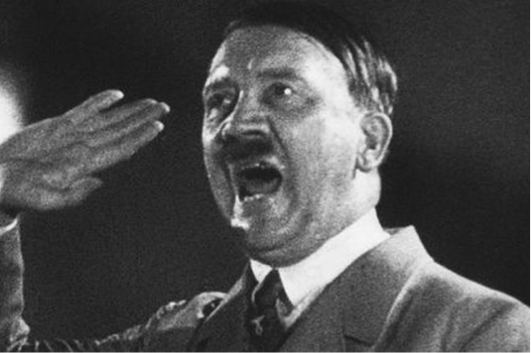 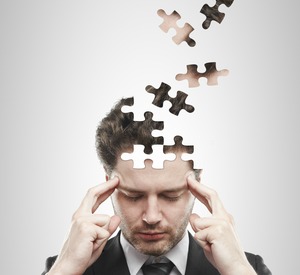 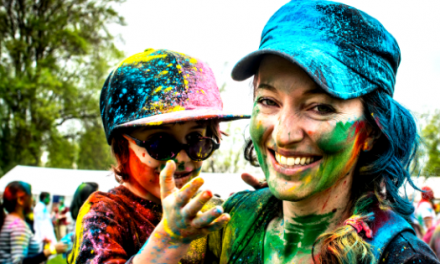 Are We Addicted to Our Food Allergies?