I love to tell the story of King Buddhadasa, of Sri Lanka (whose reign lasted from 341 to 370 AD). He was a very enlightened king; a doctor as well as a monarch. He had medical and surgical skills, carried a surgical kit everywhere and would stop his palanquin to operate on sick patients, sometimes by the roadside—this was in a time when you could get beheaded for just touching the king! He was a very humanitarian and courageous ruler.

One of the (many) legends of his life was operating on a sick Hamadryad (a huge king cobra). The king quickly diagnosed the snake was writhing in agony because of a large abscess. He took his scalpel, relieve the pus, and all while the deadly snake lay quietly and let him do it!

HOWEVER, that’s not the king I want to talk to you about! No siree!

I’m going to introduce you to King Mithridates and share with you why I love him as part of my OWN personal medical history.

Mithridates or Mithradates VI Eupator was a ruler of the Hellenistic Kingdom of Pontus in northern Anatolia (Turkey) from 120 to 63 BC, and one of the Roman Republic’s most formidable and determined opponents. We all know the Romans’ obsession for eliminating undesirables using poison. Locusta of Gaul was a famous Roman poisoner and put to work by several emperors and wannabes, before the latest in line had her executed, for his own safety, one presumes!

Wikipedia carries the story that she was raped to death in the public arena by a giraffe but I consider that absurd. It would be hard to get a lion or dog to rape a woman, never mind anything as HUGE as a giraffe. 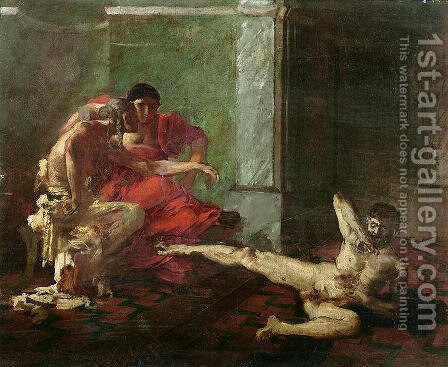 Locusta testing a poison on a slave by Joseph-Noel Sylvestre.

Let’s just say her career as a poisoner came to a very bad end.

Mithridates was quite rightly anxious that he was going to be slipped a deadly drink or killer portion. So he hit on an idea…

He decided to take a daily concoction of poisons, so that his body would become accustomed to them. That way, he hoped, his body would be able to tolerate any   assassination attempt using poison.

History of course is quite tenuous for this period. But it is said Mithridates survived several assassination attempts. Due to his affinity for poison he became known as The Poison King [Wiki].

In the end it worked out very badly for him because he attempted suicide after being defeated by Pompey and it didn’t work! He didn’t die because of his acquired immunity. He had to have his Gallic bodyguard and friend, Bituitus, run him through with a sword.

There is a lot to this exceptional king but we leave history there. The important point is his invention of what we now call a “mithridate”, meaning a protective concoction, which gets the body accustomed to a poison, and so mitigates the toxic effect. 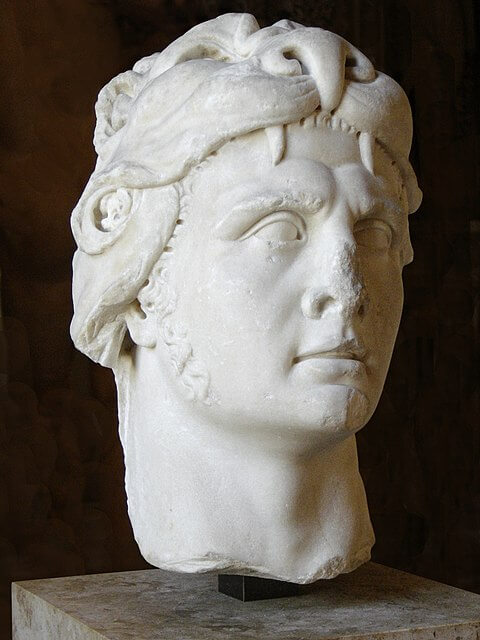 A bust of King Mithridates VI in the Louvre, Paris. He looks quite handsome, doesn’t he?

Long before I learned the history of Mithridates, I was using custom mixtures to protect people against their toxins and allergies. The technique was first developed by Carleton Lee MD of Missouri.

Lee was injecting patients with allergen mixes of various strengths. He noticed the shots would sometimes trigger symptoms—no surprise there. But what STUNNED Lee was that, on occasion, he would inject a particular strength allergen and the patient’s symptoms would suddenly vanish—within minutes.

Carleton Lee was a smart guy and pretty soon worked out a methodology from this serendipitous discovery. It would start with testing an allergen with a skin injection. If the wheal grew, that was some evidence of an allergy. But often it would provoke a symptom and that was the first lesson I ever learned: never mind if the patient was sensitive to house dust or cat fur: if you injected (say) tomato and the person started an asthma attack, you knew THAT was the real problem.

But then giving weaker and weaker strength shots, there would come a point where the reaction disappeared; meaning the symptoms vanished. So we gave the patient this exact weaker dose as a neutralizing remedy. Either the patient injected it or (in my facility) administered it as drops under the tongue, taken just before eating (sub-lingual desensitization).

The technique became known as “provocation-neutralization” testing: we provoked the reaction, then we neutralized it. Another name was “serial end-point skin titration” (titration means test measurements). It protected or “mithridated” the patient!

But actually, in the course of time, it became known as “Miller’s Method”! Joe Miller MD wrote the definitive book and description of this technique and taught it to other doctors, worldwide. So the name stuck. Later, Carleton Lee’s widow tried quite rightly to establish that it was at least called the “Lee-Miller” method. But the eponym Miller’s Method stuck hard.

We didn’t just do obvious allergens, like food, mold or house dust mite. In time, we realized that patients were reacting strongly to ambient chemicals. The concept of the environmentally or chemically sensitive patient was born. By the mid-eighties, we were testing and “neutralizing” reagents like formaldehyde, phenols, petroleum and household gas (a bad one).

That was one step nearer Mithridates original concept of poisonous substances, being imbibed daily, as a protection against toxic encounters. Some of our patients took a cocktail of substances, exactly as the ancient king had done.

History came into a full circle. Kingly whims and notions became true science. I was there! Hence my affection for Mithridates.

In the 1980s and 90s there were thousands of doctors, worldwide, using Joe Miller’s technique. It was always attacked and scorned by orthodoxy. I was once accused of quackery. But when 4,000 qualified and legally-registered doctors in one country (the USA) practice the method, it’s hard to make such an accusation stick.

Now you can go on the internet and search “sub-lingual immunization therapy” or SLIT and there are literally hundreds of thousands of returns (I got over half a million; see next image). Suddenly it’s not quackery but mainstream medicine. Good on you, King Mithridates! 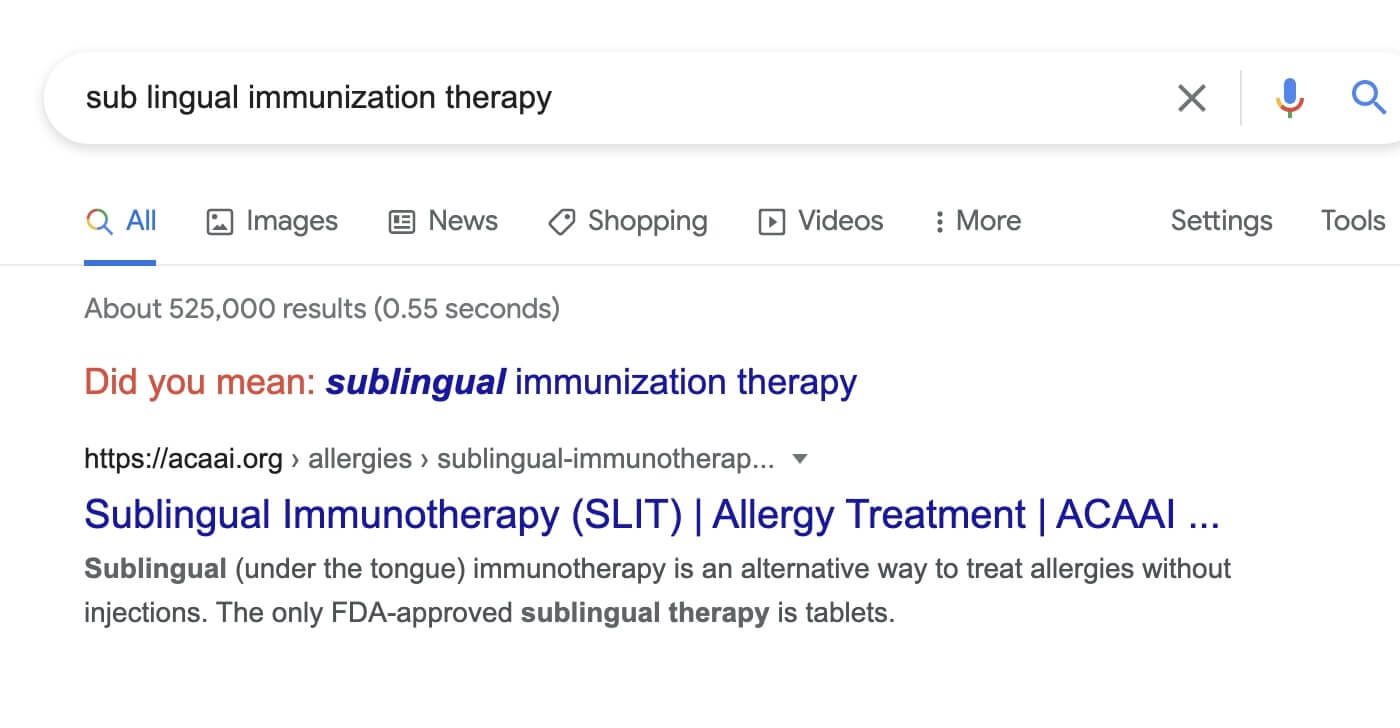 The Johns Hopkins website states, “Sublingual immunotherapy, [is] an innovative alternative to allergy shots, for patients suffering from a wide range of allergies.

“Immunotherapy treats the cause of allergies by giving small doses of what a person is allergic to, which increases immunity or tolerance to the allergen and reduces the allergic symptoms. Unlike injection immunotherapy, which is given as shots, sublingual immunotherapy is given as drops under the tongue.”

So there you have it!

Be well, be wise.