Those of you who have been with me a while will know I am APALLED by the state of modern science: it’s phoney, fascistic, dishonest, self-serving, driven by profit, and the love of knowledge and advancement seems to have fled in the face of this onslaught.

Nowadays “progress” is measured by newer incarnations of software packages, the latest operating systems and online worlds of gaming and misbehavior. Kids will probably grow up believing that if you don’t like somebody, or they stand in your path, you press a button and ZAP them. No, really! 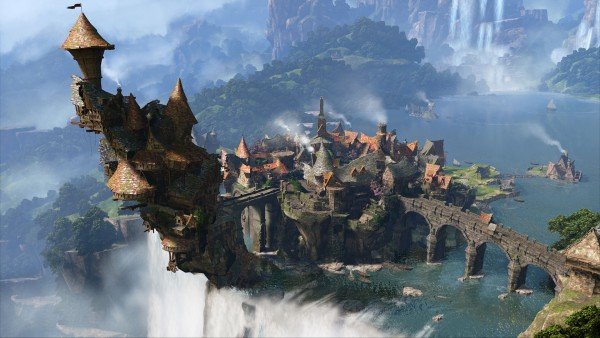 As I said before (newsletter: May 29, 2021 “Latest Geeky Science Tells Us How Long We Can Live”), a computer will only tell you what you tell it to tell you! But the idea that what computers spit out is, by definition, true, has taken a firm hold on the public psyche and even that of hardcore scientists, who should know better.

There is currently a large disconnect from reality and the digital-fix reality that many have now started to believe is now “real”!

The latest mumbo-jumbo science is that Japanese astronomers have programmed some AI to remove what they call “noise”, that is: differences between what is actually out there and what they want to be out there. AI has since re-created and adjusted reality to fit the current astronomical theory.

I mean… who needs observations in science any more? Just tell a computer to reproduce your model and—Bingo!—your model is now true.

They’ve done it with gravitational waves, black holes, computer psychiatry and “pandemic modeling” (how big a disconnect was THAT?)… So why not galaxies?

Apparently, the Japanese computers were instructed to put “dark matter” there. Well, that solved that difficult problem at a stroke. The current model needs dark matter; there isn’t any. So we do a digital-fix and dark matter suddenly appears on this digital landscape, reality is now all good, (not in the real world, of course, but who cares any more?)

It’s like saying the dodo is not extinct; look, here: we have a hologram of a dodo; it moves, it walks, it squawks. We have just adjusted reality so the dodo reappears and now that is “the truth”. The dodo never died.

The problem with their picture of the universe, they claim, is “shape noise”, the difficult decision on whether a galaxy is distorted by light bending, or lensing as it’s called, or whether the galaxy really is not the perfect shape we wanted. So, this is a great scientific idea: let’s UN-distort all those galaxies, we’ll claim it’s noise, so we are justified in re-writing nature in Man’s perfect image.

No need to be concerned we may have the wrong cosmological model. We’ll just do a digital-fix, stick all our errors into the AI, and then we are proved right, after all.

I’m half expecting them to produce new images of the earth showing it really IS flat, after all!

You might think I’m making this all up… but the website of the ATERUI II, world’s most powerful supercomputer, actually states that we have moved to a “new” type of astronomy called simulation astronomy, which uses the computing power of giant computers. “Using simulation, we are now able to numerically solve equations that cannot be solved analytically.” ATERUI II, they state arrogantly, “aims to depict a more realistic Universe…”

The official language says that “Japanese astronomers have developed a new artificial intelligence (AI) technique to remove noise in astronomical data due to random variations in galaxy shapes.”

But galaxies are variable in shape and size! It’s not science to pretend they are not. And then—surprise surprise—they found that “the mass distribution derived from using this method is consistent with the currently accepted models of the Universe. This is a powerful new tool for analyzing big data from current and planned astronomy surveys.”

So we can have a universe that runs backwards, heavier than air objects that float upwards, talking stones that can quote Shakespeare, fire that builds instead of consuming and dry water. Anything you want! Just name it and we’ll produce some AI programming, to prove it’s real!

To compensate for the problematic shape “noise”, the Japanese team used the ATERUI II to generate 25,000 mock galaxy catalogs based on real observational input data from the Subaru Telescope in Hawaii. They then added realistic noise to these artificial data sets, and trained an AI to statistically recover the lensing dark matter from the mock data. [Don’t miss this trick: “adding realistic noise” means they trained it to remove anything which conflicted with the current untenable cosmological model!]

Notice how they “slip in” the idea that dark matter is a fact. The truth is there is no dark matter. It does not exist. After over 60 years of trying to find it, they should quit. There are better models to work with.

Then using this AI on real data covering 21 square degrees of the sky, the team found a distribution of foreground mass consistent with the standard cosmological model.

The Subaru telescope, atop Mauna Kea in Hawaii.

“This research shows the benefits of combining different types of research: observations, simulations, and AI data analysis.” comments Masato Shirasaki, the leader of the team, “In this era of big data, we need to step across traditional boundaries between specialties and use all available tools to understand the data. If we can do this, it will open new fields in astronomy and other sciences.”

But that’s the end of real science, which is based on WHAT IS, not what some computer is programmed to manufacture.

In 2015 the Oxford Dictionary chose as its word of the year “post-truth”, after we’re finished with truth and real things. Throughout the scientific criminality surrounding our supposed pandemic, I thought how peculiarly apt it was to come up with this term, at this time.

But it seems to me now that this term applies to everything in the modern world: politics, economics, medicine and so-called science. Mankind, as I said in my earlier newsletter, is gone back to medieval times and medieval thinking, where you accept the truth as you are told it by the authorities. Just STFU, for those of you who know what that means.

Here’s to calm seas and a fair wind.